WATCH: Fox News struggles to figure out which conspiracy about the Orlando massacre to peddle

Fortunately, Juan Williams and Megyn Kelly can admit that human beings can be complex creatures 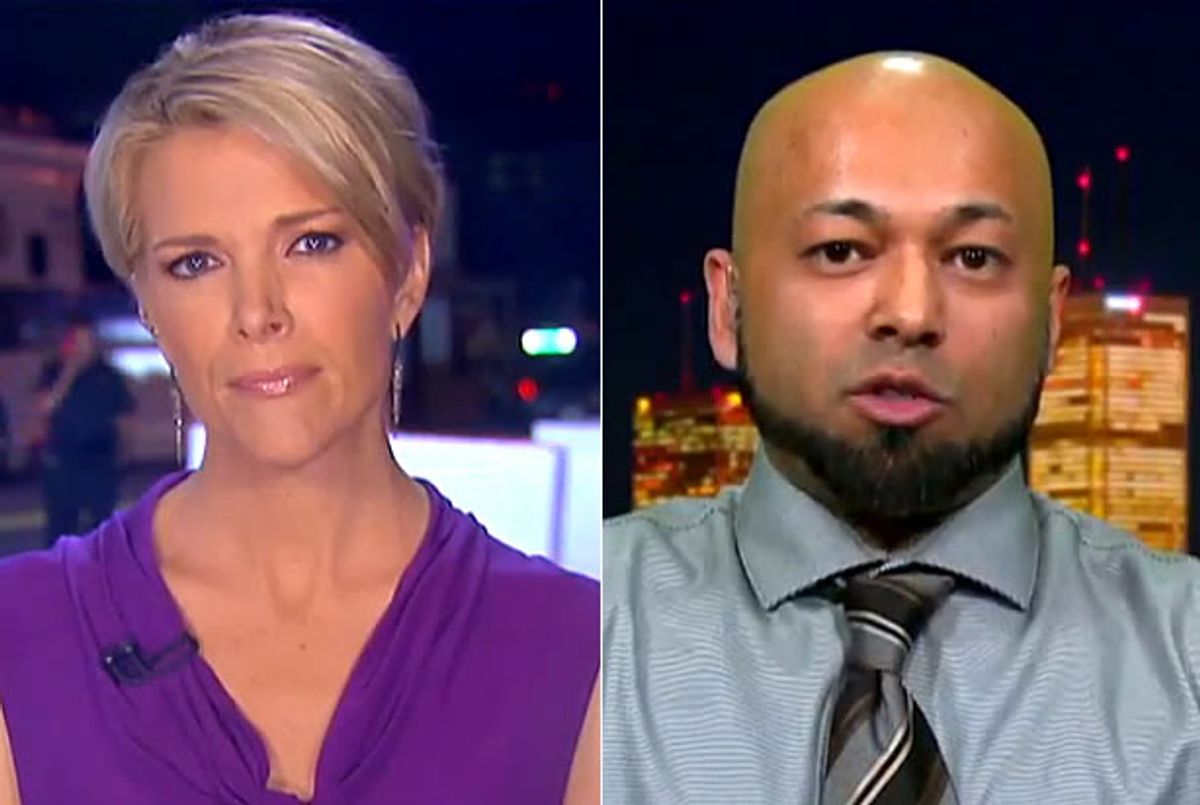 On Tuesday afternoon, the panelists on Fox News' The Five shouted down Juan Williams' suggestion that Omar Mateen selected the Pulse club because he himself was a closeted homosexual, calling it "a crazy conspiracy theory" peddled "by people who refuse to accept what this is, global jihad in the name of ISIS."

"There could be a much broader conspiracy behind this," Fox News contributor Sebastian Gorka said. "What his sexuality proclivities are, it seems to be a diversionary tactic -- this is a man who said, 'I am doing this for ISIS,'" Gorka added, apparently finding it acceptable to take a man who murdered 49 people at his word.

Their Fox News compatriot Megyn Kelly apparently didn't get the message as to which "conspiracy" was the operative one, as she invited Mubin Shaikh -- a former jihadist-turned-informant for the United States -- onto The Kelly File Tuesday evening to discuss how the "identity crises" of second-generation Muslim Americans can lead to radicalization.

"It's hard to decide who you're supposed to be," Shaikh said. "Some people in the United States feel people are saying to them, 'You're not American. We don't consider you American enough.' So they look at other identities that they can latch onto."

As for Mateen, Shaikh said "he couldn't handle the fact that he was gay, and he took it out on the LGBTQ community in order to destroy his former self."

Kelly agreed that it did "sound like he was gay, he was frequenting gay websites, gay dating sites. So what's to be done about this? We can't go around targeting everyone with immigrant parents, can we?"

Watch the entire segment from The Kelly File below.

Watch the discussion on The Five below.