So much for Hugh Hewitt's plan to defeat Donald Trump: "The GOP can’t afford to abandon a Trump candidacy," the pundit now says

Hewitt gets behind Trump, merely a week after plotting to undermine him at the RNC 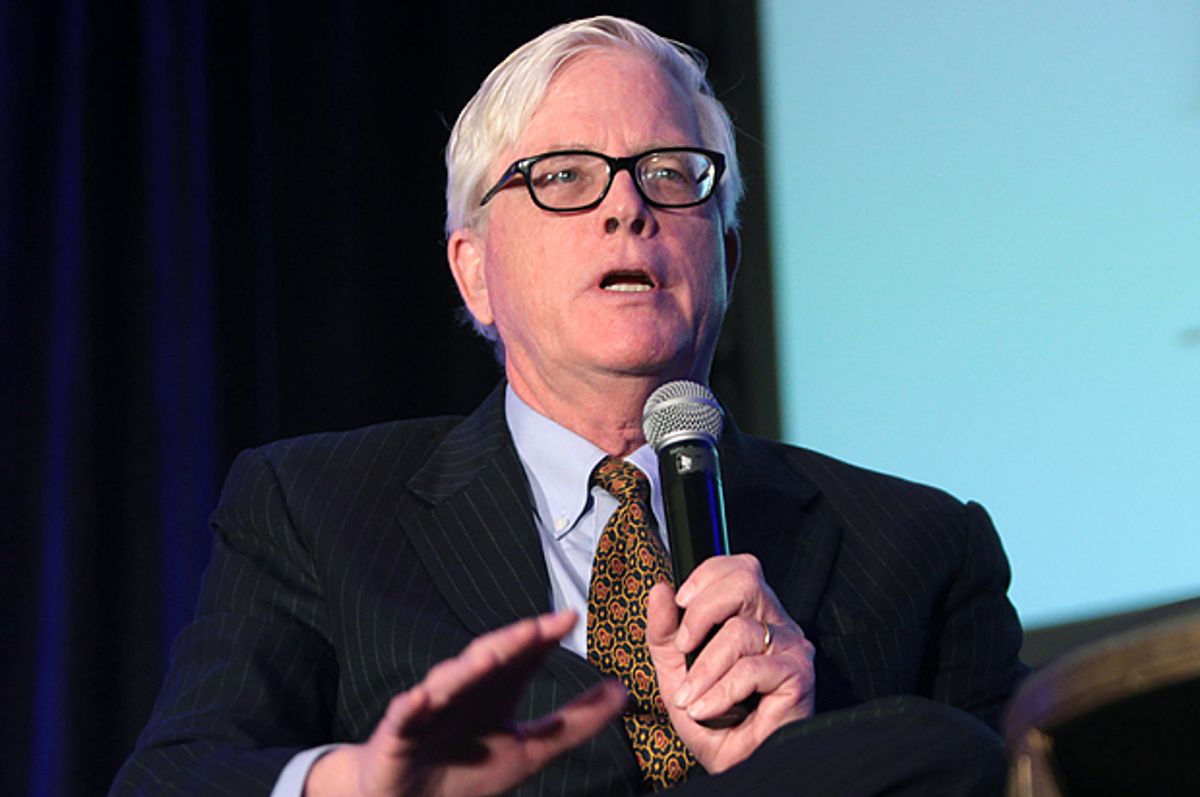 Whether affected by the weekend's attack in Orlando or GOP nominee Trump's campaign's threat to ban him from the convention, Hewitt is reversing his position and urging Republicans to rally around Trump because presumptive Democratic nominee Hillary Clinton presents "the real risk."

"The tragedy in Orlando shifted the nation’s attention back to the enormous threat posed by radical Islam, and Trump demonstrated that unlike Clinton and Obama, he understands the magnitude of the crisis," Hewitt wrote in a Washington Post Op-Ed Wednesday. "What is happening in real time is a return by Trump to a sharp focus on national security and immigration reform — a focus that brought him victory after victory in the fall. If he stays on those themes, and the über-theme of shoving aside political correctness, Trump’s appeal will steady and then climb."

"Because ticket-splitting has dropped to all-time lows, the GOP can’t afford to abandon a Trump candidacy," he continued. "Without him, Republicans risk low voter turnout in November and losses in statehouses across the country — scuttling the chance to advance conservative priorities at the state level, regardless of what Trump does while in office."

Read the full Op-Ed over at The Washington Post.