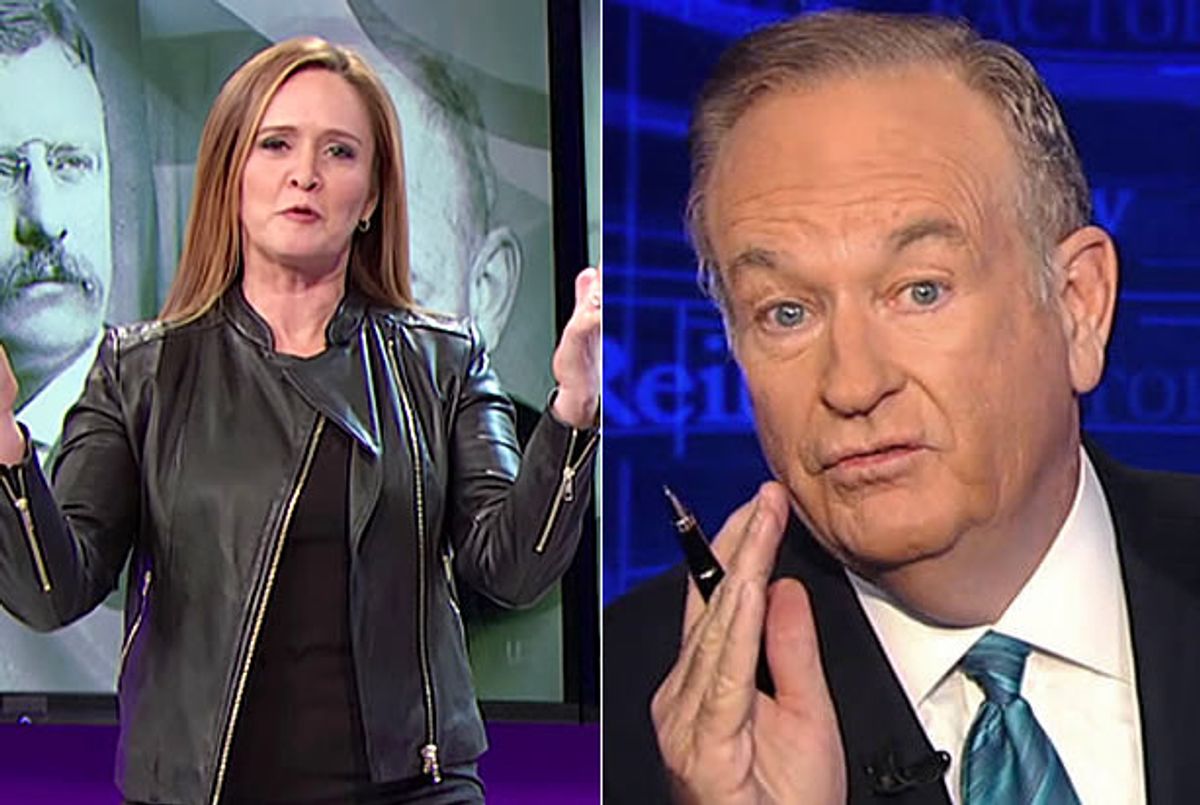 On The O'Reilly Factor Wednesday, host Bill O'Reilly and guest Dennis Miller were incensed that Samantha Bee had the audacity to mock the efficacy of prayer on Full Frontal Monday -- even though she didn't mock prayer per se, only prayer unaccompanied by the action the Bible implores the faithful to pair with it.

O'Reilly replied that "we deal with this from a policy and historical vantage point, and we hope our politicians wise up and mobilize and protect us better."

"The one commentator," O'Reilly replied, "I guess it was Samantha Bee, who mocked people who were praying for the victims -- I mean, look, it's a secular world we live in, but it was offensive to me."

"You know, Billy, when they talk about -- when they come out and say someone's 'Hitler-like' after something like this, the only person who's Hitler-like to me is that shooter," Miller said, apparently referring to Bee. "Taking a group of people he hates and gunning them down -- that's Hitler-like."

Miller then placed Bee in league with President Barack Obama, who is "attuned to the needs of the entire world except for 48 or 49 percent of this country, which he seems to treat scornfully."

Miller later attempted to use some of his trademark "wit," claiming that "political correctness is becoming to Obama what the fiddle was to Nero."