"Finding Dory" is more than just another Pixar cartoon: It's a powerful portrayal of living with a learning disability

Living with a disability can be isolating, and this movie translates that loneliness perfectly for kids and adults 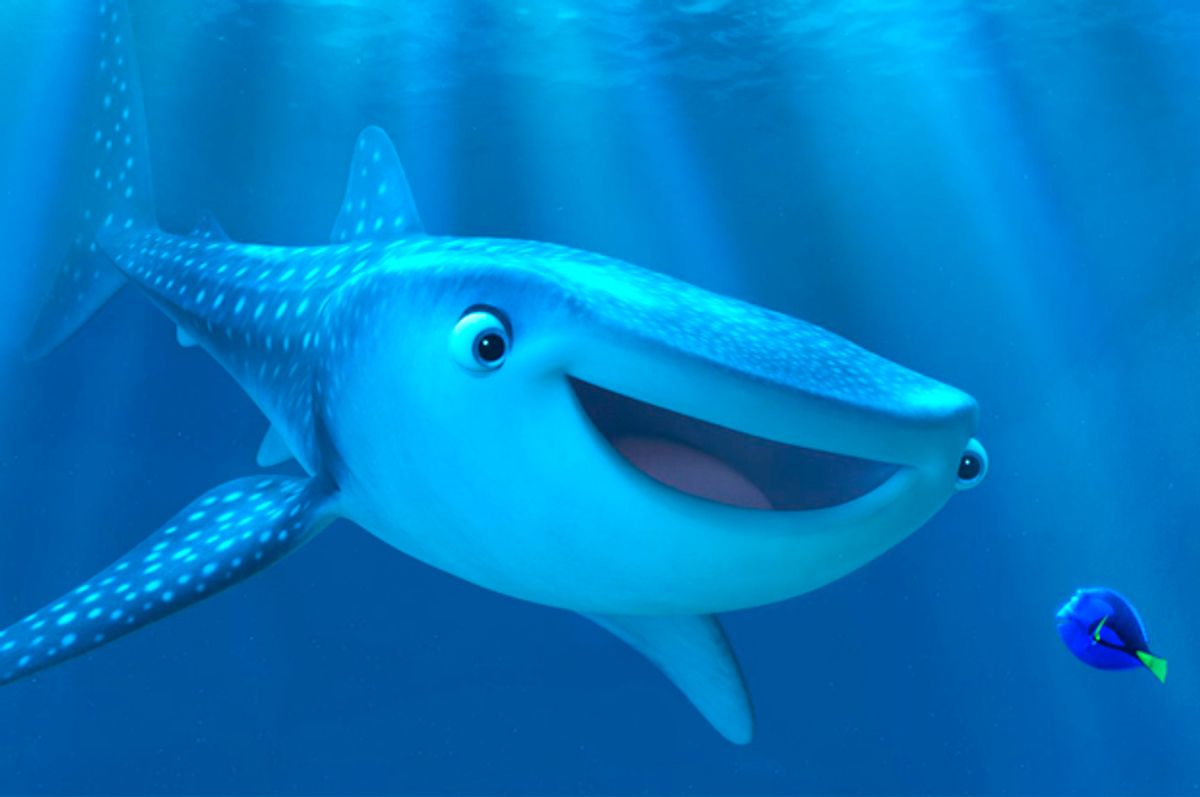 There is a Yiddish word, verklempt, that roughly translates as being choked up to the point of near-tears without actually crying. If you grew up with a learning disability or raised a child with one, there are plenty of scenes in Pixar's “Finding Dory” which will have that effect on you… and considering that quality family films about learning disabled characters are a rarity, it is refreshing to see “Finding Dory” rise to that challenge.

One scene in particular resonated with me: Dory’s parents, who recognize her short-term memory problems when she’s very young, are discussing whether she’ll be able to have a future. Her mother is hysterically crying because she’s terrified that her child won’t be able to make it on her own, and the father’s efforts at reassurance are as much for his own benefit as hers. Shortly thereafter she is whisked away in an accident, no doubt confirming their own worst fears.

While I’ve never had a child myself, I was diagnosed with Asperger’s Syndrome as a child, and I can only imagine that my parents had doubts similar to Dory’s when they heard the news. I know for sure that, like Dory, the awareness of my limitations had a profound (if at times subtle) effect on how I behaved toward others. When you spend your entire life knowing that you’re “different,” you apologize more often (as Dory does in the film), just in case you’ve messed up in some way indiscernible to yourself; you blame yourself for the hardships caused to your parents (again, like Dory); and when you find people who accept you for who you are, and even point out that your weaknesses can become strengths, the notion frequently comes as a shock (points again to Dory).

Indeed, there aren’t many films that depict the struggles of having a learning disability quite as effectively as “Finding Dory.” Part of the film’s advantage is that, instead of focusing on a specific real-life syndrome, it uses Dory’s generic short-term memory loss as a stand-in for any disability that comes to mind. Whether you suffer from dyslexia or OCD or ADD, there is probably some aspect of Dory’s perspective with which you can identify. The common thread binding all such conditions isn’t a particular symptom or set of symptoms, but rather the inability to meet society’s expectations about what a “functional” individual is able to do. Everyone around Dory can remember things, so the assumption is that she can, too. When she can’t, the default is to blame her.

This is a lonely way to go through life, and the most powerful visual moments of “Finding Dory” are illustrations of that theme: Dory’s tiny bright blue form swimming against a vast expanse of ocean, in chilling blues or murky greens. It is easy to understand her state of mind when set against such a literal physical isolation, and one of the movie’s greatest strengths is understanding that this loneliness is the real heart of its story — not the ins-and-outs of memory loss. One of the earliest scenes of the movie shows young Dory asking her parents, “What if I forget you? Would you ever forget me?”

There is a deep underlying truth to Dory’s question. All of us, learning disabled and otherwise, are driven by a fundamental need to know that our lives are important. We must know not only that we won’t forget the people who are important to us, but that they will remember us — that we matter. Fortunately for Dory, she has a cheerful disposition, creative mind, and genuinely good heart, so there are plenty of characters around to reassure her of her own significance.

This isn’t true for everyone, though, and if there is one message I hope each moviegoer can take from “Finding Dory” - and especially those who have learning disabilities, or love someone who does — it is to embrace your own special place in the lives of those who mean the most to you. We live in a threatening and cynical time, one that makes it very easy to pen lengthy op-eds about what is wrong with man and society, but this simple truth needs to be reiterated if we’re going to preserve anything worth keeping about the human condition. All of us are flawed, and while some of those flaws are more conspicuous than others, each human being nevertheless possesses the innate ability to make the lives of the people around them happier and more meaningful by simple virtue of being who they are.

If “Finding Dory” can make that message part of our cultural zeitgeist when confronting learning disabilities, it will have performed a truly wonderful public service. Who would have thought one of the deepest films ever made about learning disabilities would star a talking blue fish?