Little reality in Trump TV: Experts say the GOP nominee's reported desire to start a network is a pipedream 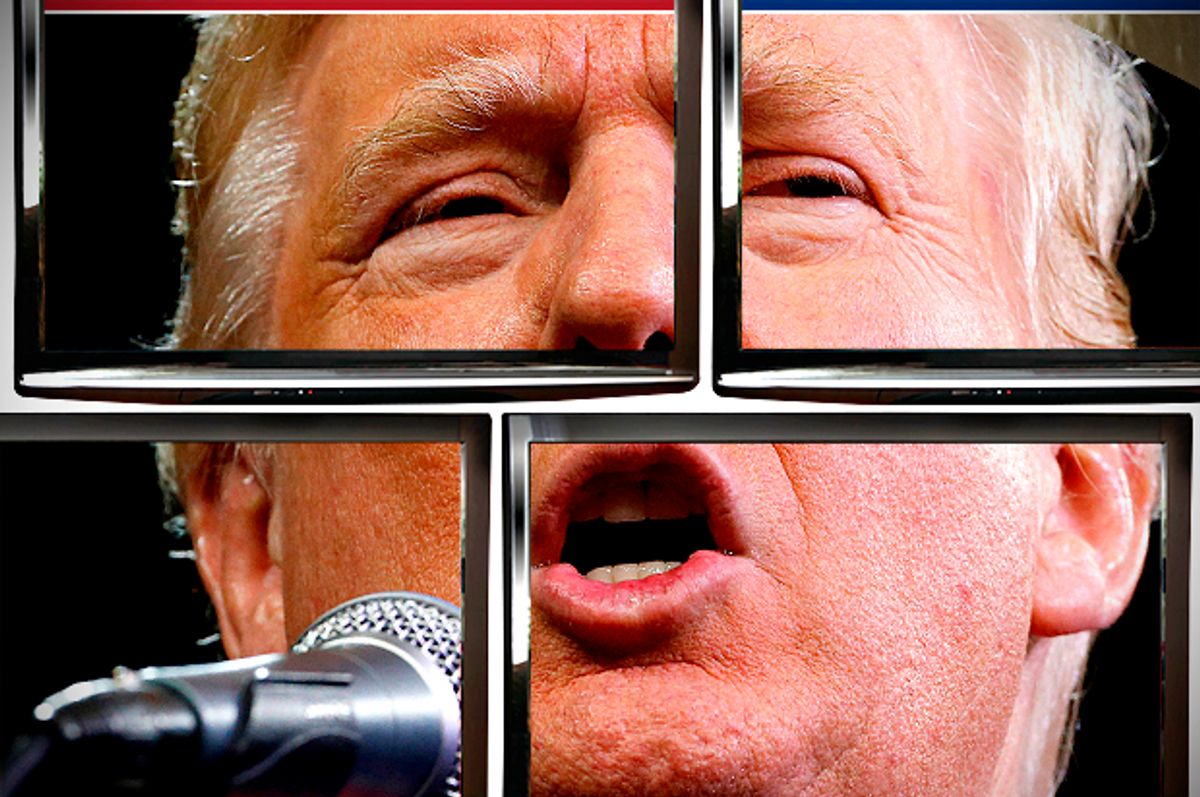 Donald Trump's domination of television news coverage is among the most remarkable storylines of the 2016 election. Trump earned billions in free press with his bombastic campaign statements, generating the relentless wave of media attention that was a driving force in his unprecedented primary victory.

The media circus benefitted Trump's candidacy, but it was also a boon to the news outlets covering it. As CBS executive chairman Les Moonves said at an industry conference in February: "It may not be good for America, but it's damn good for CBS."

According to Vanity Fair, Trump has grown tired of being a cash cow for news outlets without getting a share of the revenue he claims responsibility for generating. In order to cash in on the massive TV audiences he's shown the ability to draw, Trump is reportedly exploring the prospect of launching his own cable news network.

In addition to profit motive, Trump's reported exploration of a cable news venture could also be driven by his increasingly hostile interactions with the press since becoming the presumptive Republican presidential nominee. In the past month, as Vanity Fair notes, Trump's campaign has revoked the Washington Post's press credentials and barred a Politico reporter from a campaign event.

"This is an indication of a shift in Trump's relationship with the mainstream news media," says John Carroll, assistant professor of mass communication at Boston University. "He’s not getting the free ride that he got for a while.”

A personal network would allow Trump to bypass hostile coverage from traditional outlets and deliver news directly to his base. "This is classic Donald Trump," says Carroll. "If he doesn't like the steak he's served, he'll just start Trump Steaks."

Trump launching a personal media mouthpiece makes sense on some level — and cable news coverage has been key to his campaign's success — but previous challengers to CNN, Fox News, and MSNBC have faced significant obstacles in entering the cable news space.

“I would recommend that Donald Trump go talk to the to Al’s: Al Gore and Al Jazeera," says Carroll. "And ask them how easy it is to launch and sustain a cable network.”

Al Gore launched Current TV in 2005 in a bid to bring progressive news to cable TV, but after eight fledgling years, Gore sold the outlet to Qatari news giant Al Jazeera. The channel, rebranded as Al Jazeera America, struggled to draw significant ratings, sometimes attracting an audience so small that Nielsen could not estimate its size. In early 2016, Al Jazeera announced that it would permanently shutter its venture into American cable news less than three years after its launch.

"Al Jazeera America was pushing a straightforward journalism model based on an older style of reporting," says William Youmans, an assistant professor of media and public affairs at George Washington University who is writing a book about the doomed network. "It was really a model from yesteryear that the industry had largely abandoned."

Though Vanity Fair's report did not offer programming details on the potential Trump network, it would presumably offer a more opinion- and entertainment-driven product than the dry news format of Al Jazeera America.

"If I was a cable executive dealing with struggling audience sizes, especially in news, something like that would be a safer gamble," Youmans says. "I think it would certainly be much more attractive than Al Jazeera America, but the channel would have to be differentiated from Fox News."

Even if Trump could provide a unique voice and attract an audience, there's still the concern that launching a cable network in 2016 would be akin to investing heavily in the VHS tape industry in 2001.

"We're in an era where traditional TV viewing is on the decline," explains Jeffrey McCall, professor of communication at DePauw University, noting that the increased ratings the three major cable news networks have seen in 2016 is attributable to the election cycle.

The landscape of the cable business would present Trump's network with a number of challenges. McCall explains, "You’ve got to get Comcast and Charter and Time Warner and everybody else to pick up your channel, and if anything, they’re going to be looking to cut channels, with cord cutting coming on and this notion of skinny bundles and even a la carte cable programming coming down the pike."

"Most of the cable companies have pretty full lineups already," McCall says. "Your average cable consumer who gets a full cable package gets over 100 channels, but they’re only watching 15 or 16 in any given month. So they’re paying for 80-plus channels that they never, ever watch. To get traction for a Trump cable news network, he would basically have to crack into that top 15 or 16."

He adds, "Most cable channels don’t generate enough revenue out of advertising to really make a go of it. They have to make most of their money from the fees they collect from the cable distributors paying them for carriage."

"A lot of people believe that it’s a sucker’s bet," says Carroll. "That cable is not the platform of the future."

The timing of the network's launch is another potential pitfall. Trump would likely be best served, both politically and financially, by capitalizing on his drawing power in the immediate term and bringing his self-branded network to market before the November general election.

"They clearly couldn’t do it this year," McCall says. "The logistics of the startup would be basically impossible, and after the election what would be the point of it? If he would happen to win, he’s going have other things than the news cycle to worry about, and if he loses there is going to be a lot less interest in the Trump phenomenon."

Enduring interest in Trump as a political voice would be key to the success of the network, as entering the cable business is not a path to quick money on a short-term gamble. "It takes a huge infusion of capital and it usually takes years to see profits," Youmans says. "For Fox News, it took expenditures of billions of dollars to make enough inroads and build enough of an audience to start driving revenue through cable carriage, and that was in the 1990s when cable was still growing in distribution."

Rather than dealing with the high barriers of entry to the cable game, McCall suggests that Trump might be better off pursuing a subscription-based online streaming news service like those launched by conservative commentators Mark Levin and Glenn Beck. An online model would allow for a leaner operation than the capital-intensive realm of cable television and provide a more direct path for Trump to generate revenue from his audience.

But if Trump is intent on starting a cable network, he will likely need to bring in a partner, as Vanity Fair notes. The particulars of a potential deal could offer Trump some flexibility and mitigate some of the risks associated with cable.

"If he’s putting his money into it, it’s a much riskier venture," Youmans says. "It can be very costly to do that type of television. Would he be willing to actually take the financial risk? The other Trump model is just selling his name to other producers, like hotel chains, for example. A potential channel where he’s licensing his name would more fit with his pattern of doing business, but it’s hard to take anything like that seriously."

Youmans hints at the lingering question that underlies this rumor, and for that matter, everything else Trump says: is he even for real?

It's possible that launching a self-branded news network would represent the culmination of a grand media masterstroke that was the Trump campaign's covert purpose for the past year — Trump's endgame, as Vanity Fair's headline put it — but it's equally, if not more plausible that the Trump news network rumors are simply a well-timed distraction intended to serve Trump's short-term interests by diverting media attention from the negative coverage he has drawn recently for his treatment of the press, his remarks on the Orlando shooting, and his criticism of the judge in the Trump University case.

"I would be totally surprised if this were anything but an impromptu reaction to the bad press he’s getting," says Carroll. " 'If they’re not gonna be fair to me, I’m gonna set up my own shop and be fair to myself.' "