Send in the abortion drones: We could use this Irish pro-choice tech protest here in the U.S., too 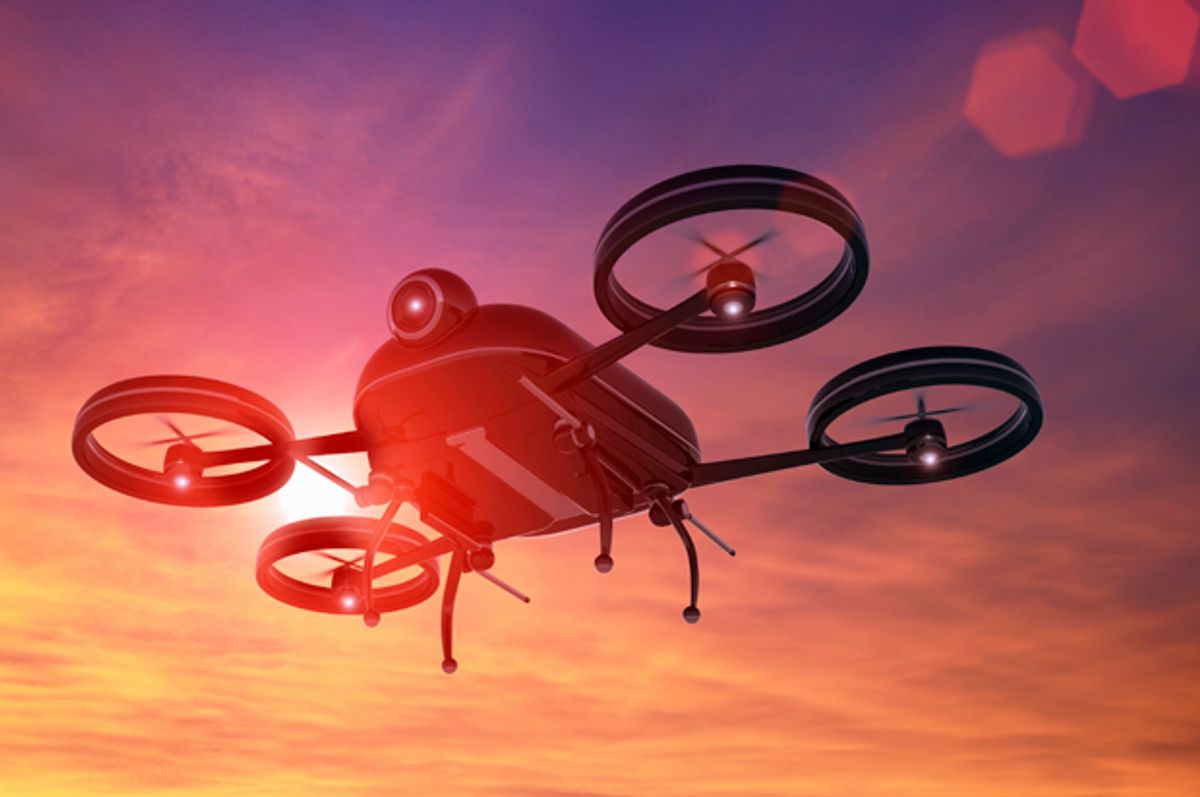 It's an act of defiance to raise awareness, a gesture of "solidarity." It won't terminate the pregnancy of a single desperate woman in a place where abortion is illegal. It's still a good idea. But it'd be better if it went all in — and not just across the Atlantic.

Pro-choice advocates have scheduled a drone drop for next week to send abortion pills to a border area between the Republic of Ireland and Northern Ireland to protest restrictive reproductive health laws in both places. Rita Harrold, one of the effort's organizers, told the Guardian this week that "The action is an act of solidarity from women in the south, where abortion is criminalized, with women in the north, where abortion is also criminalized and unfortunately there have recently been a number of prosecutions. We will be sending the drone over the border and bringing the pills into Northern Ireland to show women that they are still available and they are still safe."

There, a group of women who are not pregnant have pledged to take the pills — mifepristone and misoprostol — to demonstrate their safety and to make a plea for reproductive rights.

In a statement, one of the groups organizing the event, Women On Waves, said the act will "highlight the violation of human rights caused by the existing laws that criminalize abortion in both the north and south of Ireland except in very limited circumstances."

One can understand why the groups are cautiously not vowing to give the pills to currently pregnant women — as the Guardian reports, "The maximum penalty for the crime of administering a drug to induce miscarriage under the relevant law in Northern Ireland, the Offenses Against The Person Act 1861, is life imprisonment. In the Irish Republic, the offense of procuring an abortion carries a potential 14-year jail term."

And opponents of abortion rights are keeping a sharp eye on the event — a representative from an anti choice group called Precious Life told the Guardian, "I am currently seeking legal advice and may very well be in contact with the Police Service of Northern Ireland to ensure that these pills will be confiscated and to ensure that they are not used to destroy the lives of unborn children. These people are hell-bent on destroying lives, but we will be doing everything in our power, legally, to protect lives." Because nothing says you care about protecting lives like punishing women with potential lifelong jail sentences for exercising control over their own bodies.

Similar protests have sprung up over the past few years in abortion restricted areas throughout Europe. Last year, European advocacy groups, including the Dutch nonprofit Women on Waves, successfully sent a drone carrying abortion pills to Poland. Similar initiatives, like the "abortion ship" featured in the 2014 documentary "Vessel," have been launched. In 2015, International abortion rights group Women on Web reported it receives more than 10,000 emails a month from needy women who don't have access to safe abortions. Amnesty International estimates an astonishing 4,000 women travel from Ireland to England every year for the express purpose of terminating pregnancy. And it gets pretty depressing when you realize that those women may still have an easier experience than women right here in a nation with a constitutionally protected right to abortion.

Earlier this year, the New York Times reported on the dwindling number of abortion providers in Texas, where nearly half of its previous 41 clinics have closed — and how onerously time-consuming and expensive obtaining a procedure is for many women. The story spoke of women driving 300 miles or further to get an abortion in their own state. To put it in context, that's double the distance a woman traveling between Dublin, where abortion is illegal, to Liverpool, where it is not, would have to go. According to the Guttmacher Institute, one third of American women seeking abortions must travel distances of 25 miles or greater — sometimes significantly greater. For something they have a legal right to do. And while the push to improve reproductive rights for women in other countries intensifies, we could use a fleet of drones right here in the U.S. to help a growing population of women in need right now.