Tony Shalhoub gets into the "BrainDead" politician's mind: "Everyone is digging in their heels" 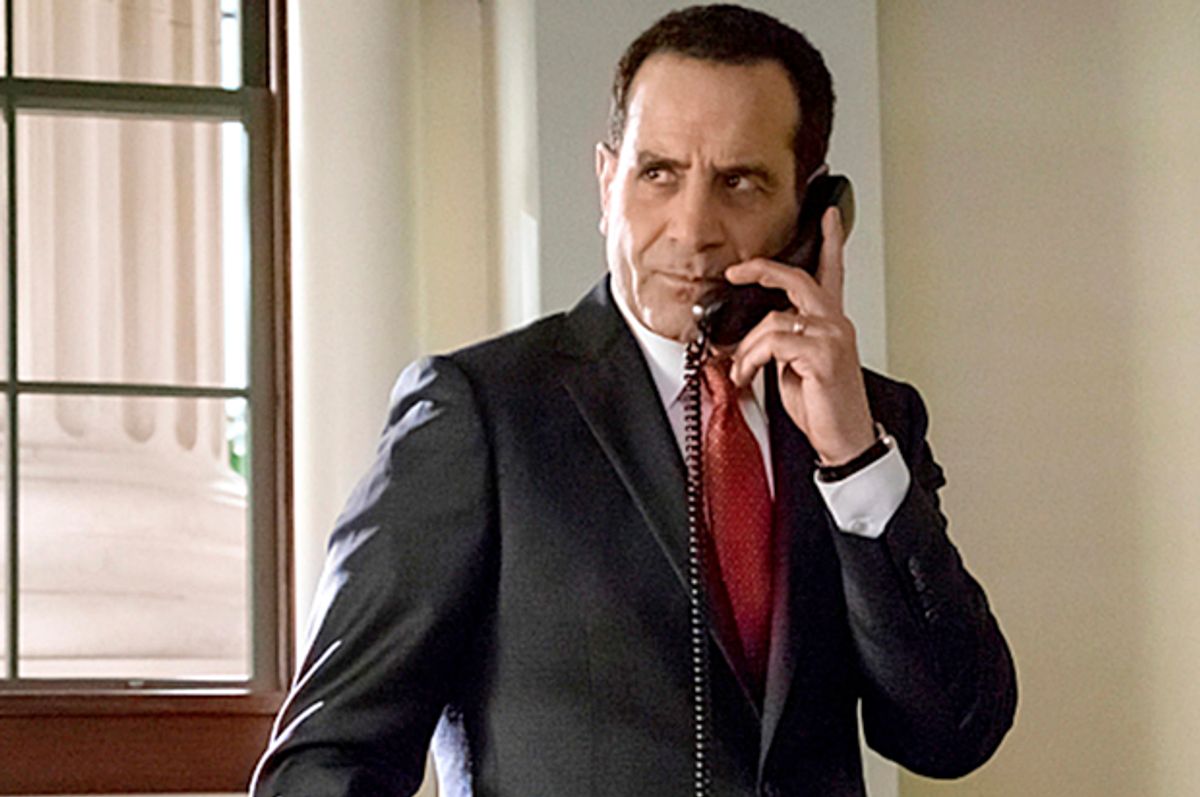 For “BrainDead,” their first project after “The Good Wife,” showrunners Robert and Michelle King stuck with personality-driven politics. They raised the stakes, though, moving from shenanigans in Chicago to higher stakes in Washington, D.C., and they replaced the characters’ brains with alien ants.

It’s the sort of high-concept gimmick that could play as high farce — an over-the-top explanation for why politicians do weird things or a metaphor for the special-interest lobbyists who pull their strings — but HBO’s “Veep” and the actual presidential election have farce pretty well covered. “BrainDead” plays instead as a dark comedy.

Tony Shalhoub plays Sen. Red Wheatus, an obnoxious lout who turns his life around and then some when an army of alien ants crawl into his ear one night. Shalhoub sat down with Salon to talk about “BrainDead,” which airs Monday nights this summer on CBS and on the CBS All Access streaming service.

What was happening in politics when you started filming the series?

We shot the pilot in March, so it’s still pretty fresh. We’re making it with this election cycle in mind.

In almost every scene, there’s a TV on in the background showing either Hillary Clinton or Donald Trump on a news channel.

The producers wisely used a lot of greenscreens, so they were able to edit in very current footage.

The basic conceit of the show is that ant-like aliens are taking over people’s brains. Do the aliens make you a better version of yourself, or are they controlling you?

That will come out over the course of the series. I play the first politician to get infected. I go from being a guy who has kind of given up and become very jaded about the political world. After he gets infected, he becomes rejuvenated. He gains strength and becomes more hardline. He was always a Republican, but he moves way, way to the right. In the next few episodes, you’ll see a Democratic senator get infected and move far to the left. People become more extreme versions of what they are.

Does that speak to where politics has been moving for the last 20 years?

The idea is that the players in Washington have lost the ability to compromise, to negotiate, to see the other side. Everyone is digging in their heels. It results in paralysis to the system, and that leads to finger-pointing and blaming the other side.

“BrainDead” will probably remind some people of “Men in Black,” which was one of your breakthrough roles. Do you think the series has some visual and tonal similarities to that?

That’s interesting. I hadn’t thought of that. I think you could make that comparison.

A giant hunk of your brain falls out of your ear after the aliens get into your head. Tell me about filming that scene.

It was odd. [Laughs.] Robert King, who was directing the pilot, kept telling me it was like your head having a bowel movement. It takes a lot of effort to get this thing out, you wanna get it out, it needs to come out, and you’re gonna feel better when it does.

You certainly seemed to feel better when it was out.

Part of that was that I was hearing Robert behind the monitor laughing. It was hard not to crack up.

Did you and Robert King talk about that scene as a metaphor for politics checking your brain at the door, about being a more visceral sport than an intellectual one?

It was obvious on the page. I look at it from my character’s point of view and his approach to it, so I see that he’s getting rid of a part of his brain that is holding him back from being his best self. It’s like getting rid of waste or clutter or inner conflict. He had become a drunken lush who was chasing women and had gotten very slack about his work. Once he gets rid of that excess baggage, he becomes a better person and better at his job.

One of the stranger side effects of having the aliens in your brain is that it makes you want to listen to “You Might Think” by The Cars. Was that in the script or something that developed as the series started coming together?

That was always there. That’s a spoiler that will be explained over the course of the series.

Comedies and dramas have been evolving toward each other, and the Television Academy’s solution to that has been essentially deem hour-long shows as dramas and half-hour shows as comedies. In light of “Monk” having been an hour-long show, what you do think about that?

“Monk” was — in the awards arena — considered a comedy. I looked at it as more of a dramedy. I don’t know that it really matters that much. Writers can do both in one show.

It’s disorienting to me that Emmy voters are supposed to consider Jeffrey Tambor’s performance in “Transparent” as comedy and Uzo Aduba’s performance in “Orange Is the New Black” as drama. That seems backwards.

It does become arbitrary at some point. After the first season of “Monk,” I was at the Golden Globes. That was the year that Jack Nicholson was nominated and won the Golden Globe for the film “About Schmidt.” It was a brilliant performance in a fantastic movie, and the Globes had it in the comedy category. When he got up on stage, he said, “I’m grateful for the acknowledgment, but I didn’t know this was a comedy.” And I was thinking I was in the same boat because “Monk” was in the comedy category, and I wasn’t sure that’s what we were doing.

Do you like the idea of “BrainDead” as a limited series? Is it freeing for you to not be tied to multiple seasons?

Yeah, it’s a different way of approaching the work. We’re still filming, so I don’t know if they’re going to kill me off or what’s going to happen. Normally, you sign your life away for six or seven years, so it leaves the door open. That’s not a bad thing.