"Westworld"’s promising preview: HBO could have its next great show on its hands 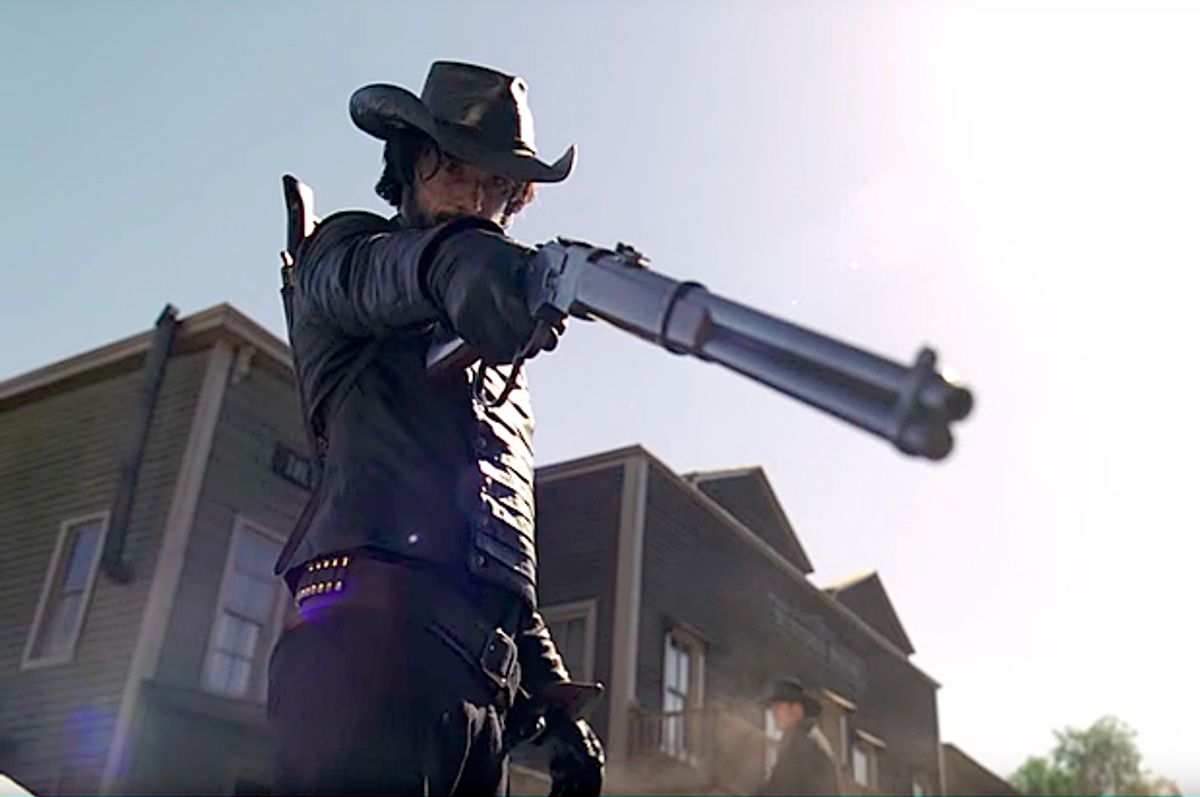 Not long ago, HBO was considered the most prestigious, most intelligent, most risk-taking network on television. But recent trouble – the low ratings and bad reviews for the $100 million series “Vinyl,” the presumed demise of the once-promising "True Detective" anthology, the likely implosion of two David Fincher productions, delays on a project by Steve McQueen – alongside the indomitable rise of Amazon and Netflix, has HBO in an awkward place. What the network really needs, after all this, is another “Game of Thrones.”

For months now, “Westworld” has been another one of those sore points. After production was delayed in December, some worried the science-fiction-western would be pushed all the way to 2017. But during Sunday night’s “GoT,” its new trailer -- HBO’s hope for its next big, sexed-up, violent show -- dropped, and so far the reception seems enthusiastic.

“Westworld,” based loosely on a 1973 Michael Crichton film, is helmed by Jonathan Nolan, and executive produced by J.J. Abrams. Some of the excitement around it comes from the cast: Anthony Hopkins stars as a creepy doctor who designed a whacked-out amusement park stocked with androids. Ed Harris, Evan Rachel Wood, and Thandie Newton also have major roles.

By the look of the trailer, the 10-episode series will be tense, slick, and thematically related to “The Matrix,” “Ex Machina,” and “Blade Runner,” involving questions about the nature of reality and the distinctions between human beings and artificial intelligence. It also includes a huge number of shoot-em-ups and a teasing display of a gun case that’s a bit disturbing given recent news; the series, which launches in October, could try to push the envelope on violence. Will there be room for the ideas?

For what it’s worth, the trailer shows Wood’s android quoting Shakespeare’s “Romeo and Juliet.” (“These violent delights have violent ends.”) We’re welcomed to Westworld and told that there is “no orientation, no guidebook,” and that we can be whatever we want there.

Nolan is the creator of “Person of Interest” and has worked with his bother Christopher Nolan on “The Dark Knight” movies and “Interstellar”; his short story provided the basis for “Memento.” Some sharp people are involved on the writing end, including novelist Charles Yu, author of “How to Live Safely in a Science Fictional Universe.”

Watching the very confidently directed trailer, it’s hard to think of this as a troubled production. So what happened? It sounds like it was the network's rigor. “Nothing that I have done prepared me for the sheer avalanche [of production requirements],” Nolan told io9:

The truth is, what we’re doing there is a 10-hour movie. It’s not really a TV series. When they say ‘It’s not TV, it’s HBO,’ they’re really not kidding…. We’re doing a period Western, and a science fiction [movie]. Basically, we’re shooting ‘Alien,’ ‘Days of Heaven’ and ‘Unforgiven’ simultaneously, and then cutting them all together... It’s just a massive, massive undertaking.

The theme park in the original Crichton movie had three sections -- Medieval World, Roman World, and West World. The film shows what happens when the robots (including Yul Brynner!) go crazy and start killing the park’s visitors.

The HBO version is a little different, seeming to concentrate on the androids. "Westworld is a dark odyssey about the dawn of artificial consciousness and the evolution of sin,” the network’s description reads. “Set at the intersection of the near future and the reimagined past, it explores a world in which every human appetite, no matter how noble or depraved, can be indulged."

HBO programming president Michael Lombardo has emphasized the difference between the film and the series. "[With] the film … you were very invested in one particular group of humans that were enjoying the park and their experience with the robots,” he said at last summer’s press tour after showing the series’ first trailer. “This is not that. This is very much told from the POV of the robots. The corporate world’s as dimensionalized as the park. And I think the visitors to the park are really not the primary focus of our show at all. So again, without giving more than that away, I think all I can say is only one character that you saw in the clip is a visitor to the park.”

In other words, we could be in Philip K. Dick territory here, delving into the philosophy and psychology of A.I., as “Westworld” bounces between action and investigating what it means to be human. It could end up a violent, pretentious mess. If the show gets the balance right, this could be just what HBO, and audiences who’ve been salivating over the idea of a high-toned “Westworld” series, could be waiting for.