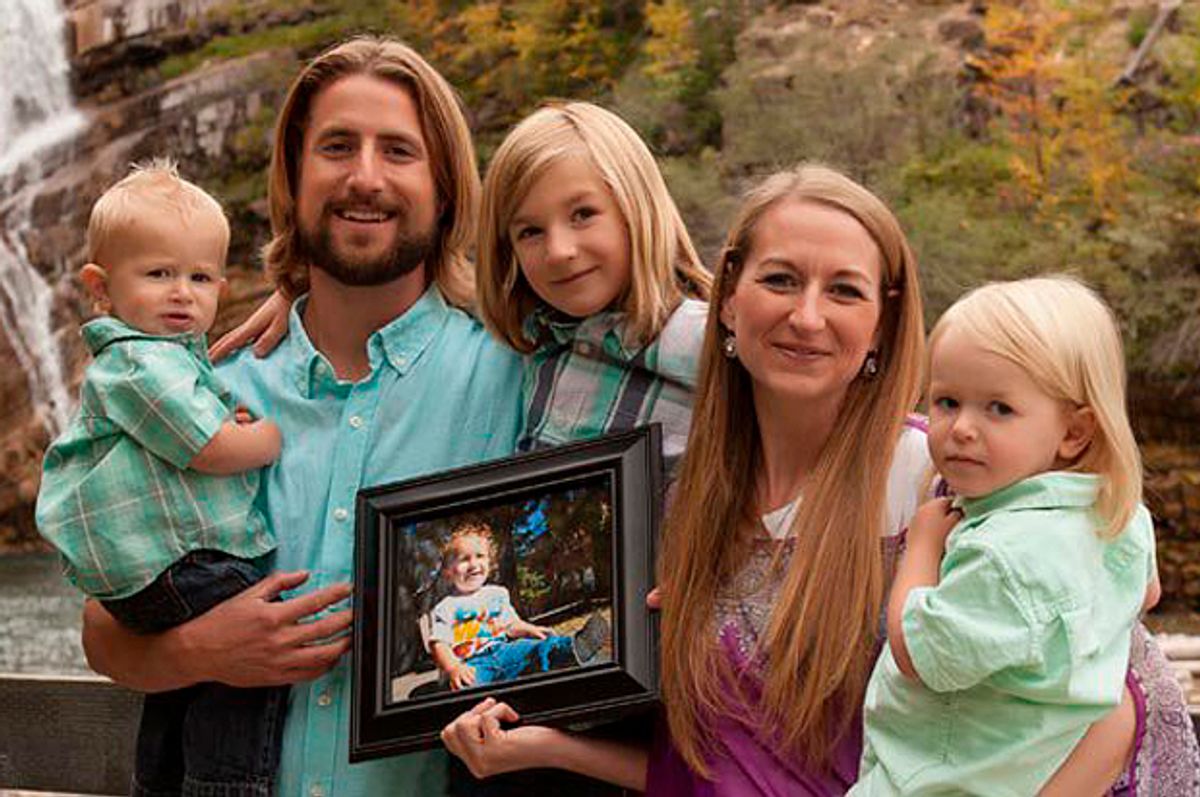 It was perhaps inevitable that the man behind a controversial anti-vaccine documentary would find his way to an anti-vax couple recently convicted in Canadian court of "failing to provide the necessaries of life" for their late toddler son. On Monday, it happened. And it was as strange and depressing as you'd imagine.

Del Bigtree is the producer of director Andrew Wakefield's "Vaxxed: From Cover-Up to Controversy." You may know Wakefield better as the disgraced British physician who in 1998 basically invented the anti-vax movement with his report that linked the measles, mumps and rubella (MMR) vaccine to autism and bowel disorders. In 2011, Wakefield's findings were retracted and declared "an elaborate fraud." Yet the juggernaut of fear and misinformation just keeps rolling along, evidenced by, for example, the alarming uptick on measles outbreaks over the past few years — a sharp turn from its near eradication at the start of the century. Then there's the fact that Wakefield — a man who is barred from practicing medicine in his own country, was nonetheless almost given a platform at the prestigious Tribeca Film Festival this year for a movie purporting "the CDC committed fraud on the MMR autism study" and promising to reveal the potential "grievous harm to children" of vaccines. Fortunately, reason, truth and sanity ultimately prevailed and the film was ultimately pulled.

Right around the same time this spring Wakefield and crew were fighting for their right to be regarded as legitimate "two sides to every story" non-crackpots, David and Collet Stephan were waging a far more high-stakes battle in their native Canada. Four years ago, the couple's 19 month-old son died of meningitis. The child had not been vaccinated. But the issue at the crux of the case against the Stephans wasn't about vaccination — it was whether or not they'd acted soon enough to get him medical intervention as his condition deteriorated. Authorities claimed the child had been ill "a couple of weeks" before he was sent to the hospital. After hospital staff called police, the couple reportedly told them "They prefer naturopathic remedies because of their family’s negative experiences with the medical system." The Stephans were convicted in April, and the College of Naturopathic Doctors of Alberta has called for their neuropath — who testified at the trial — to be investigated. In a letter of complaint signed by 43 physicians and surgeons, they assert, "By any objective measure of a health-care professional licensed to care for children Dr. Tannis did not meet the standard of care," adding that "Dr. Tannis did, in fact, discuss viral meningitis with Collet, and gave her echinacea anyway."

On their fundraising page they call "Stand 4 Truth," the Stephans claim they are "defending against the vaccine agenda." And in their new interview Bigtree posted on Facebook Monday, David Stephans claims, "It's a parental rights issue. For medical choice. For how we need to treat our children. And ultimately it comes down to whether we have the right to vaccinate or not vaccinate without being held liable, or whether or not we have to rush our children to the doctor every time they even get the sniffles in fear that something may randomly happen and then we're held liable." The couple dispute media accounts of their son's condition and their care of him, but Stephans says, "We were treating our child with different homeopathic remedies, different herbal remedies like tens of thousands of people do. Nothing out of the ordinary. And he wasn't severely ill. And then everything just came to a crash with him being in an ambulance that didn't have the right equipment, and subsequently ended up brain dead." The comments are nearly unanimously supportive, with others contending, "Yet they kill our children with vaccines and there is no accountability!!"

To lose a child is the worst imaginable nightmare for a parent. The couple, who have three other children, doubtless grieve for their son every day. They now face a punishment that could range from probation to up to five years in prison. Their loss -- and the consequences for their other children -- is real and horrendous. Yet by perpetuating misinformation and "homeopathic remedies and herbs" over science, "choice" over medicine, they, along with Bigtree and the anti-vax movement are all but assuring more pain, more grief, more nightmares, for more children and their families.