Must be nice to live in Will Smith's world, where movies have moved "from explosions and gimmicks to storytelling"

According to Smith, "smoke and mirrors" marketing is over, and also infidelity — thanks to cell phones 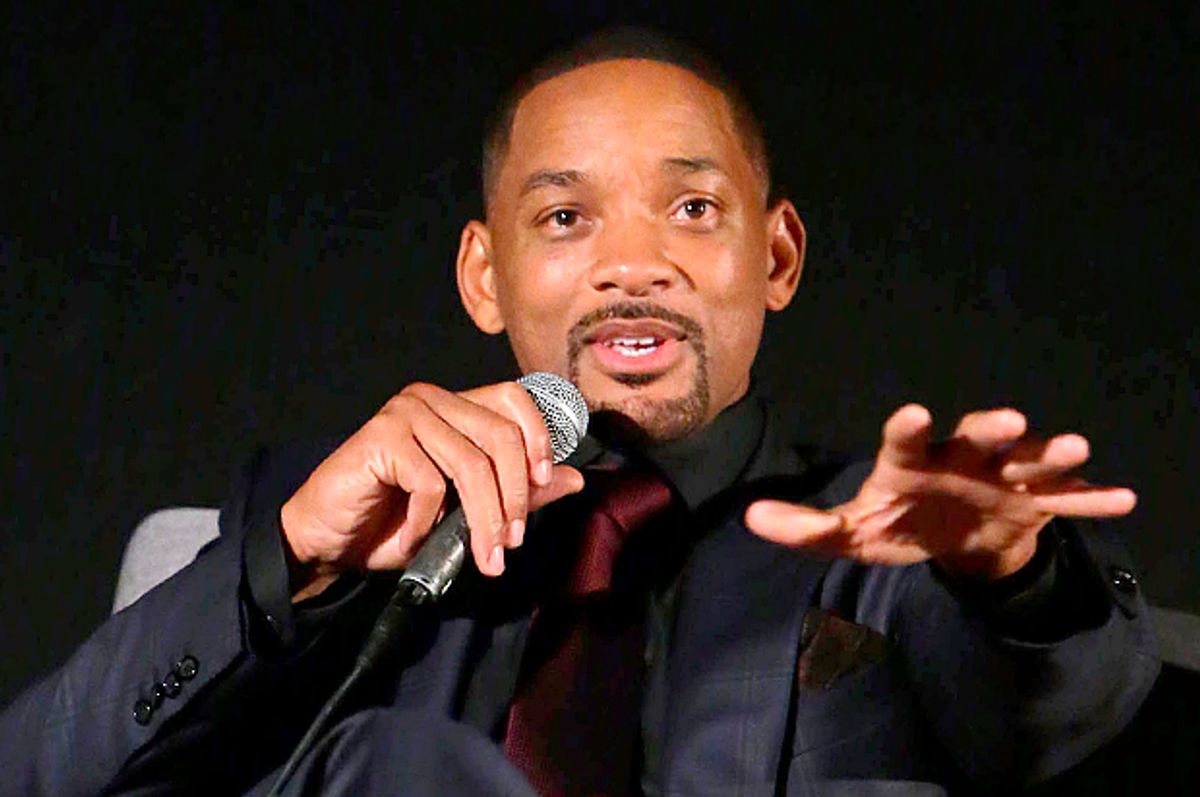 Accomplished actor, talented musician, doting father, Will Smith has a lot going for him. He’s acted in no less than five films that have grossed more than half a billion dollars each. At times he’s been called the world’s biggest, most bankable movie star.

But he’s become known over the last decade or so for movies that don’t quite get there – “Seven Pounds,” “After Earth,” “Winter’s Tale,” “Concussion” -- and for strange, pretentious, poorly grounded statements. His speech at Cannes Lion, a French festival of creativity, shows that he remains a bit unhinged from reality.

Smith’s speech wasn’t all deranged. He spoke, for instance, about his admiration for Muhammad Ali, and much of his address was about the importance of personal and artistic integrity.

But his trust in humanity is so boundless it leads him to misread how the world really works. He describes, for instance, his promotion of the 1999 movie “Wild Wild West.”

Well, it’s nice for him to think that he will only promote films he really believes in. But Smith has been in Hollywood long enough to know that when companies spend $50 million on a movie, they don’t care if the stars are really feeling it or not: It’s how the business works. Sometimes actors refuse to promote their movies, but this involves burning bridges, something it’s hard to imagine Smith doing.

Even stranger was his statement about how the days of manipulative marketing are “over.” From The Hollywood Reporter:

“Smoke and mirrors in marketing and sales is over. People are going to know really quickly and globally whether a product keeps its promises,” he said, throwing his lot in amongst the roomful of advertising execs. “The power has gone away from the marketers."

Added Smith: "I consider myself a marketer. My career has been strictly being able to sell my products globally, and it's now in the hand of fans. I have to be in tune with their needs and not trick them into going to see ‘Wild Wild West.’ ”

It’s funny to hear him bashing a film that made more than $200 million at the global box office, especially since it’s hardly his worst movie. But the “I consider myself a marketer” line recalls another of his weirdest statements. “I’m a student of patterns,” he told New York magazine around the release of “After Earth.” Says Smith: “At heart, I’m a physicist. I look at everything in my life as trying to find the single equation, the theory of everything.”

Smith’s real derangement seems to come out when he speaks about his kids. Some of it is kind of sweet, and some of it is public spirited, like the way he’s moved toward environmental philanthropy because of his son Jaden.

But the best part of his Cannes speech involved his son Trey:

Smith also shared stories of how his children have changed his perspective on modern media and Hollywood. In a conversation, oldest son Trey, 23, explained that the ubiquity of phones has rendered cheating in relationships “totally over.” That message – the phone follows you everywhere – clicked for him in a way that translated to his work.

“I realized that it’s also true in the marketing of movies. Back in the 80s and 90s you had a piece of crap movie you put a trailer with a lot of explosions and it was Wednesday before people knew your movie was shit,” Smith said. “But now what happens is 10 minutes into the movie, people are tweeting ‘This is shit, go see Vin Diesel'.”

Even better, THR paraphrases Smith as describing the great bounty cellphone reviews has brought to all of us: “The result is a return in moviemaking from explosions and gimmicks to storytelling.”

I urge anyone who is as optimistic about male behavior and the state of the movies to visit a hotel this weekend and a cinema this summer and rejoice in a world where there is no infidelity and no shallow superhero or action films built on explosions and gimmicks. Wow, I'm glad all of that stuff's done with.