Given a choice between protecting Americans' safety and scoring cheap political points, the GOP picks the latter 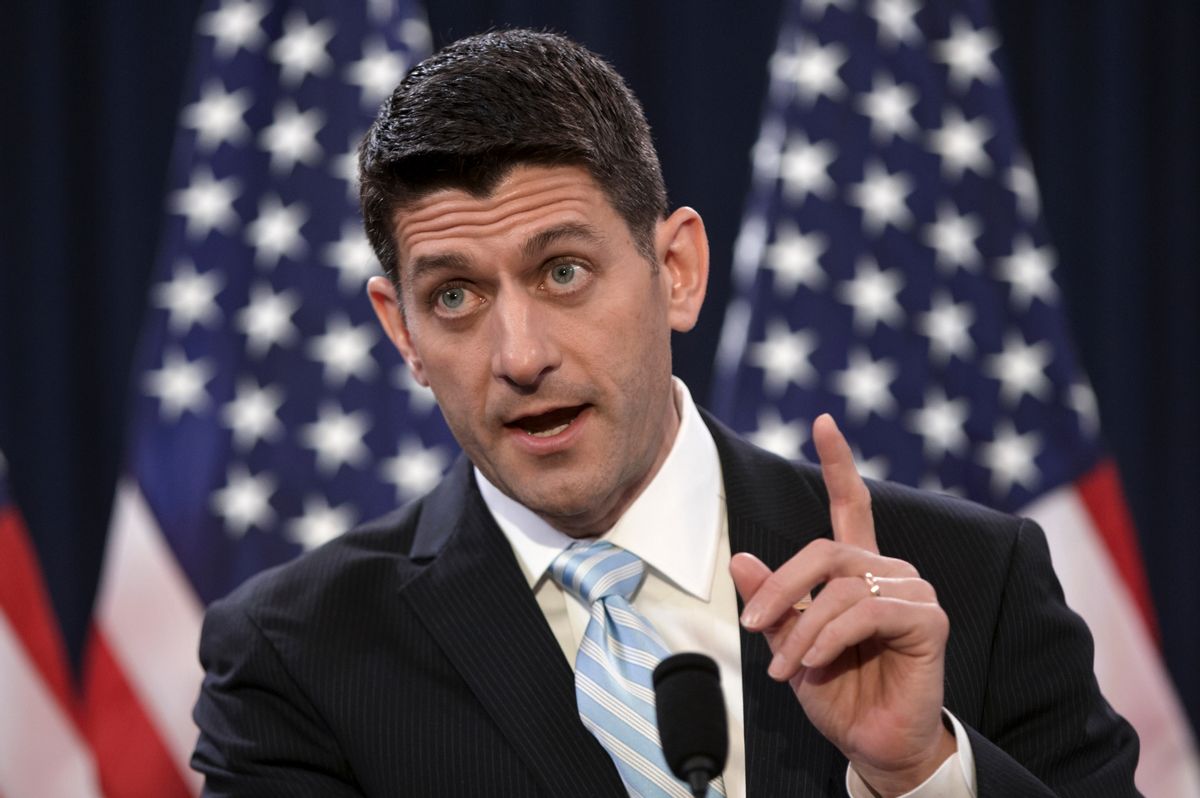 Republicans have long coasted on their reputation as a "national security" party, but it's time to put that narrative to rest. This week demonstrated that, given a choice between national security and political pandering to right wing nuts, Republicans will choose the latter every time.

The willingness to sacrifice national security in order to score a few cheap political points was made painfully obvious in the Republican response to the 911 transcripts from the Orlando shooting. The transcripts, which feature the shooter Omar Mateen pledging fealty to ISIS, presented the Obama administration with a miserable choice between denying ISIS a propaganda opportunity or denying the Republicans a propaganda opportunity.

The Justice Department initially chose denying ISIS a propaganda opportunity. By redacting the word "ISIS," the Justice Department made it harder for ISIS sympathizers online to crow about their victory and make appeals to future would-be shooters looking for fame by saying the name "ISIS" while they murder.

But the redaction allowed Republicans to trot out one of their favorite pieces of propaganda, the claim that saying phrases like "ISIS" or "radical Islam" has near-magical powers to defeat the evil of Islamic terrorism.

Of course, in this case, the exact opposite was true: The Justice Department clearly worried that quotes of Mateen blathering on about ISIS would strengthen the group, giving them free recruitment propaganda. But the Republicans have their talking point, and by God, they were going to work it, even if it does mean strengthening ISIS's power. The clamor eventually reached the point that the FBI gave in, allowing ISIS to have the unedited transcripts they need in order to created recruitment propaganda.

"The attempt to selectively edit the record reflects a broader, more serious problem: this administration’s continued effort to downplay and distract from the threat of radical Islamist extremism," Paul Ryan claimed in a statement.

This statement is false and, more than that, almost certainly a lie. Ryan has to know the reasons that the FBI and Justice Department redacted certain words, because they publicly announced their reasons.

"The purpose of releasing the partial transcript of the shooter's interaction with 911 operators was to provide transparency, while remaining sensitive to the interests of the surviving victims, their families, and the integrity of the ongoing investigation," the statement from the FBI and Justice Department read. "We also did not want to provide the killer or terrorist organizations with a publicity platform for hateful propaganda." (Emphasis mine.)

So there you have it: In order to score cheap political points about "political correctness" and to insinuate that President Obama is, for some reason, unwilling to take Islamic terrorism seriously, Republicans bullied the FBI into making ISIS's job easier for them.

Giving ISIS a lift in order to pander to right-wing nuts is especially egregious this time around, since this talking point of accusing Obama of wanting to "downplay and distract" from Islamic terrorism is playing right into the hands of a darker conspiracy theory. In a lot of paranoid right-wing circles, the argument is that Obama is somehow refusing to tackle the threat because he secretly working for ISIS. The conspiracy theory got even more national leverage when Donald Trump started pushing it on Twitter and on national television.

The irony here is that it's Obama who is actually trying to fight ISIS and the Republicans who were demanding that ISIS be handed free publicity by releasing the unedited transcripts.

Not to suggest, in the Trump fashion, that Republicans are somehow rooting for ISIS. But this behavior shows a troubling indifference to the ISIS threat, if Republicans are willing to let ISIS have free publicity if doing so helps Republicans score some cheap political points.

A similar calculation clearly went into the Senate gun control votes, where Republicans shot down Democratic proposals to make it harder for those with ill intentions to get a gun. Yes, even though the evidence shows that terrorists are increasingly turning to guns in order to kill people.

One bill would have simply required that nearly all gun sales, including online and gun show sales, involve a background check. Right now, someone who can't pass a background check at a gun store has multiple options to buy guns without one, which is what this bill intended to shut down. But, as usual, Republicans are terrified of the NRA, which will fiercely fight back against any measure perceived as reducing gun industry profits, even by the smallest amount, and so they voted the bill down.

The other bill would allow the attorney general to block the firearm purchase of people who are suspected of being terrorists. Naturally, the Republicans voted it down. Sen. John Cornyn, in a pathetic bid to confuse the issue, offered an alternative that require a judge to hear the case and deny the access. Which basically means that it continues to be easier to deny someone the ability to buy an airplane ticket than to buy an AR-15.

There's reasons to be wary of the terrorist watch list generally, but the fact that Republicans are OK with using it to deny people airline seats while permitting them to have guns says it all: Right wing obsessions, such as the fetishization of guns, rank higher than national security concerns to them.

.@ChrisMurphyCT said it right: The @SenateGOP have decided to sell weapons to ISIS.

After all, they don't object to the terrorist watch list generally, believing it a necessary tool for national security. But they'll abandon that tool, which they believe works, in a heartbeat, if doing so means pandering to the gun nuts.

Republicans have long portrayed themselves as the people willing to make "hard choices" in order to protect national security. But that is a flat-out lie. They aren't even willing to give up cheap propaganda opportunities or offend the NRA even a tiny bit in the name of national security. If they can't make even those teeny tiny sacrifices, they sure as hell aren't capable of hard choices. They aren't even capable of easy choices. All they are truly capable of is political pandering to some of the most irresponsible and selfish people in our country, and that's about it.