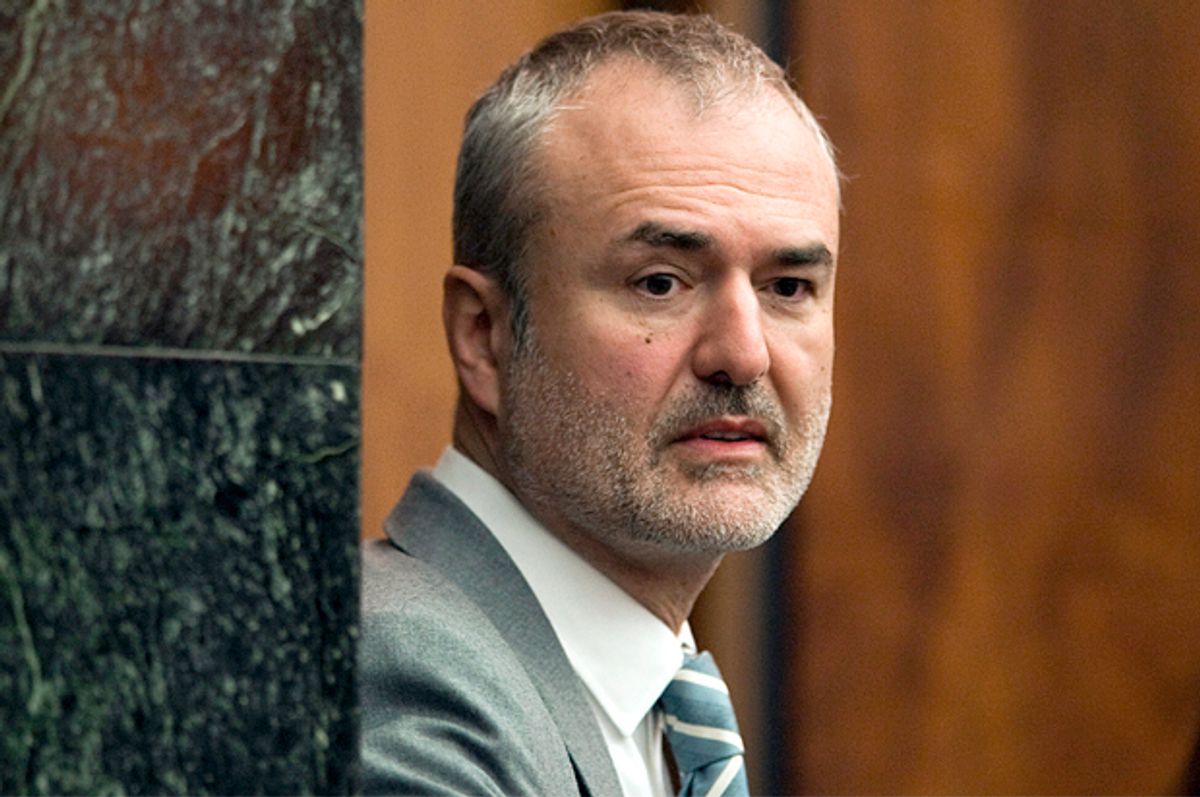 Nick Denton is a serious journalist, a cynic, an idealist, a free-speech crusader, and someone (at times) with a very loose sense of ethics. The Gawker founder showed all these sides in an interview with Time magazine. He’s someone a lot of journalists – though not all – want to side with, even champion. But the interview serves as a reminder that Denton is not entirely on the side of the angels. He comes off as smart and canny, as well as a bit opportunistic. In other words, the lawsuit and its fallout have not changed him.

Denton – whose media company has been thrown into bankruptcy by a Peter Thiel-funded lawsuit over Hulk Hogan sex tape – also has an oddly detached way of looking at the whole thing. “It’s been a great story,” he told the Daily Beast. “Just think about it. A sinister billionaire. A pro wrestler with a split personality. Donald Trump’s hair. A bunch of radical journalists in New York. A trial. A story that works on both tabloid and intellectual levels. You couldn’t make it up. And we still have the final act to go.”

The final act could mean the entire company – which includes sites like Gizmodo, Jezebel, and io9 – crashing from lack of funds, or being saved by the Internet company Ziff Davis, which has offered something like $90 million. (The bankruptcy was provoked by $130 million judgment from the lawsuit.)

Part of what’s frustrating about Denton is how cut-and-dried he sees a lot of ethical calls. When asked about the sex tape Gawker leaked – something that’s hard to justify no matter how you look at journalism’s mission – Denton will say only “I don’t want to get into that debate all over again.” When it comes to his outing of Peter Thiel – which was a nuanced case, since Thiel was known to be gay in Silicon Valley, and both Denton and the journalist who wrote the piece are gay themselves -- he doesn’t get into it directly. But he does offer this as his driving philosophy:

Maybe because I was gay, I grew up hating open secrets. Usually if someone’s gay it’s a pretty open secret. Their friends know, their family knows, but out of some misplaced sense of decency nobody talks about it. Generally my view is that, let’s just have it out. The truth will set you free. That’s what I believe.

Well, clearly this is the way Denton views his sexuality. But it shows a disturbing level of insensitivity to other people’s privacy. Also a bit creepy is his praise of Rupert Murdoch and Roger Ailes as “publishers and media executives who’ll put out good, true, provocative stories and deal with the blowback.” That’s one way of looking at it, but what about the British phone-hacking scandal that unfolded during Murdoch’s watch, and Ailes’s leadership of the toxic, race-baiting Fox News? Denton is clearly trying to be provocative here, but it tells you something about his moral compass.

What also comes across is Denton’s sincere hopes for the future of journalistic discourse. Because of the Kinja platform, some Gawker sites have more civil comments than competing sites -- okay, that’s setting the bar a bit low – and it can make those stories more expansive.

Beyond my hedging about some of Denton’s comments, the interview is good news for the most part. Gawker has all kinds of problems, and it’s hard to see its continued existence as an unalloyed good. But Denton – whose involvement will be significantly less in the future – is not nearly as vile as Ailes. If Gawker goes on, it will show the next Peter Thiel that even spending $10 million isn’t enough to bring down a media outlet he doesn’t like. For that, we should be grateful for the imperfect and unrepentant Nick Denton.