Yes, you should be worried about Brexit: What Britain's departure from the EU would mean for America 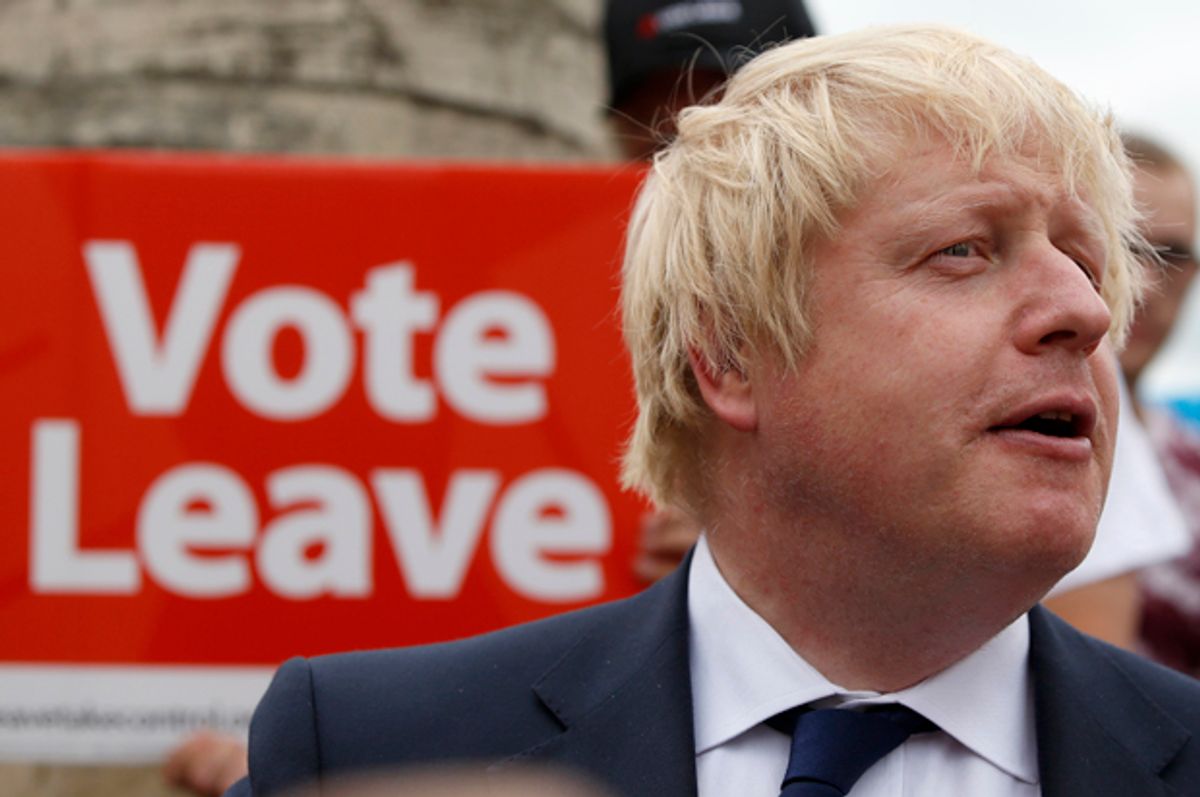 Thursday the 23rd of June marks the most important day in the British political calendar for a generation.

Polling stations will open across the country, and people will be asked to answer the question ‘Do you wish for Britain to Remain in the EU?’ The referendum campaign has reached fever pitch in the last couple of weeks, with both the ‘Remain’ and ‘Leave’ campaigns employing increasingly frantic tactics in an effort to sway the undecided portion of the vote. Stateside, you’d be forgiven for having missed some of the more nuanced campaign activity, as the race for the White House continues to dominate the headlines.

And while the U.K. membership of the European Union may seem unimportant, or even trivial in the U.S., the possible implications of a so-called ‘Brexit’ (British Exit) are wide-reaching, and it is certainly something to keep an eye on.

The first question we must address is why is there a political movement in the U.K. that is dissatisfied with EU membership? Over the course of the last decade, parts of the U.K., in England specifically, have seen a political shift to the right. The United Kingdom Independence Party, or UKIP, politically sit to the right of the current government which is formed by the Conservative Party. They have politically been gaining traction with portions of the electorate that are unsatisfied with the British political establishment.

UKIP was formed as a Eurosceptic political movement in response to dissatisfaction with Britain’s involvement in the EU. The party’s modus operandi is to reclaim British sovereignty from the EU, which is seen by UKIP as an undemocratic, bureaucracy. The free movement of travel by EU citizens is a major UKIP criticism of the EU, and the party hold a firm anti-immigration stance. Within the European Parliament, the party currently has 22 members, including controversial leader Nigel Farage.

Farage has been the face of the Leave campaign, along with the Conservative former Mayor of London Boris Johnson, as well as a number of British political heavy hitters, including the Conservative Justice Secretary Michael Gove. The leave campaign has been dogged with controversy from the outset, with criticism being levelled at both the political tactics used, as well as credulity of campaign numbers.

Just last week Farage came under considerable criticism after unveiling a campaign billboard in central London. The poster, emblazoned on the side of a van for a press event with the UKIP party leader showed a snaking column of beleaguered migrants, crossing the Croatia-Slovenia border in 2015, coupled with the words ‘Breaking Point’. Members from both sides of the debate quickly decried the material as racist, comparing it to Nazi propaganda of the 1930’s. This, along with the murder of British MP Jo Cox, in an attack that is believed to have been motivated by her support of immigrants, the campaign is regarded by many to have created one of the ugliest and most divisive political campaigns in recent memory.

So where do American interests fit into this picture? Well, in contrast to some of his other party members, Prime Minister David Cameron has spoken out in favour of EU membership. The remain camp has seen prominent members across the political spectrum come out in support, including the Labour Party’s leader Jeremy Corbyn and Scottish First-Minister Nicola Sturgeon.

Cameron and the Remain camp’s main argument is that EU membership provides, above all economic stability. His point was further validated by the President’s visit to the UK, during which Barack Obama wrote an open letter for the Telegraph newspaper in which he implored that the U.K. remain, and that economic stability across Europe can be in part attributed to the United Kingdom’s contributions and involvement in the EU.

Obama’s support of the Remain campaign is related to the potential that Brexit could have on the global economy. The U.S. markets are watching this very closely. U.K. banks have slowly been increasing mortgage lending levels back to where they were prior to the global economic crash that began in 2007. This is obviously good news for Brits who are looking to buy their first home, but some experts believe that this bares the hallmarks of the possibility of another crash.

Economically, it boils down to uncertainty within the markets. And when there is uncertainty in the market, there is a greater chance of panic. With the direction of the world economy purportedly resting on the outcome of Thursday’s poll, market traders around the world are weighing up the potential aftereffects of Brexit.

From a political perspective, it is also worth noting that in terms of U.S. foreign policy, London is in many ways Washington’s voice within the EU. This is due to the so-called ‘special relationship’ between the U.S. and the U.K. If Britain were to leave the EU, America could potentially struggle to have its voice heard quite so clearly in Brussels. Overall, it’s safe to say that it is in America’s best interests for Britain to remain in the EU. With the polls showing a near 50-50 split between both camps, the result will be felt not only in London, but in Brussels, Washington, and beyond.