Led Zeppelin not guilty: "Stairway" verdict is a modest victory for creativity

Given the band's history, it's hard to see it as as an unalloyed good. But a guilty ruling would be dangerous 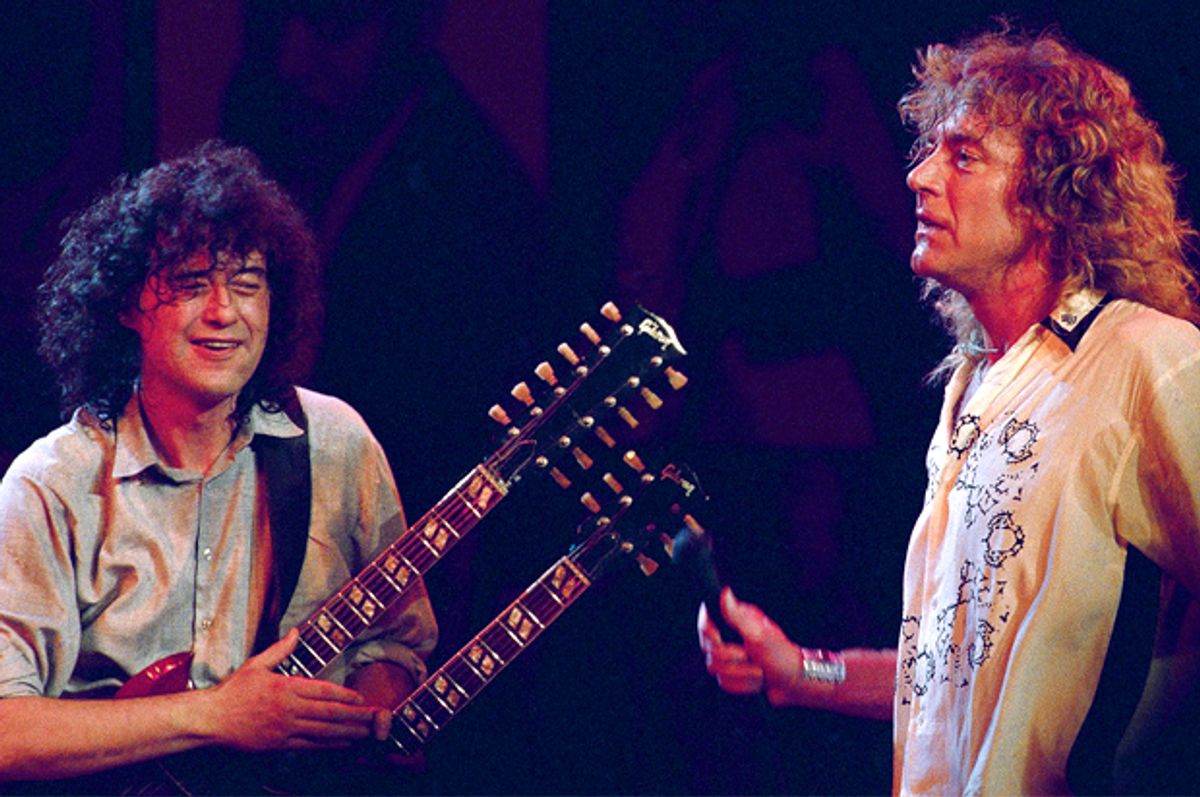 At times, it looked like it was going to bend the other way. But a Los Angeles federal jury has decided unanimously that Led Zeppelin did not break copyright law in the composition of its song “Stairway to Heaven.” The suit brought by a trustee of the estate of the late Randy Wolfe, singer and songwriter for the group Spirit, had alleged that the classic-rock warhorse stole an arpeggiated progression from a Spirit instrumental, “Taurus.”

"We are grateful for the jury's conscientious service and pleased that it has ruled in our favor, putting to rest questions about the origins of 'Stairway to Heaven' and confirming what we have known for 45 years,” songwriters Robert Plant and Jimmy Page said in a statement. “We appreciate our fans' support, and look forward to putting this legal matter behind us."

The decision isn’t entirely shocking, but some of the music community had worried that the similarity of the opening of “Stairway” to a plucked passage in “Taurus” would lead to a guilty verdict. And that, some feared, could open up a flood of suits of this kind – justified or otherwise. The $40 million the plaintiffs were asking for, and the song’s status as perhaps the most famous in the classic-rock canon, meant it was likely to have a serious impact. The decision against Robin Thicke’s “Blurred Lines,” which was based on a far-less famous Marvin Gaye song and settled for a much smaller amount, has already provoked similar cases (including, indirectly, this one.) A win for Spirit’s camp could have led to a huge number of ambulance chasers.

So what’s likely to be the effect of the judgment? This is probably a case where a process that seems to be accelerating will halt for a little while. A case against Zeppelin might have opened the door to a huge number of out-of-court-settlements, which get far less attention than court trials with superstar bands, but could easily inhibit the songwriting process if they become too casual. And because the suit over decades-old songs eluded a statute of limitations because of a remastering, bands could become shyer about putting out new editions of old work, which is good news for neither artists nor fans.

Was justice served here? I have mixed feelings about the case. It’s not that I think the single passage – as memorable as it is – makes the entire song a rip-off. But Zeppelin has taken almost entirely songs from blues songwriters, including Willie Dixon and Howlin’ Wolf. “Dazed and Confused” is one of Zeppelin’s very best songs, but go listen to the original, by folksinger Jake Holmes, and ask if the British band might have heard this one before. Legally, this kind of evidence was ruled inadmissible in the “Stairway” trial, but it’s hard to see Plant and Page as entirely credible in the issue of musical originality. Did they hear the Spirit song before writing “Stairway?” Could the phrase have stuck in their memories? I’m still not sure.

The larger issue, though, is that artists of all kinds, especially songwriters in popular music, need to be allowed some measure of borrowing. Here’s Alex Ross, the New Yorker’s classical music critic, who documents how the passage in question goes back at least as far as a Henry Purcell opera from the 1680s:

The latter-day insistence on unambiguous originality in musical composition—or in literature, for that matter—betrays a small-mindedness about the nature of creativity. T. S. Eliot famously commented, in 1920, that “immature poets imitate; mature poets steal,” and added that the “good poet welds his theft into a whole of feeling which is unique.” In other words, a borrowed idea can become the kernel of a wholly original thought. This is what Bach does in the Passacaglia and Fugue; it’s what Shakespeare does throughout his plays. These days, though, we seem to want geniuses who play by the rules and give due credit to their colleagues; we want great art executed in the manner of a scholarly paper, with painstaking acknowledgments and footnotes. Small wonder that in the absence of such art, we keep falling back on the past.

There needs, of course, to be a balance, so that musicians can become known for, and profit from, their work. But as irresponsible as Zeppelin has been in other cases, they seem here to be guilty of taking a fragment, and perhaps not even that. This ruling may help set a precedent that recognizes the way musical creativity really works.