“We are talking about radical Islam!” Gohmert yelled on the House floor. “Radical Islam killed these people!" 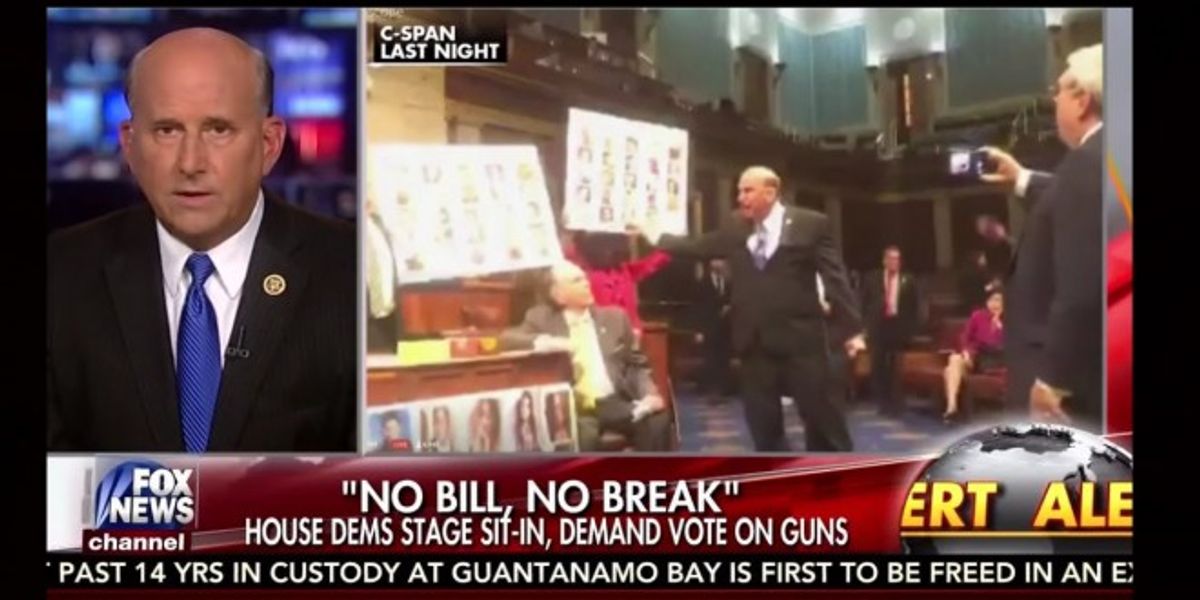 House Democrats, as a historically small minority opposition party, surprised nearly everyone with their seemingly unplanned protest of Republican intransigency on gun control measures in the wake of the worst mass shooting in modern U.S. history. Their occupation of the House floor to demand a vote on a host of gun curbing efforts on Wednesday, including the barring of gun sales to suspected terrorists on the "no-fly-list," was met with fierce Republican disdain.

Hours into the sit-in lead by over 50 House (and a few Senate) Democrats, the chamber finished up several votes forced by Republicans as Democrats continued to yell and demand a gun vote when one Republican became so fed-up with the disobedience and breakdown of order that he angrily confronted his colleagues.

"We are talking about radical Islam!” Gohmert yelled, waving his finger at posters featuring photos of the victims of the recent mass shooting at an Orlando, Florida gay club. “Radical Islam killed these people!"

“It appears the gentleman is afraid to vote and afraid to debate,” Sherman hollered from the podium as his fellow Democrats cheered and chanted, "No bill, no break!"

"And given the weakness of his arguments and his position, his fear is well founded,” Sherman continued, speaking of Gohmert.

Afterward, Orlando-area Congresswoman Corrine Brown and Gohmert nearly came to blows before being quickly pulled away from one another.

Speaker of the House Paul Ryan later said the protest was "nothing more than a publicity stunt."

"We're not going to take away a citizen's constitutional rights without due process," he told CNN, confirming that Republicans will not allow a vote on gun control bills.

“They weren’t just standing up for rights, they were taking away rights,” Gohmert told the Fox News hosts, calling it "incredible to see real American folk heroes like John Lewis who were brutalized and stood up for civil rights" now "using the instruments that helped gain civil rights to try to take away people’s civil rights.”

Gohmert, of course, was hardly the only House Republican to complain of the Democrats' anti-gun stunt: