"I hope America is watching," he said, because "it will soon be time to believe in America again" 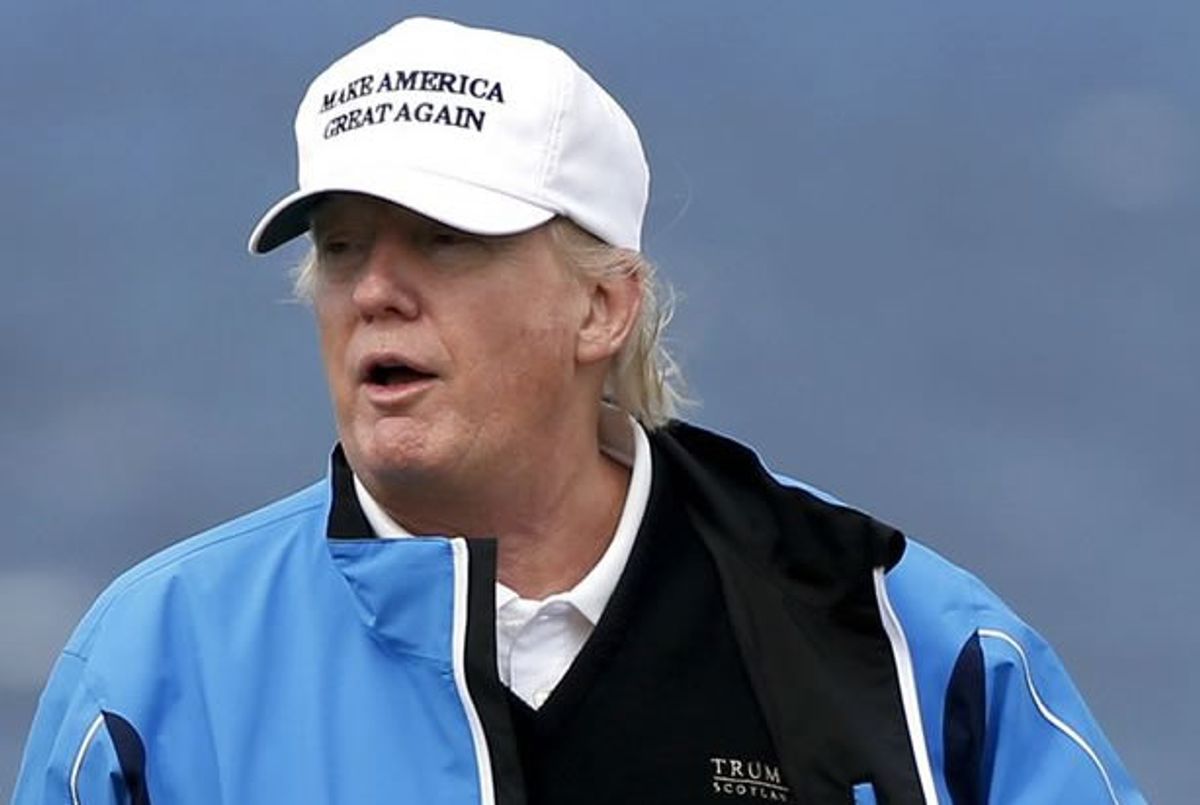 In a speech in Scotland celebrating the opening of his Turnberrry golf course, presumptive Republican presidential candidate Donald Trump praised the decision of UK voters to "Leave" the European Union, claiming that "the people of the United Kingdom have exercised the sacred right of all free peoples."

"They have declared their independence from the European Union, and have voted to reassert control over their own politics, borders and economy," he continued, before turning to what is most important -- himself.

"Come November, the American people will have the chance to re-declare their independence," he said. "Americans will have a chance to vote for trade, immigration and foreign policies that put our citizens first."

"They will have the chance to reject today’s rule by the global elite, and to embrace real change that delivers a government of, by and for the people," said Trump, who in no way belongs to any sort of "global elite." "I hope America is watching, it will soon be time to believe in America again."

Before also turning to what matters most to him:

Trump later blamed the results of the Brexit referendum on President Barack Obama, who he accused of meddling in British affairs.

"I was surprised that President Obama would come here and be so bold as to tell the people what to do and I think that a lot of people don't like him and I think if he had not said it I think your result might have been different," he said. "When he said it, people were not happy about it, and I thought it was totally inappropriate.”

"I actually think that his recommendation perhaps caused it to fail."