How The Cure endures: This is how a band turns 40 with style

On a victory tour with flexible set lists brimming with deep cuts, 1 band shows how to sidestep the nostalgia trap 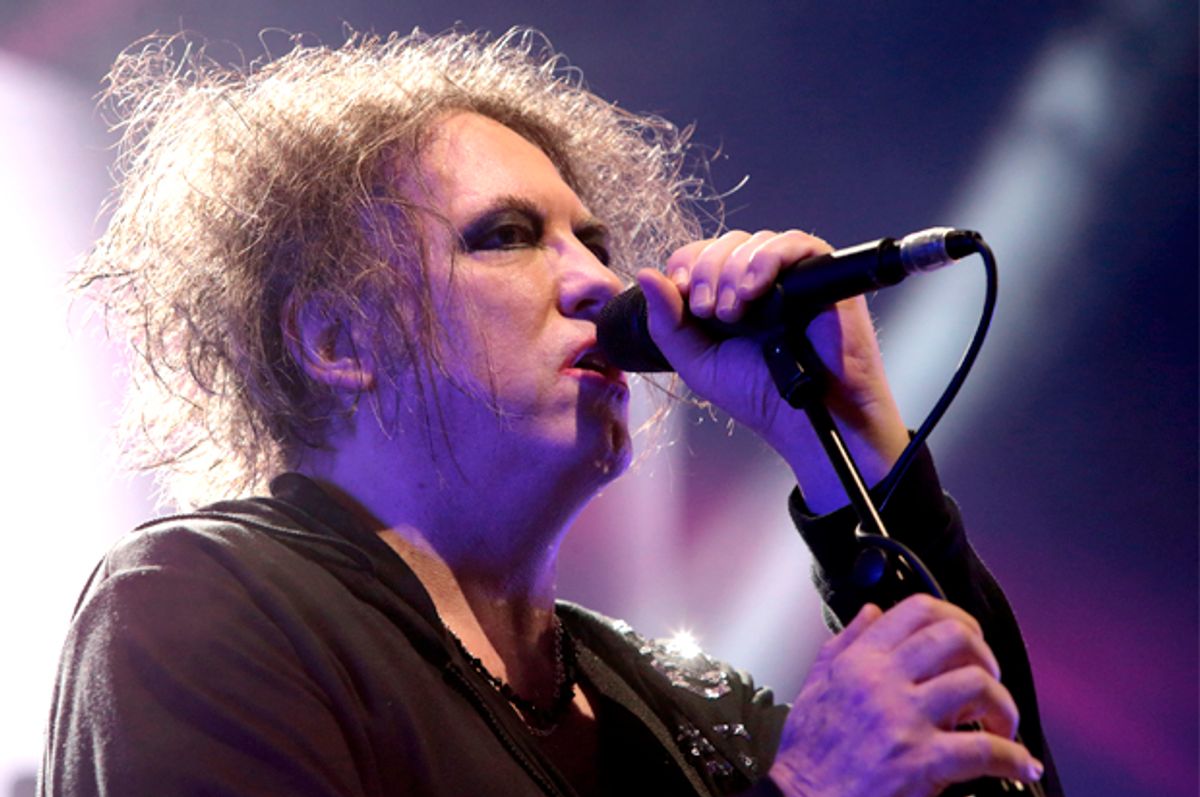 When bands reach a milestone birthday, it's an easy way to advertise concerts or give lapsed fans an excuse to attend a show. More than that, however, it's a good excuse to celebrate; especially when the anniversary is significant—for example, the Stones turning 50 a few years ago—making a big deal about longevity is also a way to commemorate survival. Bands have precarious chemistry, and any group able to weather lineup changes and deal with mercurial personalities for decades deserves to be commended.

The downside, of course, is that these anniversary tours can become bloated with (or obscured by) nostalgia. At worst, bands inadvertently come across as self-aggrandizing or overly pleased with themselves and their accomplishments; at best, artists might reshape their own mythologies using rose-colored glasses. For example, when Roger Waters brought "The Wall" tour around the U.S. several years ago, it was jarring and sometimes incongruous to see the concert take an almost exuberant approach to the album's very serious material.

The Cure, however, are not like most bands. And so although the U.K. group coalesced in 1976, the announcement of their 2016 U.S. tour came with no fanfare about them turning 40. This lack of fuss has continued as the group arrived in the States and started playing shows; Frontman Robert Smith hasn't been on the interview circuit and the band's social media accounts aren't giving behind-the-scenes dissections of the gigs, giving the trek a low-key, almost secretive air. This intrigue amplified after tour setlists started rolling in: The Cure were dusting off tunes they haven't played in decades ("The Perfect Girl"), debuting new songs ("Step Into the Light," "It Can Never Be the Same"), pulling out random b-sides and dipping deep into albums for out non-singles ("Like Cockatoos," "The Snakepit"). "Burn," the gothic smolder from 1994's "The Crow" soundtrack, even landed in heavy rotation.

It's a cliché to say that a tour is "for the die-hards," but the sequencing and song choices of these shows felt calibrated squarely for loyalists, those who would lose their minds to hear such rarities. Yet because the Cure are known for their marathon sets, casual fans wouldn't necessarily be bored. Even better, nobody was quite sure what the band would play each night—a rarity for an act playing even mid-sized arenas. Bands that are 40 years into their career aren't supposed to sound this vital and flexible.

The band's June 10 Chicago concert in particular struck an incredible balance between commercial success and catalog depth. After opening with a trio of gloriously desolate tunes—the gnarled, gloomy "Shake Dog Shake," doom-laden "Kyoto Song" and despairing "A Night Like This"—the set snaked through a series of oddities (the scabrous "Screw," the mysterious "Like Cockatoos") and moody faves such as "Pictures of You" and "Lovesong." Smith was well aware of the balance the Cure needed to strike, however. "Don't worry, I haven't forgotten it's Friday night," he joked after "Just Like Heaven," one of the few hits the band had played thus far midway through the set. "It's called pacing ourselves."

He kept his promise: The main set crescendoed to the angsty, textured "From the Edge of the Deep Green Sea" and ended with a one-two sucker punch: a howling, desperate take on "One Hundred Years" from 1982's "Pornography" and "The Top" album cut "Give Me It." The latter song was all-consuming and immersive, courtesy of relentless, dizzying spotlights and disorienting video, as well as Reeves Gabrels' squealing, agonizing guitars; the arena felt like it was levitating from the song's power. The night followed up with a tour debut, the rarely played title track from 1984's "The Top," and then three more encores with even more rarities (the soaring b-side "Exploding Boy") and then a procession of hits. By the end, Smith was even unleashing some lighthearted, goofy dance moves along with the crowd during the spirited "Let's Go to Bed," a manicured "Close to Me" and the strutting "Why Can't I Be You?"

But despite being such a comprehensive spin through the band's back catalog, the concert didn't feel at all nostalgic. If anything, The Cure sounded invigorated by their own music. Smith's voice sounded ageless and pristine—at turns desperate, playful, yearning, romantic and ferocious—while guitarist Gabrels unleashed psychedelic fury throughout "Never Enough" and layered swirling, morose atmosphere over "Fascination Street." Keyboardist Roger O'Donnell, meanwhile, added classical flair and grace to "Charlotte Sometimes" and "In Between Days," while bassist Simon Gallup leapt and darted around the stage, flitting around the band members. Jason Cooper's drums, meanwhile, were arena-ready and powerful. The Cure have had various members cycle in and out over the years, but this particular configuration jelled in dynamic ways.

It's not correct to say The Cure is underrated—after all, no band selling out 10,000-seat (and up) arenas is. But it's almost too easy to take them for granted, since the group haven’t released a new studio album in eight years and, even then, tend to keep a low profile. Yet the Chicago concert—and, frankly, this entire tour—underscores the singularity of the band's music. Post-punk, dream-pop, synthpunk, goth and psychedelic rock —all of these influences coalesce into something that can only be described as sounding like The Cure. That's always been the case; after all, even their pop crossover hits "Lovesong" and "Friday I'm In Love" sounded like outliers. It's significant that groups inspired by The Cure tend to only mimic certain facets of the band: the dark guitar creases, the sparkling keyboards, the roiling post-punk storms. No band has been able to capture the depth—and nooks and crannies—of the group's sonic chemistry.

Near the start of the Chicago show, The Cure launched into "Push," a fan favorite from 1985's "The Head on the Door." The crowd let out a huge, cheering roar as the song began, dancing joyfully to the extended instrumental intro and pumping their fists to the song's "Go, go, go!" chorus exhortation. That communal ecstasy cropped up again and again throughout the night, as the audience reveled in the familiar and the unexpected. The Cure's music and reputation was predicated on unifying outsiders—those drawn to (or plagued by) unrequited or missing love, fatalistic romances and general melancholy—but this outlaw attitude has only become more of a bonding experience as the years have progressed. Forty years on, the misfits haven't exactly won—but at a Cure concert, they've certainly found a place they can feel at home.