Mom hair vs. dad bods: The double standard for parents is alive and well

Last summer, the NY Times celebrated the imperfect physiques of men who don't try too hard—but no love for moms now 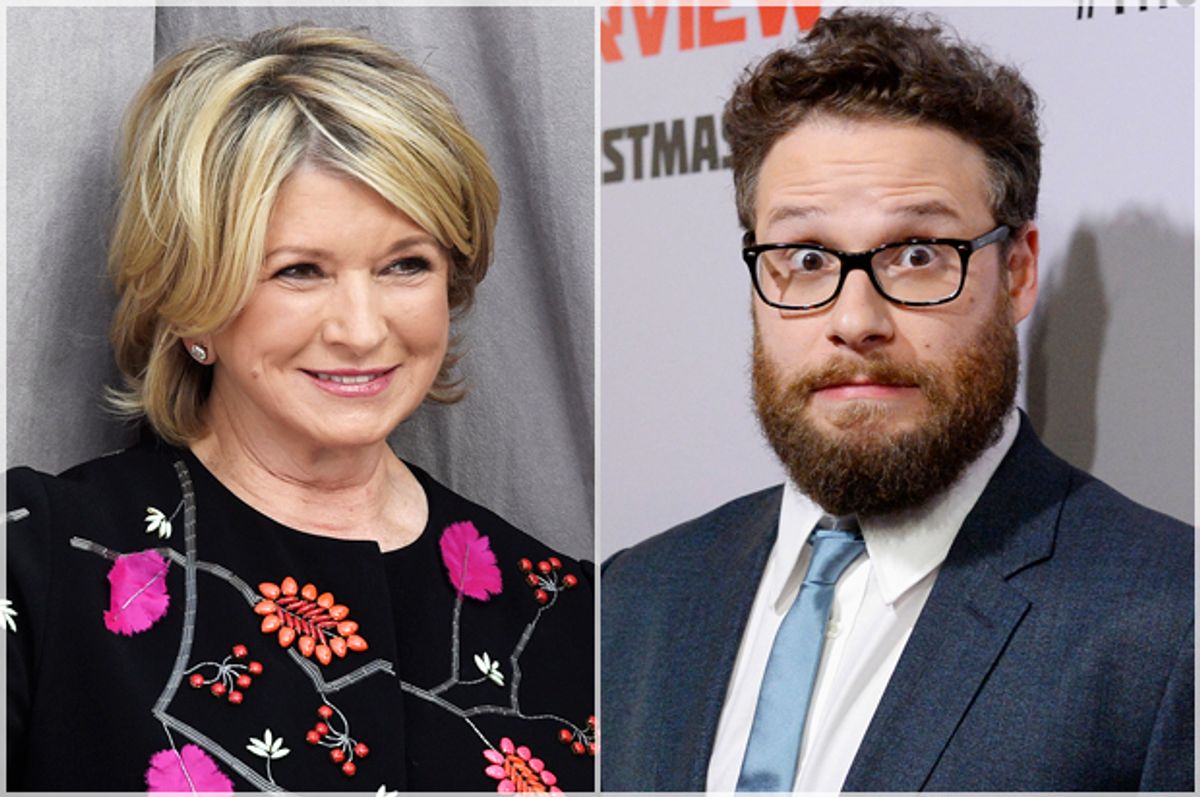 When writing trend stories, journalists have to decide whether to report a rising phenomenon as either a social problem or as a provocative quirk of our culture. Do we promote the new ubiquity of cold brew coffees at artisan cafés, or chastise the hipsters who swarm coffee shops like gnats to fruit for the free wifi and Instagram opportunities? Basically, we decide whether a trend is good or bad. Unfortunately, such trends are determined largely by gender.

Ladies and gentlemen, I give you the battle between the mom hair cut and the dad bod.

The New York Times reported the rise of “mom hair” earlier this week as a cautionary tale for women, the headline ominously acknowledging its presence while conveying a certain level of comfort that something can be done about it. As if this particular hairstyle poses a threat to public health.

“You’ve likely seen it at suburban malls,” warns writer Bee Shapiro before noting the style -- a bob of sorts, we all know the type -- reads as “inescapably frumpy.” The article goes on to address the style as not really a choice, but a necessity following women’s hair loss after giving birth, because god forbid a woman choose a simple cut for no other reason than the pleasures of minimal styling and being able to feel a cool breeze at the nape of her neck in the middle of the summer.

The article goes on to address other hair problems stemming from pregnancy that include receding hairlines, which can apparently be camouflaged with bangs -- phew. All of this underscores the physical toll pregnancy takes on a woman’s body. Not only does the fetus drain a woman of her body’s vitamins and minerals -- which cause hair loss when the reserves are depleted -- but force her to resort to an obvious and unattractive hairstyle. Ah, the joys of motherhood.

If only our culture was accepting of a not-so-perfect parental physical aesthetic that celebrates the act of being a caregiver without shame.

Oh wait, there is — just not if you’re a woman.

Last summer, dad bods swept the internet as a trend to be ogled, celebrated and distributed via meme. I’m not referring to Channing Tatum’s god-like physique in “Magic Mike XXL,” all shoulders and sinews. Our culture grew to value something softer in men.

The Times used a Clemson University student’s in-depth analysis to describe the phenomenon.

“The dad bod is a nice balance between a beer gut and working out,” later adding, “The dad bod says, ‘I go to the gym occasionally, but I also drink heavily on the weekends and enjoy eating eight slices of pizza at a time.'”

So taken were we as a society by the dad bod, that the New York Times published a few follow up articles including a quantified break down of how the look is achieved, as well as an invitation for readers to share photos of their dad bods.

So where are the pieces asking women to share photos of their mom cuts? It would make sense to showcase the result of spending a few hours and a significant amount of money at a salon rather than the after effects of too much pizza and not enough exercise, but that’s not the culture we live in. In 2016 we’re still socialized to believe women must maintain a certain level of physical attractiveness to be considered relevant (or at least not mocked in a well-respected publication), and have reached a moment where we’re now shaming women for something as arbitrary as a hairstyle. Maybe we’d have fewer problems as a society if we invested this much thought in people’s parenting skills, regardless of gender.

In any event, I think the mom hair cut ought to be celebrated. My own mother has one, and I think it’s fabulous.