"Sure, there's anger and frustration," he said, "but that doesn't mean you appeal to the worst elements in people" 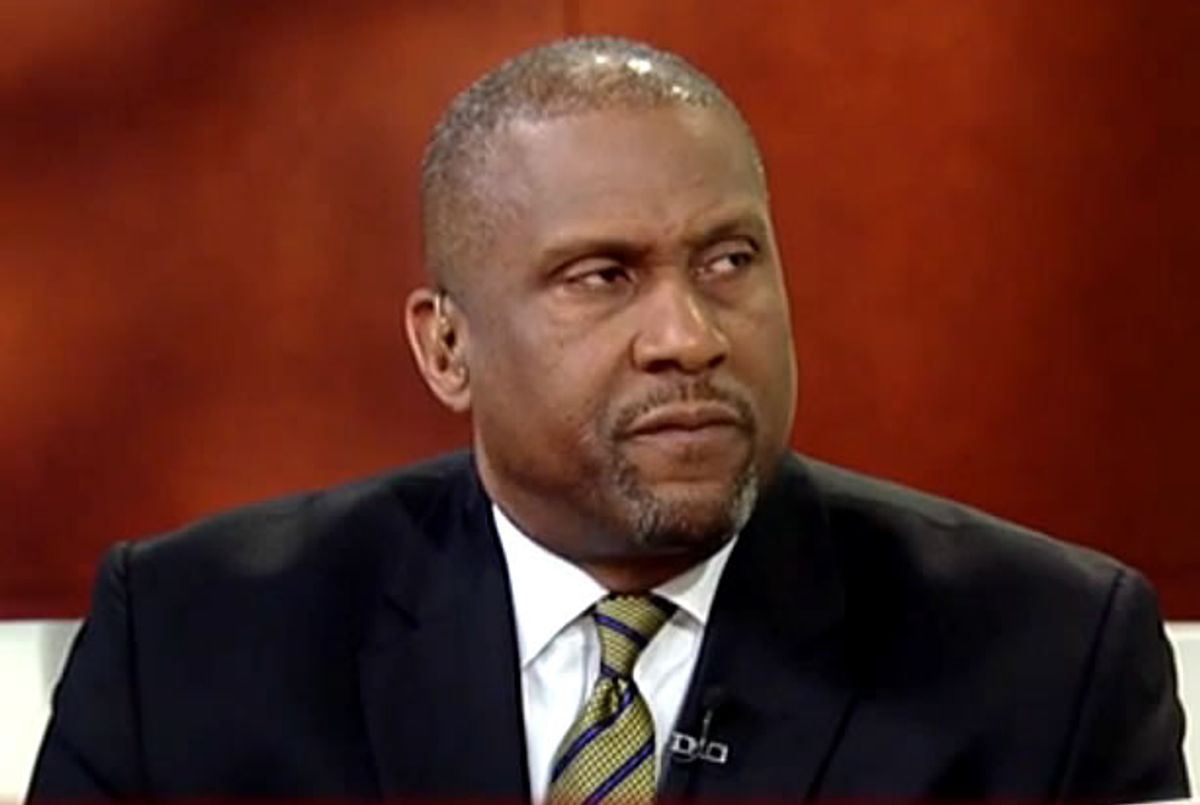 Tavis Smiley appeared on Fox & Friends Friday morning to promote his new book -- "Before You Judge Me: The Triumph and Tragedy of Michael Jackson's Last Days" -- but before speaking about that entirely uncontroversial topic, co-host Steve Doocy asked him for his thoughts on British voters deciding to "Brexit" the European Union.

"Borders are important," Doocy said, "and they wanted to take to their country back."

"To be sure there's anger and frustration," Smiley replied, "but that doesn't mean you appeal to the worst elements in people to respond."

"What do you mean?" Doocy said.

"The rise of racial campaigns around the world -- including this country -- clearly is fear-mongering. David Cameron made a sharp turn to the right last year, and it put it his future in jeopardy, as well as the future of his country in jeopardy."

"We live in a global world," Smiley continued, "and if you think you can isolate yourself on an island, you're going to find yourself bankrupt -- not just ideologically, but fiscally in the years to come."

One of Doocy's co-hosts replied that "many of these countries have seen a migrant crisis triggered by terrorism and threats from ISIS, by infiltration. What does it have to do with race if we're talking about infiltration?"

"We have to distinguish between those two things," Smiley replied. "David Cameron threw immigrants under the bus -- as you'll recall, he tried to tie now-Mayor of London [Sadiq] Khan to ISIS. If that isn't race-mongering, if that isn't fear-mongering, I don't know what is."

He later noted that the first thought he had upon hearing about the Brexit results were that it's possible that Donald Trump could actually win in November.