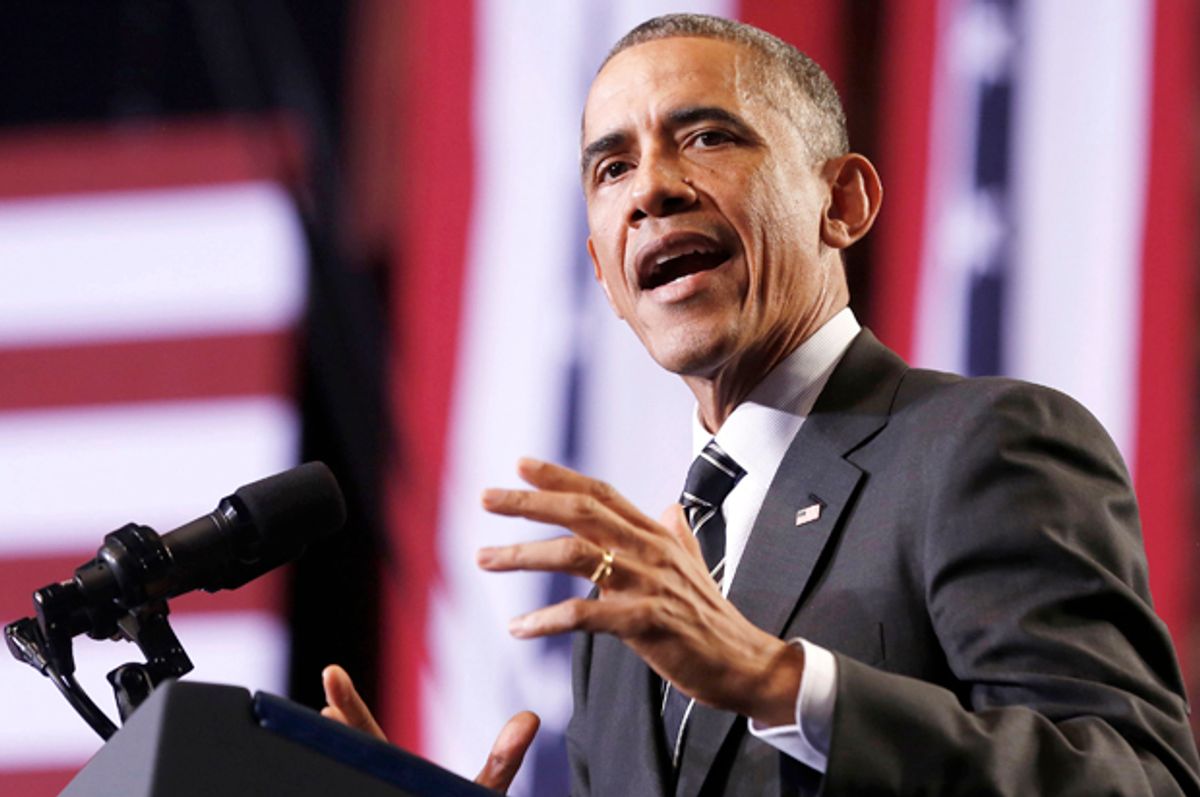 Speaking to the press after the U.S. Supreme Court handed down its decision on United States v. Texas, President Obama relayed his disappointment. Describing his goal as “making our immigration system smarter, fairer and more just,” Obama explained why he decided to use his executive authority, in the face of Congressional inaction, to offer some respite to some undocumented immigrants. The president’s executive orders, known as Deferred Action for Childhood Arrivals (DACA) and Deferred Action for Parents of Americans and Lawful Permanent Residents (DAPA), were challenged by a coalition of 26 states, led by Texas, on the grounds that the program exceeded the president’s statutory authority and imposed an undue burden on the states to implement.

The Supreme Court, considering cases while being one person short of a full bench of nine, returned a 4-4 tie. This means that the Fifth Circuit Court’s decision upholding the preliminary injunction against these initiatives will stand. Though the split vote sets no national precedent, it leaves in place the ruling by the lower court. In this case, the federal appeals court in New Orleans determined that the Obama administration lacked the authority to shield immigrants from deportation and make them eligible for work permits without Congressional approval.

In his press conference, the president clarified his administration’s approach to deportations, saying, “our enforcement priorities that have been laid out by Secretary Jeh Johnson at the Department of Homeland Security are pretty clear. We prioritize criminals. We prioritize gangbangers, we prioritize folks who have just come in. What we don’t do is prioritize folks who have been here a long time, who are otherwise law-abiding, who have roots and connections in their communities. So those enforcement priorities will continue.”

Yet, there’s a difference between what the president says about his immigration goals and values and his actions themselves. Since coming into office in 2009, the Obama administration has deported more immigrants than any administration before it. As of January 2016, the administration deported more than 2.5 million people — 23 percent more than during the George W. Bush presidency. And Thursday’s press conference bemoaning the Supreme Court’s deadlock came just days after the Immigration and Customs Enforcement (ICE) agency concluded a month-long raid in the Midwest, deporting hundreds of undocumented immigrants. This raid, targeting criminals in particular, is one in a series of raids launched around the country since the end of 2015.

A raid that swept Georgia, Texas and North Carolina resulted in the deportation of more than 100 people, mostly women and children. These women and children wind up in one of Texas’ burgeoning detention centers. One of the most notorious of these centers, the Karnes County Residential Center, which was the site of immigrant mothers undertaking a hunger strike to get food and medicine for their children, was granted a childcare license by the Texas Department of Family Protective Services. Travis County Judge Karin Crump denied the detention center such a license, by finding that, in fact, the Center’s rules could place children at risk of abuse.

Herein lies the dissonance in the Obama administration’s rhetoric on immigration policy. The president argues, well and often, that we are a nation of immigrants and that we are made stronger by diversity. Addressing the nation in 2014 to announce the DACA and DAPA executive actions, he posed the following questions: “Are we a nation that accepts the cruelty of ripping children from their parents’ arms? Or are we a nation that values families, and works together to keep them together?” He asked those very questions again Thursday when discussing the Supreme Court’s deadlock. Either this is outright double-speak, or the president is unable to connect the devastating impact that his administration has had on immigrant families with his stated beliefs on the value of treating those families with dignity. Given this confounding divergence between what the president says and what his administration is doing, immigrants' rights advocates have to find a way to bolster the administration’s proactive measures, while asking for accountability on the skyrocketing numbers of detentions and deportations, including many children and families seeking asylum.

All this in an election year, no less. As he has made clear, if the presumptive Republican nominee Donald Trump wins the presidency, it would surely result in a swift end to programs like DACA and DAPA. If Hillary Clinton, the presumptive Democratic nominee, is elected, it would be within her executive authority to revive the programs or work with Congress on new immigration legislation. Either way, a new president will be in the position of filling the seat on the Supreme Court that could serve as the tie-breaking vote.