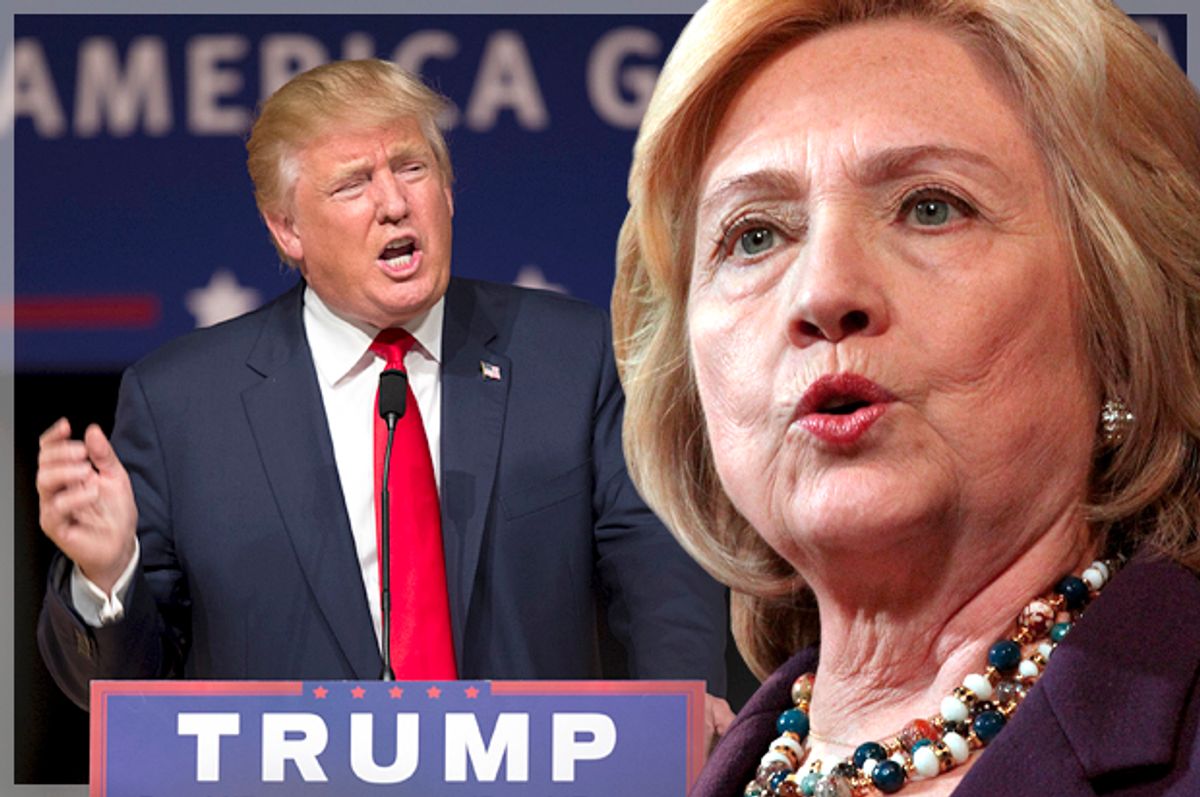 It’s standard operating procedure for political campaigns to try to poach votes from their rivals by appropriating their rhetoric and repurposing it to sell their own philosophy. Ronald Reagan springs to mind as one of the best at that game, subtly appropriating liberal icons to use for his own purposes and driving a wedge between the Democratic rank and file and their party. He would blatantly steal from FDR, for instance, using phrases like "this generation has a rendezvous with destiny” for his own right wing purposes. In later years, the Republicans tried to appropriate the martyred Democratic president John F Kennedy as a fellow cold war hawk leading to the famous vice presidential debate exchange between Dan Quayle and Lloyd Bentsen who zinged the callow Quayle with the famous line, “I knew John Kennedy, John Kennedy was a friend of mine. And you sir are no John Kennedy.”

Back in the '90s, the Republicans created a scandalmongering cottage industry mostly designed to titillate a gullible press corps but the assumption was always that they were one scandal away from the Democratic rank and file turning on President Clinton and voting him out of office after the first term or, when that didn’t work, help push him out of office before the second one was done. This led to a strategy to throw the kitchen sink at the White House to create what they called “Clinton fatigue” the idea that voters would get so sick of scandals that they didn’t care anymore if they were true and just wanted them to end. It was not very successful. The more they pushed, and the more hysterical the media became, the more the people dug in their heels. The week they voted to impeach him Gallup reported:

Despite the fact that he is only the second President in U.S. history to be impeached by the House of Representatives, President Bill Clinton received a 73% job approval rating from the American public this past weekend, the highest rating of his administration, and one of the higher job approval ratings given any president since the mid-1960s.

On the day he left office he had a 66% job approval rating.

The point of this is that while it often seems like a good idea for the opposing party to try to sow discord between a candidate and his or her  base  (or take advantage of discord that already exists) it doesn’t always work out the way they plan it.  Indeed, Democrats have become very good at seeing when they’re being manipulated by ever-so-clever Republican operatives. But with a Clinton back on the scene, it appears that like moths to a flame,  Republicans just can’t help themselves.

Last May, Ashley Parker and Nick Corasaniti of the New York Times reported that the GOP was executing an elaborate social media strategy to make the case that Hillary Clinton was selling out the left wing of the Democratic Party. They sent out tweets and Facebook posts which were then shared by thousands of Democrats in their circles without realizing they were generated by Republicans. The program was run by the right wing PAC America Rising’s Matt Rhoades, Mitt Romney’s campaign manager who took the lesson from his own experience that the best way to weaken a general election candidate was for their own base to attack relentlessly during the primaries, as had happened to Romney in 2012. He was not alone. Karl Rove’s group American Crossroads created digital content with the same intention: to portray Clinton as corrupt and untrustworthy and aim it from her left:

Steven Law, president of American Crossroads, said the goal was simply to erode what should be her natural core of support.

Mr. Law said members of his staff at American Crossroads had easily been able to inhabit the liberal role, despite being fervent Republicans. “We wear these little bracelets — W.W.E.W.D.,” Mr. Law joked, referring to “What would Elizabeth Warren do?”

At that point they had no idea how the Sanders campaign would catch fire on its own or that they might have been better off using some of that clever technological know-how to tend to their own back yard. If they had kept their eyes on the prize and tried some of these tricks on Donald Trump they might have spared themselves the embarrassment they’re facing today.

But they don’t seem to have learned their lesson, at least the RNC hasn’t. As my colleague Sean Illing  reported yesterday, a strategy memo has leaked in which it’s revealed that the GOP is planning to attack Clinton’s choice for vice president, you guessed it,  “from the left.” They plan to “drive wedges” between the top contenders and “traditional left-wing constituencies” and frame the choice as “an insult to the large deep base of Sanders supporters.”  Unfortunately, they’re a little bit late. As Illing pointed out,  Sanders supporters are already moving to Clinton in large numbers if nothing else out of terror at the prospect of the GOP nominee.

You would have thought that Clinton surviving these sorts of attacks 20 years ago and coming out more popular than ever would have shown them that this strategy just doesn’t work very well. Perhaps if they spent more time working with their own extremist base and less time trying to manipulate the Democratic base they might have a little bit more luck actually winning the presidency.