The Strokes' energetic return: Play "spot the reference" in this dizzying pastiche video

You won't find a sudden burst of originality here, but "Threat of Joy" and its new video rock hard 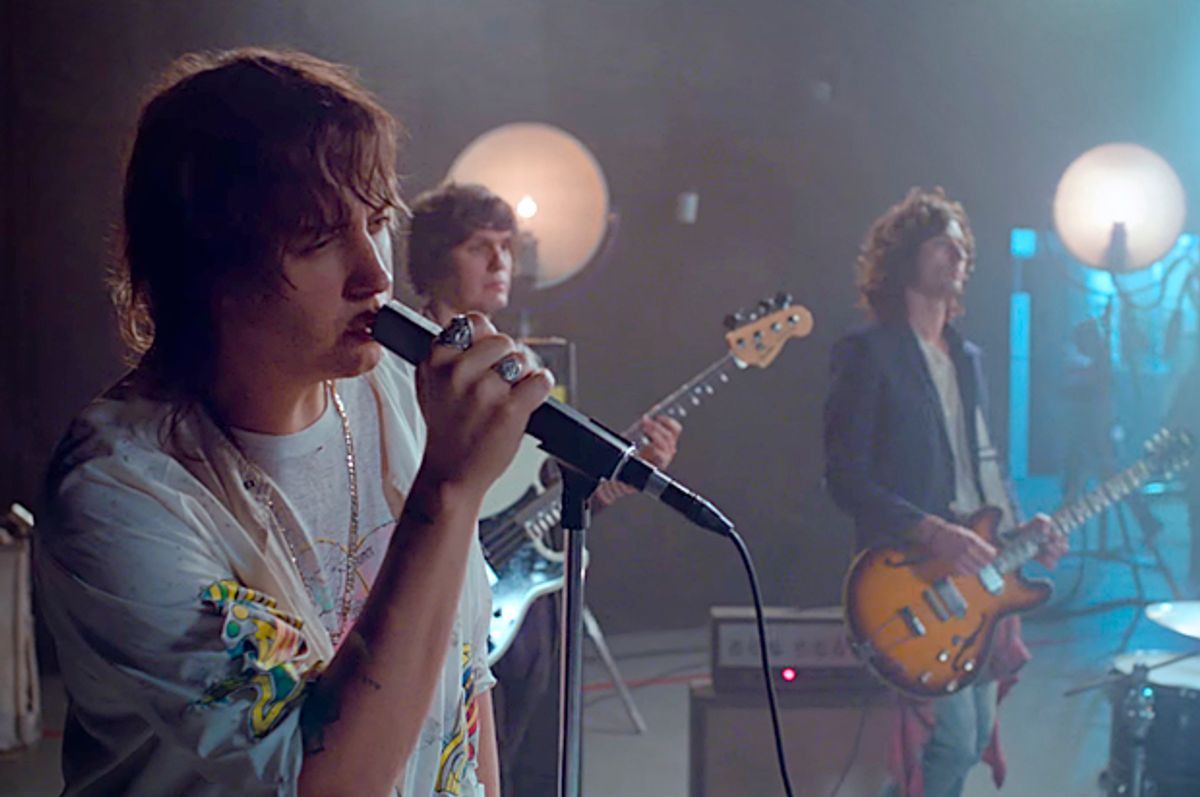 For the first time in five years, The Strokes have dropped a new video. “Threat of Joy” – the song appears on their recent EP “Future Present Past” – is like the much-hyped New York band in a nutshell: Both the video and the song are almost dizzyingly derivative of others’ work, and they are also so energetic and winning it’s hard to really mind.

The Strokes, of course, have been criticized for sounding like other groups for a decade and a half now. Their debut album, “Is This It,” contained echoes of Television, The Velvet Underground, Pavement, and various punk bands. Still, it was full of force and a sort of jaded enthusiasm about music, New York, and being young.

“Threat of Joy” distills that early thrill 15 years later. Musically, the song shows the band in glorious riff-driven form, with a gently distorted guitar chopping out a phrase matched with occasional Beatles-esque fills on another. It’s hard to listen to the muffled vocals and not be reminded how much singer Julian Casablancas owes to Pavement’s Stephen Malkmus. (There’s a bit of Modern Lovers-era Jonathan Richman here as well.) Lyrically, it seems to be either a breakup song with drug addiction as its subtext or vice versa – meaning, it’s like a huge number of Lou Reed-shadowed rock songs.

The video has nearly as many references. It starts out showing the supposed making of the video for another song from the same EP, “Oblivius” (sic). Suddenly, terrorists burst in, abduct the director, and steal the film reel footage, and now we’re watching a live performance of “Threat of Joy.”

Over the next few minutes, we get a quick mashup of a caper film (the Beastie Boys’ “Sabotage” without the ‘70s mustaches), lyrics printed on pieces of cardboard and discarded (Bob Dylan’s “Subterranean Homesick Blues” segment from “Dont Look Back”), a sexually charged costume ball (shades of Stanley Kubrick’s “Eyes Wide Shut”) and men in suits and pig masks (okay, this last part may have been dreamed up by the Strokes.)

Throughout, the original film reel is stolen, traded, stolen back, and revealed to be empty: This part of the video feels a bit like a James Bond movie directed by Louis Bunuel. And then a SWAT team shows up.

So what does this tell us about the state of the Strokes in 2016? First, they are as derivative as ever. Second, their sound, which seemed to be moving into disco/synth-pop territory with 2013’s “Comedown Machine,” has returned to the mix of guitar fuzz, blurred vocals, and catchy melody from their first recordings. In a period almost twice as the Beatles recorded, The Strokes have not really changed much at all.

Third, and most important, the band sound great and the video, despite its lack of originality, captures some of their spirit, halfway between goofy and too-cool-for-school. In the best of all worlds, the Strokes would also have their own individual musical vision on top of an appealing style, great hooks and tight playing. They’d be able to make a video that seems entirely their own.

But one thing the trial over Led Zeppelin’s “Stairway to Heaven” and other controversies over song credits have reminded me is that despite the fights over individual riffs and melodies, the key is whether the new song creates its own reality and puts it across with conviction. The video has me wondering exactly what this reality is – the thing is all over the place. But the Strokes, it seems, have their mojo back.