WATCH: Fox News' latest line of attack on Hillary -- she abused Bill when they were in the White House

According to a former Secret Service agent, they considered Hillary "a threat to the president" 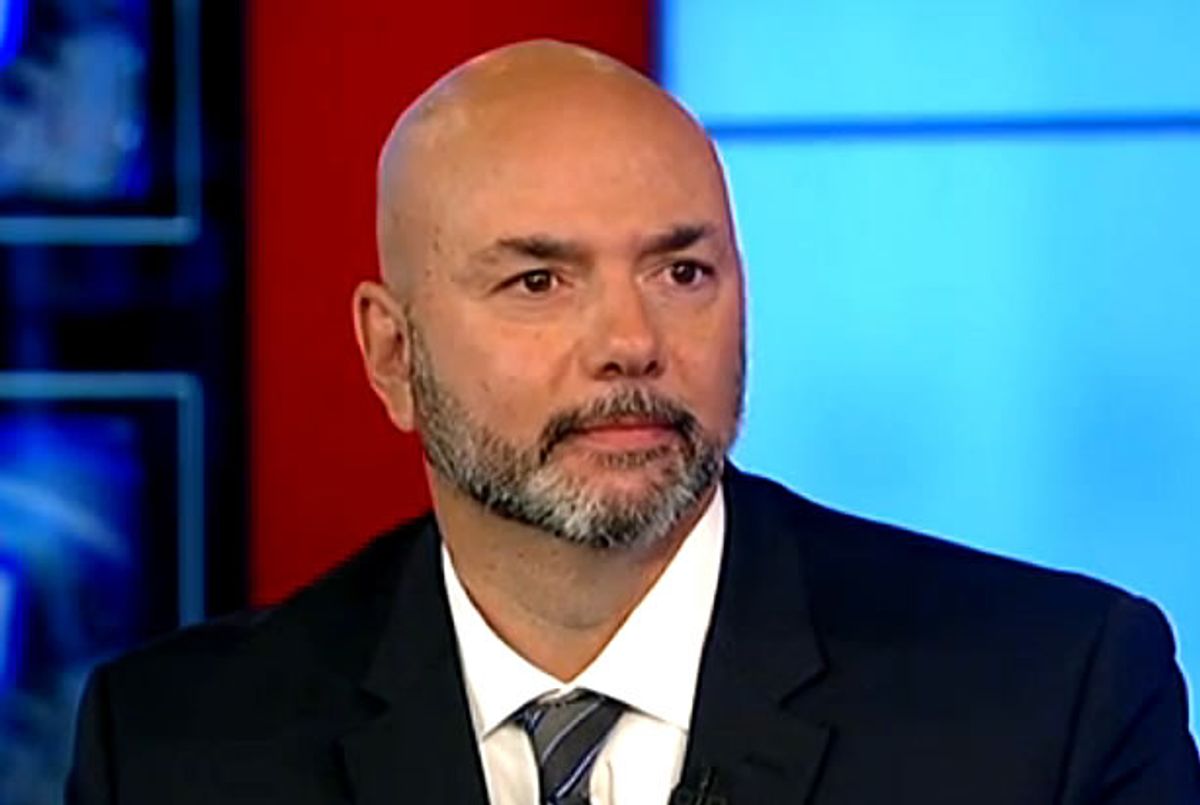 Gary Byrne, author of "Crisis In Character: A White House Secret Service Officer Discloses His Firsthand Experience with Hillary, Bill, and How They Operate," appeared on Hannity Monday evening to discuss some of the "revelations" contained within its pages -- the most explosive of which is that Bill Clinton is a battered husband.

According to Byrne, Secret Service agents assigned to the president were "worried about Bill's personal safety" whenever "he was with one of his mistresses" after an argument that left a vase smashed and the president with a black eye in early 1995.

"The next morning, when I saw him in the Oval Office, he had a mark under his eye and you could see they were trying to hide it with makeup," Byrne said.

"Did it work?" Hannity asked.

"I went to his press secretary and asked him about it and he said, 'Oh, he's allergic to coffee,' and I thought, 'Only under one eye?'"

Hannity picked up on that thread, saying "there was a crisis, and the Secret Service had to determine whether [Hillary] was a threat to the president."

"We were concerned," he told Hannity. "I talked about it with other agents, 'What do we do if there's a domestic situation? What if she did catch the president in a compromising situation?'"

"What was the answer?" Hannity asked.

"Each situation was different, but you have to protect the president," Byrne replied.