Yes, Disney princess culture is influencing your daughters—and your sons

Stereotypical female behavior, as modeled by the characters, is seen as a negative for girls—but good for boys 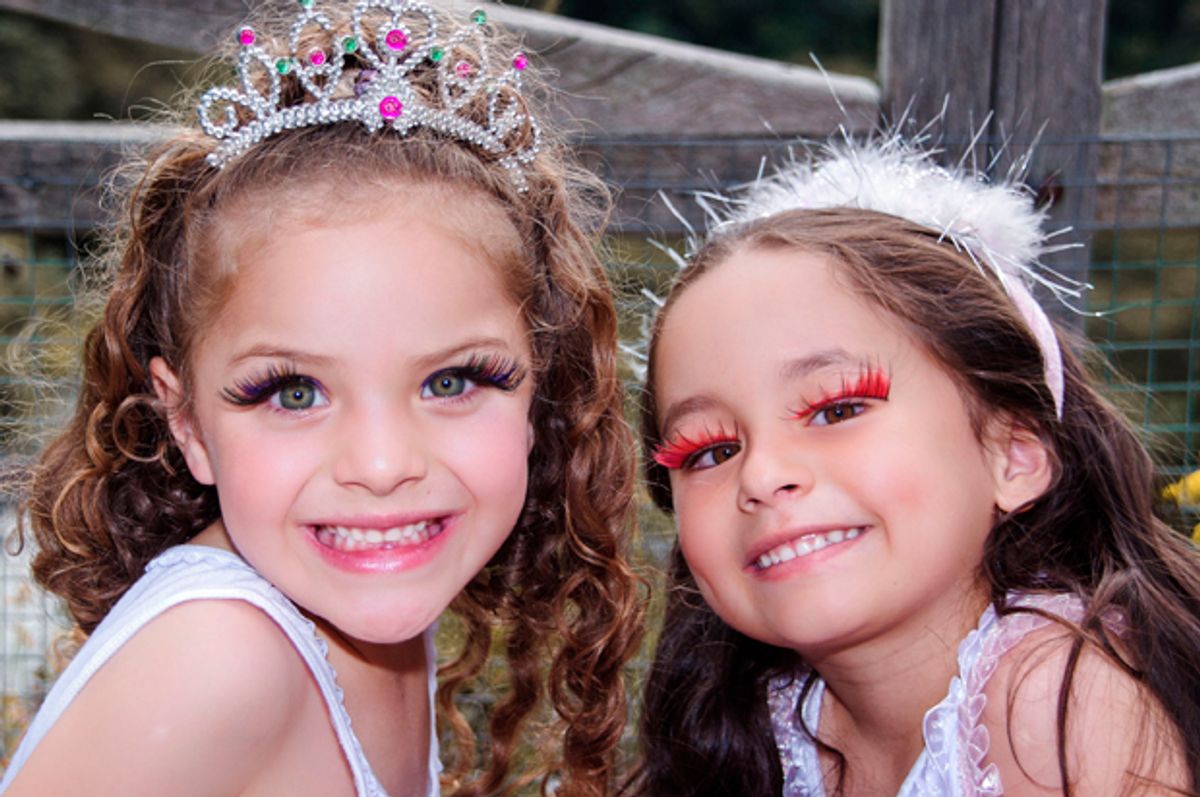 If you're looking for further evidence that the constant deluge of princess ephemera being aimed directly at your daughters has a effect, a new study out of Brigham Young University will confirm your dark fears. But then it gets complicated. Because it affects your sons, too.

As KJ Dell’Antonia writes this week in the New York Times, a study of nearly two hundred boys and girls aged 5 to 6 revealed that "higher princess involvement (through toys, products and media consumption) over the course of a year was associated with higher levels of female gender-stereotypical behavior at the end of the study." But for girls, that stereotypical behavior — "quiet play, pretend cooking and cleaning, and avoiding risks, getting dirty or trying new things" — has more negative, "potentially problematic" associations, while for boys, "becoming more feminine is becoming more well-rounded." How's that for a stacked deck, am I right, ladies?

The study, with the says-it-all-name "Pretty as a Princess: Longitudinal Effects of Engagement With Disney Princesses on Gender Stereotypes, Body Esteem, and Prosocial Behavior in Children," notes that "30 studies found that television viewing can develop and reinforce children's attitudes regarding gender stereotypes," unsurprising given Disney's three billion dollar a year in princess profits.

Five years ago, author Peggy Orenstein explored the effects of princess culture in her "Cinderella Ate My Daughter," and what happens when girls are confined to "the pink box." As she told Salon at the time, "Now you’re already a princess while you’re still in the womb. And then you hear for years, 'You’re so pretty,' until suddenly you’re not pretty enough."

To be clear, the notion that typically feminine behaviors and attitudes are a detriment to girls is one that needs a skeptical examination. But I'm not sure Catherine Connors —founder of Demeter Media, but the former head of content at Disney Interactive for Women and Family — is the world's most unbiased authority. Speaking with the Times, Connors said this week that "the idea of femininity being encouraged in girls" as problematic is "a manifestation of institutional and cultural sexism." And sure, you can absolutely rock a tiara and run the world. Pink is a power color, too.

Yet I question Connors' assertion that "Snow White and Cinderella are active. They’re just not necessarily active in masculine ways. We see Cinderella being kind as somehow less noble than going out after a dragon." Uhhhh, no offense to princesses, but Snow White is literally unconscious for a key portion of her narrative. Cinderella is rescued from a life of forced domestic servitude by a prince and a FANCY SHOE. Makes one wonder how Connors can, with a straight face, ponder that "We wring our hands about girls being snookered by the princess narrative, but we don’t worry about boys being confused about their future as superheroes." While princesses like Mulan and Merida show that girls can be beautiful and brave, the newest Disney princess study shows exactly why parents still feel the need for all that hand-wringing.