Nearly a year after his viral tirade, former UConn student Luke Gatti is still struggling with his demons 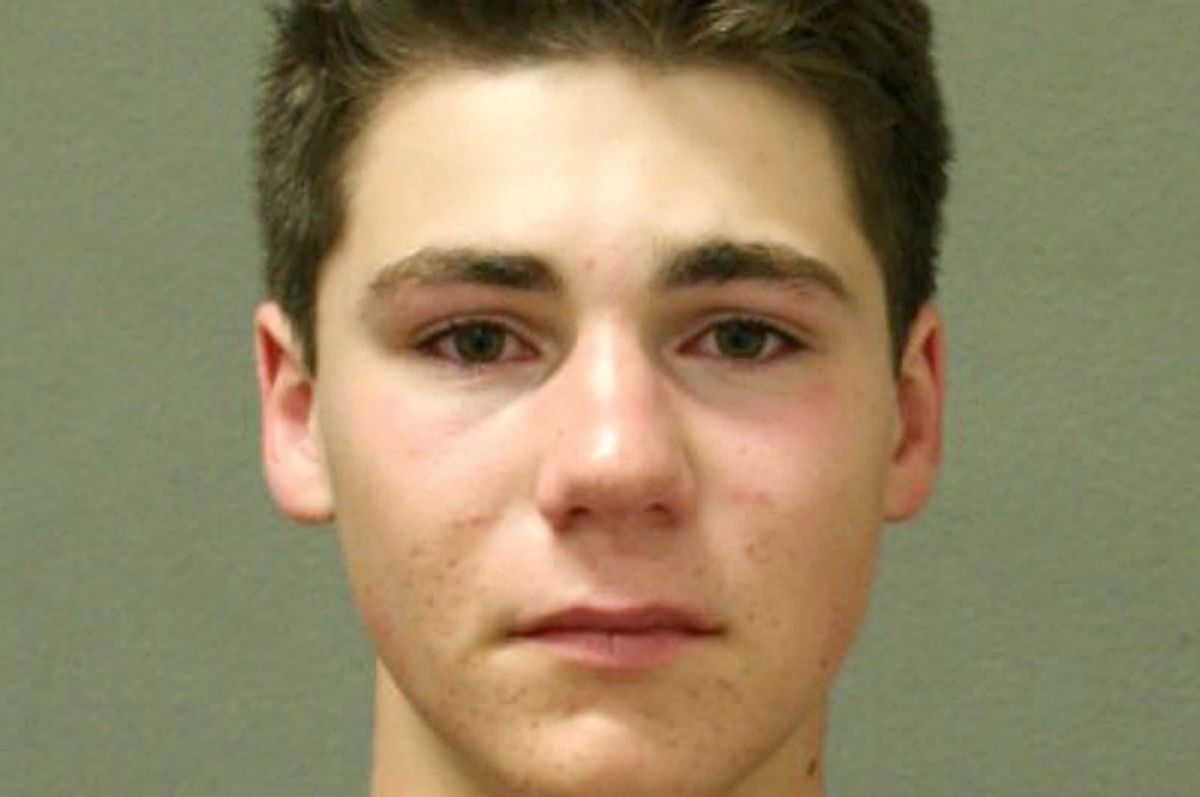 Had he not attained infamy when a video of his shambling cafeteria demands for some "f__king bacon jalapeño mac and cheese" went viral last fall, Luke Gatti might very well still be in the desperate state he currently is. But there can be no denying that it's been a very, very bad year — and that becoming a punchline wasn't in the plan.

The Hartford Courant revealed Tuesday that the 20-year-old former University of Connecticut student was arrested May 27 at the Wellness Resource Center in Florida, on charges of battery on an officer and resisting an officer with violence. It's just the latest in a string of incidents that stretch back even before his notorious starring role in "Drunk Kid Wants Mac and Cheese." Gatti was already familiar to law enforcement back in 2014, when, as a student at the University of Massachusetts he was arrested twice for disorderly conduct. He also reportedly deployed a racial slur on an arresting officer. Then in October — before the original clip was pulled — he racked up more than a million views on YouTube for his nine minute long furious, slur-tinged, and ultimately physical confrontation with a manager of the University of Connecticut's Union Street Market, a rant that begins with him near bragging, "Yeah, yeah, I’m going to get expelled for this."

A few days later, he issued a public apology, admitting he was "very intoxicated" and saying, "I’ve got some problems that I am addressing. This was seriously the wake-up call." And his father came forward to plead for mercy for Gatti and his family, saying they had "been hit with a barrage of yelling, screaming, cursing, obnoxious, horrible, hateful, spiteful people berating me and my son for screaming and cursing and berating a stranger. There’s been a world full of people doing exactly what my son did and feeling justified in doing so." And Bill McKay the market manager Gatti was so terrible to, publicly forgave him, saying, "Everyone has done something stupid in their life. There are no exceptions to the rule. Some mistakes are obviously bigger than others. Some, like this one, seem bigger because of the social media that exists today."

In the aftermath of his explosive and abrupt departure from U Conn, Gatti entered treatment for his substance abuse issues. Last December, Rockville Superior Court Judge John B. Farley acknowledged Gatti "has only himself to blame" for his "excruciating and humiliating publicity" but added that "he has paid a big price" and prophetically noted, "It's fair to assume that any future brushes with the law Mr. Gatti has will bring more unwanted publicity to him."

In his latest incident, police were reportedly called to the Wellness Resource Center shortly after Gatti had returned there from a detox center in Fort Lauderdale. According to staff, Gatti was "in pain and his vital signs were elevated," and doctors determined he was going through withdrawal. When they refused to give him medication for his symptoms, the police report states, "He was agitated and stated he was in pain and could not handle it anymore." He returned several hours later "angry and agitated."

Here's where it gets really hard to read. The report says that "He then made statements that he did not care if he got hurt or if he hurt himself and wanted to be left alone," and that while in police custody he claimed, "I just want to die, I just want to die," and told police "He needs drugs and alcohol to feel better and always has suicidal thoughts and dreams of people hurting him. He also asked me to do him a favor and shoot him with my duty weapon." The Hartford Courant reports that Gatti posted bail and was released on May 31. He is set to return to court in July. His probation from his October arrest is now in jeopardy. Getting in and staying in school are no longer his top priorities. And that big price he's paid, for being young and having substance abuse problems, is still being paid.