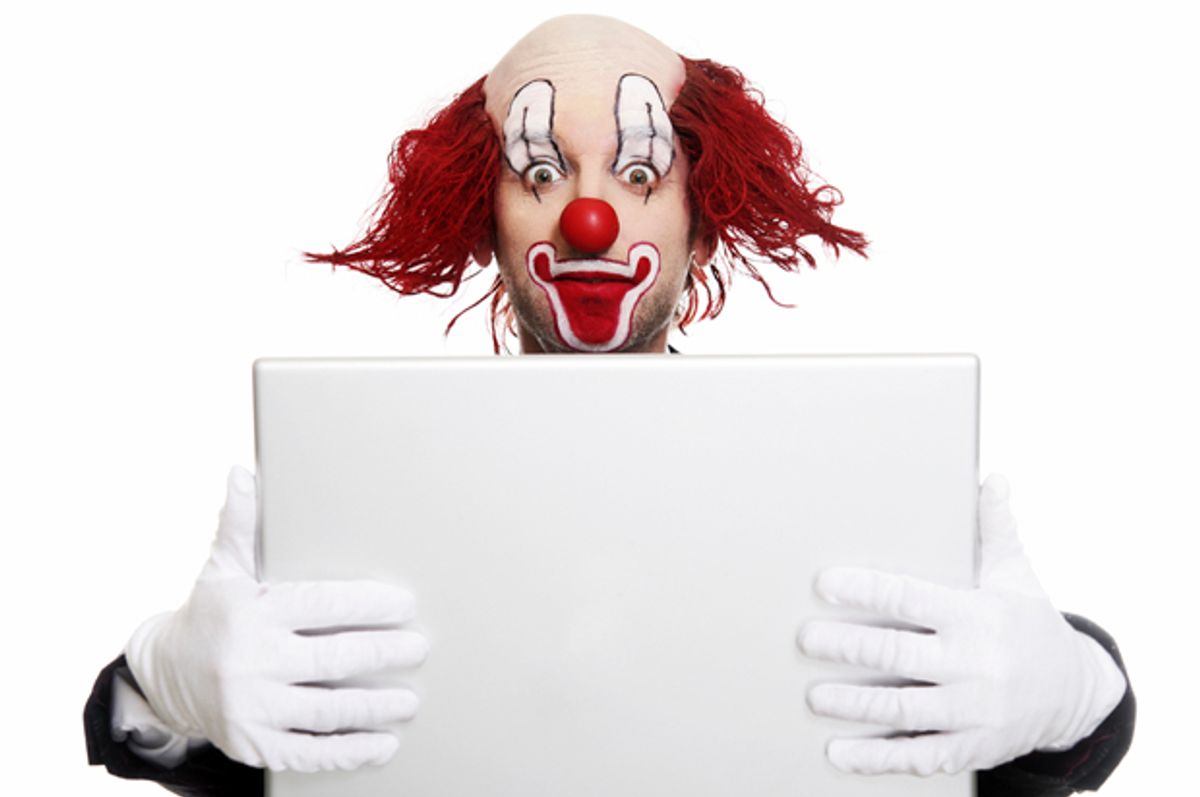 Yeah, it's some pretty ridiculous trolling. And no, as we march toward the finish line of one of the most heartbreaking Pride months ever, no one with half a brain is seriously trying to take anything away from the LGBT community's moment. But also, because there really are some people out there who don't have that half a brain, let's just say it out loud: Straight people don't need to announce their pride in their orientation. We're here! We're straight! So what?

In a bit of self-replicating and unofficial absurdity, the hashtag #HeterosexualPrideDay began trending on Wednesday, promptly leading to an outpouring of humor and sarcasm — with a smattering of embarrassingly serious declarations of straightness. The Huffington Post's Hilary Hanson, calling the hashtag "just more proof the apocalypse is near," traced its origins back to user JackNForTweets, who earlier this month replied to the question "Why do 'straight' men and women go to gay pride parades?" with the quip, "For moral support. Same reason i'm encouraging gays to join the celebration June 29. #HeterosexualPrideDay."

Of course it's stupid. It's stupid because when pretty much all of cultural history, forever, has catered to the expectation of straightness, straightness is not something that requires its own parade. Most humans who've never had the threat of being ostracized by their families and sent away to endure harrowing experiments to try to change their sexual orientation, or who've never questioned that they'd be able to marry the person they love or who've always been able to pee in the bathroom consistent with their identity, or never had to fear becoming the victim of hate crimes or conversely, never been pleasantly surprised when their stories are represented anywhere, ever, don't really feel a strong need to burst in on another community's time for celebration and solidarity.

Yet as Joe Dziemianowicz points out in the Daily News, even as a goof, #HeterosexualPrideDay is still "making a mockery of a community that has faced real violence and oppression." The Advocate also pointed out, this is "far from the first time hateful folks have tried to smear a day reserved for LGBT solidarity." And in a laughable yet totally tragic inevitability, you will find out there plenty of folks on Twitter just unironically embracing their man-lady love and the babies that kind of union provides. It's as awesome as when Piers Morgan says he loves being white (an actual thing Piers Morgan has done), or when a dude comes in to NOT ALL MEN all over a conversation about feminism! Worse, there's been plenty of straight up bigotry spewed under the umbrella of a silly hashtag. If you want to see what ugliness looks like, just scroll a little around Twitter — oh and not just on Hetero Pride Day! Because in case you hadn't noticed, homophobia, unlike heterosexual pride, is a real thing. And if God help you, you really need to believe in hetero pride, I direct you to the words of sportswriter Julie DiCaro,  who said it all Wednesday when she noted, "When you're used to privilege, equality can feel a lot like oppression."