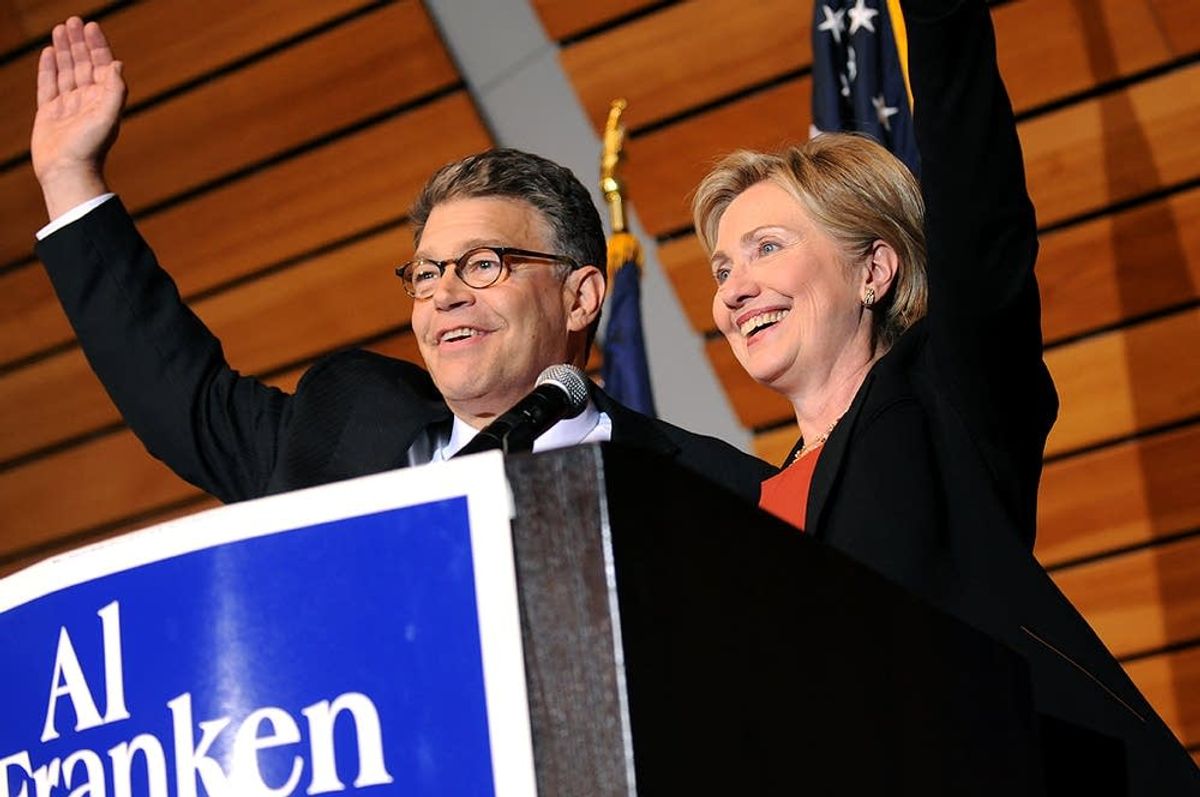 With the Democratic National Convention only a few weeks away, and her top Democratic rival still in the race, Hillary Clinton's window to consider and vet possible running mates is much shorter than it has been for past presumptive presidential nominees. So, with Bernie Sanders vowing to fight on to Philadelphia, the Clinton campaign has dived into a list of potential vice presidential candidates who can help attract hesitant Sanders supporters to shore up the Democratic base (left-leaning independent voters included).

The Minnesota senator and former SNL funny man recently said that he would say "yes" to being Clinton's VP.

Franken told the Associated Press last week that he was open to leaving the Senate to serve as Clinton's second-in-command.

"If Hillary Clinton came to me and said, 'Al, I really need you to be my vice president, to run with me,' I would say yes, but I'm very happy in the job that I have right now," Franken said.

According to The Washington Post, the Clinton campaign has begun vetting Franken along with two other Democratic senators, Massachusetts' Elizabeth Warren and Virginia's Tim Kaine.

"The Coneheads" and "Stuart Saves His Family" star has been a longtime friend of Clinton, going back to his days in comedy and her days as the first lady. Clinton campaigned for Franken's Senate bid, traveling to Minnesota twice in 2008.

And at least for some Sanders' most ardent supporters, he seems to do the trick for Clinton in lieu of their preferred candidate.

"Why does that matter? I think it's important to lampoon Donald Trump," he explained. Politico's Bill Scher further lays out the case for Fanken:

Although, among would-be Clinton voters, Franken fared poorly as a vice presidential choice in a recent poll.

Twelve percent of voters said they'd be more likely to vote for Clinton with Franken on the ticket, according to a Monmouth University poll, while 21 percent said they'd be less likely.

Meanwhile, things are looking equally as humorous on the Republican side, if not more so.

According to multiple reports, including from the New York Times and CNN, Donald Trump's campaign is seriously considering New Jersey Governor Chris Christie as a potential running mate for the blustery New York businessmen turned demagogue.