They gave far better than they got, with one replying, "You want to talk about work? I've seen what you do!" 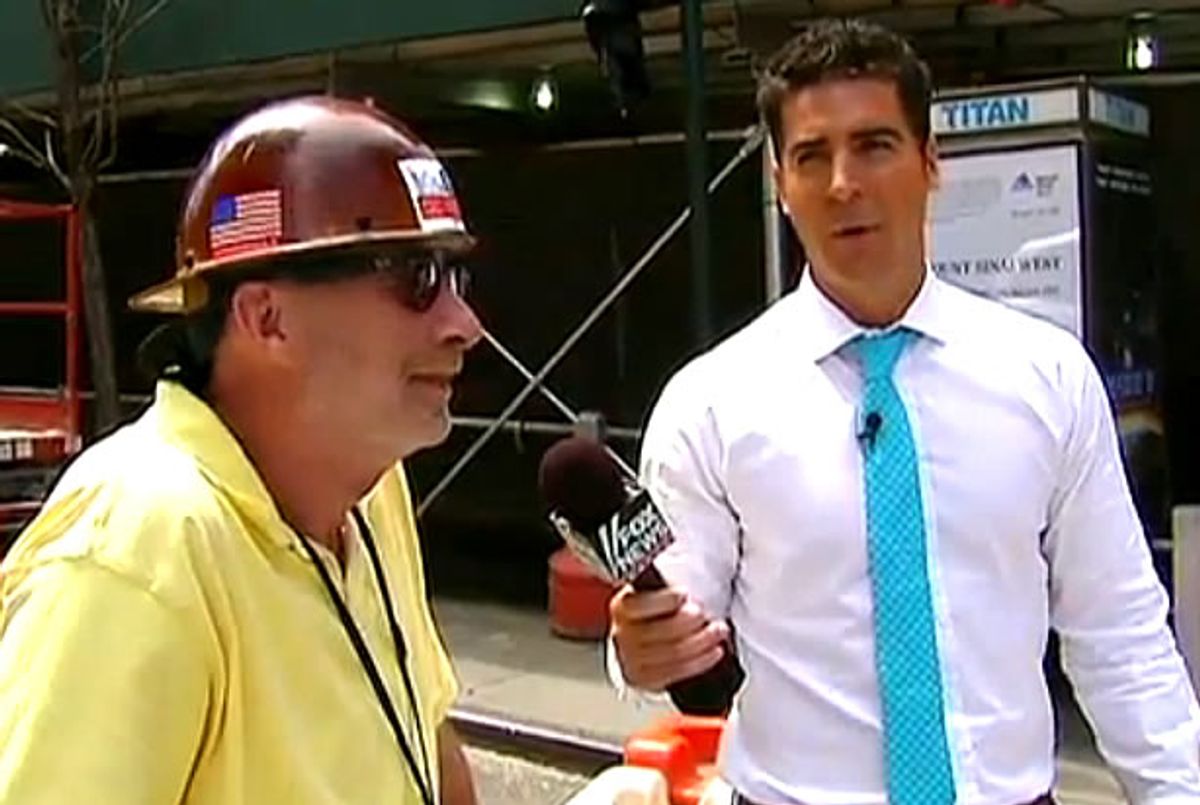 Jesse Watters returned to "The O'Reilly Factor" in order to investigate why construction was causing so much gridlock in the streets of New York City, and for him, the answer was simple -- union employees are inherently lazy and don't work.

"You look like you're hard at work," he tells one constructor worker, who replied, "You want to talk about work? I've seen what you do."

He asked another when a project would be completed as was told "by Christmas," to which he replied, "Christmas 2019?"

Watters tried joking with one union member, and needless to say it did not go well. "How many Teamsters does it take to pave a road?" he asked.

"Thirty-seven," the Teamster replied, "you got a problem with that?"

His class bias was never more apparent than when he asked a member of Ironworkers Local 40 if he could join based on his prowess on the golf course. "I work with a lot of iron" out there, he said.

Watters later informed the same worker that "O'Reilly can't get out to his vacation home" because of the traffic, to which the unsympathetic ironworker replied, "tell him to stay out there when he gets there."

It goes without saying that nearly every film excerpt Watters spliced into the piece was from a mob film or television show, be it "Casino," "Goodfellas," or "The Sopranos."

Of course, Watters couldn't help but inject his trademark sexism into the segment, asking one construction whether he "could sit down right here and whistle at women."

After wrapping the "on the street" element of the segment, O'Reilly returned to blast Mayor De Blasio for failing to properly coordinate the building permits for all these construction projects.

He also undermined Watters' central theme, that the working class is lazy, saying "it's not the fault of the workers, that's a myth -- these guys work, and it's hard work."