Every day we're hustling: Why we love "hustlers" — but not "whores"

Two words, both rooted in sex work — one is celebrated, while the other remains cloaked in stigma 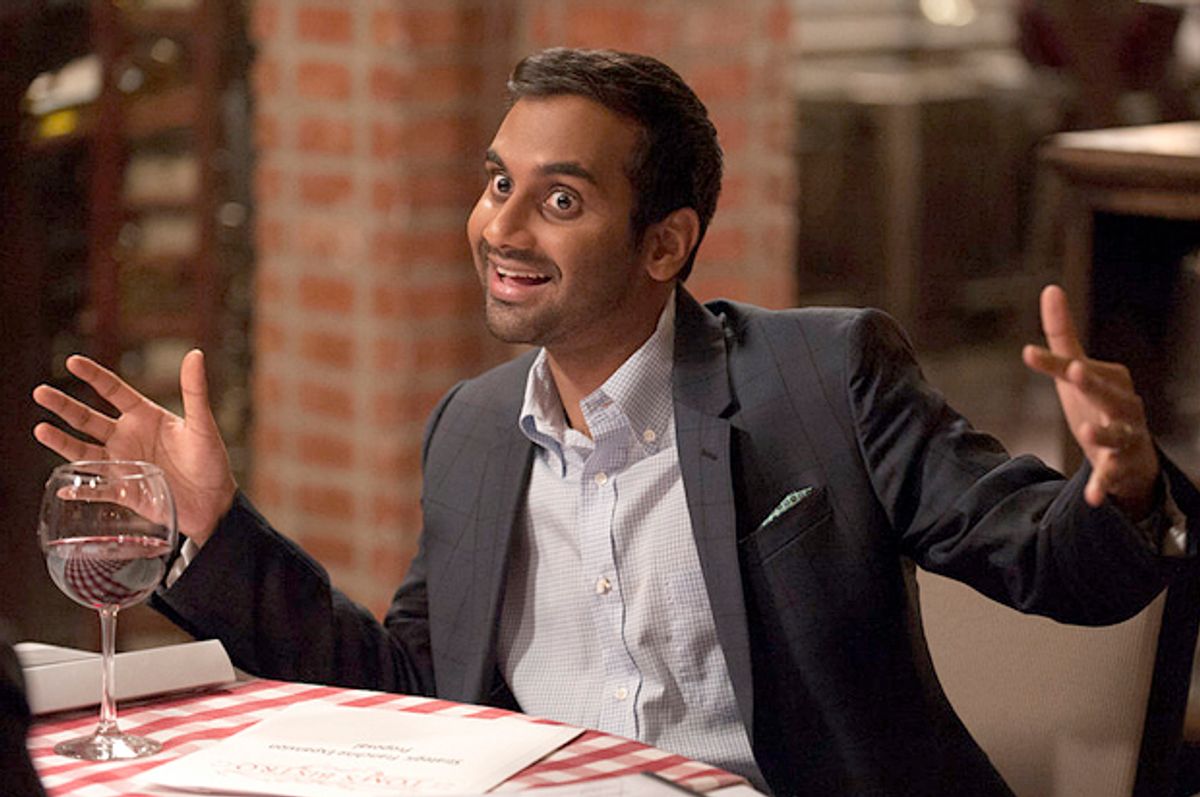 We seem to be in the golden age of hustlers. From tech bros to politicians, everyone's a hustler these days. The infamous hustle is sprinkled across social media bios, WIRED headlines, and marketing campaigns. WeWork’s office wallpaper is dotted with “the hustle.” This is the same office that houses the self-proclaimed “Voice of Hustlers” (I know this, because I’m co-founder of that company). Chevrolet ran a #FuelYourHustle campaign in April, and even FLOTUS be hustlin’ at SXSW.

Simply put, a hustler is someone who knows how to get shit done. But in the past, a hustler was most often a male sex worker, or anyone (usually a man) who’s a bit of a swindler.

One could say “hustler” bears some semblance to the feminized “whore,” another word loaded with connotations around money, fornication and unsavory business practices. Except, while we’ve been socially conditioned to want to be hustlers, we’re wildly uncomfortable being whores. Imagine if Forbes’ Andy Ellwood wrote articles about mastering the art and science of whoredom, as he does for hustle.

What do our words say about our stigmas? Pejorative ideas yield pejorative words, not the other way around.

Historians have found that “whore” might not have always been a derogatory word. And so our discomfort with “whore” is rooted in the problematic cultural aversion to women having sex outside of the perimeters of “good girl” relationships, particularly in the heavily stigmatized world of sex work. It’s a different story for men.

A look at the history and etymology of both “hustler” and “whore,” along with previous attempts at reclamation, reveals a correlation between our changing (and unchanging) views of sexuality and sex work — and the problematic ways we have, and continue, to view both.

The History of “Hustle”

Despite being a younger word, the meaning of “hustler” is perhaps even more slippery than “whore.” But it holds a pattern of describing distasteful behavior.

At the same time, writers seemed to start using “hustler” more liberally. Its use skyrocketed in the mid-1960s, peaking in the mid-1970s. This was the era that brought us "Midnight Cowboy," Robert Mapplethorpe, and the gay culture magazine Drummer — which, according to the magazine’s former editor-in-chief, Jack Fritscher, was “the first gay magazine to report on, encourage, and glorify hustler culture as a valid ‘participatory fetish style’” in the pre-Grindr era.

Fritscher says media, art and film continue to be catalysts for change. “Art always drives people forward. It liberates your vocabulary,” he says. “Liberation was caused by our dramatists and our screenwriters, washing these things out in our literature and hanging them up so people get used to them.”

The “hustler” archetype has experienced a steady, exponentially positive, and — despite its deep roots in gay culture — heterosexual treatment in the media. Hustler magazine launched in 1975, as a more graphic version of Playboy. It boasted a circulation of 3.8 million in 1976, and while that number declined significantly in subsequent years, the magazine is arguably the mainstream prototype of heterosexually lensed “hustler” as aspirational, rather than derogatory.

On the big screen, Richard Gere brought male sex work to life in "American Gigolo." But the film is a departure, not only from how female sex workers are portrayed (read: that other movie starring Gere), but also from the reality of male sex work.

“When we see mass media representations of male prostitution, we see the man who lives the ultimate male fantasy. He’s so good in bed that women will pay to have sex with him,” says Kirsten Pullen, author of "Actresses and Whores: On Stage and in Society."

Fritscher talks about a segment of straight, married men who hire straight (or straight-acting) men for unemotional “body sex.” But in a heteronormative society, we rarely — if ever — witness this hustler dynamic in the media. Which is perhaps why the word has evaded its stigma. Our collectively-sculpted perception of male sex work matches heterosexual dynamics we not only accept, but often glorify: woman-hires-man or man-pimps-woman.

Our filtered perceptions dilute our vocabulary. In the case of “hustler,” the word was stripped of its negative connotations, leaving it with an exclusively positive and glorified connotation. In hip hop, a hustler went from a drug dealer (Ice T’s “New Jack Hustler” in 1991) to a blanket term for masculine, yacht-life ambition (Rick Ross’ 2006 hit, “Hustlin,’” later sampled in LMFAO’s “Party Rock Anthem”):

And yet, for whores, little has changed.

The History of “Whore”

The word seems to have originated in the 12th century from the Old English “hore,” meaning dirt or filth.

But this negative connotation might not be representative of the word’s roots. Author Iris J. Stewart points out in her book "Sacred Woman, Sacred Dance: Awakening Spirituality Through Movement and Ritual," that in ancient Egyptian and Greek religions, several goddesses were called Hor or Horae. According to Stewart, early versions of “whore” also might have referred to dancers or even to “idolatrous practices or pursuits.”

These were times when prostitution was sacred and women’s sexual power was considered to be a channel of divinity. It seems that it wasn’t until patriarchal religions emerged, carrying new taboos against female sexuality, that “whore” was buried in soil.

By the 16th century, “whore” was commonly applied to any unpopular woman, but it also described a women who had sex for money. It remained a general term for contempt through the 19th century.

Thanks to Google’s Ngram function, we can see that the printed use of “whore” peaked in the mid 1700s. After dipping in the Victorian Era, it’s been steadily climbing since the 1920s and is currently peaking again. I’ll point out that the 18th century, the 1920s, and today are all notable periods of sexual liberation for women.

There’s no doubt that “hustler” has experienced a more fluid journey than “whore,” at least in recent decades. But again, it goes back to the undercurrents of cultural acceptance.

At times in its history, there have been attempts at reclamation. In "Actresses and Whores," Pullen discusses the “whore” label that society often projected onto 19th-century performance artists. “This was a way to put a label on them to limit their economic and social power. There weren’t a lot of other jobs,” Pullen says.

But some actresses, like Mae West and Lydia Thompson, embraced the label and played up the hypersexualized “whore” archetype in their performances. In an excerpt from her book, Pullen says, “by turning the accusation on its head, these women provided new images and new words to construct female sexuality.”

A few centuries later, performance artists are again reclaiming the label. The Poetry Brothel is an immersive poetry experience set up like a fin-de-siècle brothel in which patrons receive private readings from the self-proclaimed Poetry Whores. Stephanie Berger, “The Madame” and co-founder of the Brothel, says she finds the whore metaphor empowering.

“By reclaiming ‘whore,’ we are undermining those who try to use it as if it were a dirty word,” Berger says.

Like the Poetry Whores — some of whom, according to Berger, have been sex workers in the past — sex workers themselves have worked to reclaim the word. In fact, many of them wear it proudly.

But the word can never shed its negative connotations until we embrace destigmatization of female sexuality and  decriminalization of sex work.

Ultimately, the more comfortable we are with our sexuality — whether in the context of a committed relationship or a profession — the more freedom we will have to put resonance behind a sexually loaded word.

“We need to get to the point where [women] can reject it or embrace it,” Pullen says about “whore.”

This makes the case for what’s really important here: choice. Being a sex worker is not intrinsically empowering. What’s empowering is the act of choosing to not be seen as a victim, of not feeling shame. We can look to ancient religions as an indicator that whoring does not have to be negative.

There are business executives who “hustle” their way to depression. Yet, hustling has grown into a celebrated phenomenon. Man or woman, we’re encouraged to be ruthless, to “lean in,” to work 70-hour weeks, neglect vacations, and ferociously hit the pavement. For some people, the pavement is the bed. And as PJ Harvey says, “the whores hustle, and the hustlers whore.”

The waves of sexual liberation throughout the centuries parallel our comfort with — or at least use of — the “hustler” and “whore” labels. However, the overall perception of sexuality is more important.

“Hustler” has shed much of its negative connotation, because men having sex and men making money are concepts that have always been culturally accepted. This is not yet the case for women, for whom there remains a collective neurosis around sex and slut shaming.

Is there a significant value in redefining “whore” as “hustler” has been redefined? Maybe not. But if there comes a day that whoring is as illustrious as hustling, I think it would be representative of true progress. And certainly there’s value in redefining our legal and emotional standards for whores. Quieting our stigmas quiets the significance of words. Actions speak louder, anyway.

Teresa Bigelow is co-founder & CXXO of video-focused media company, Trep Life. She aims to empower and inspire the next generation of creators through conscious storytelling and The Intrepid Feminine. Follow her on Twitter @TeresaBigelow