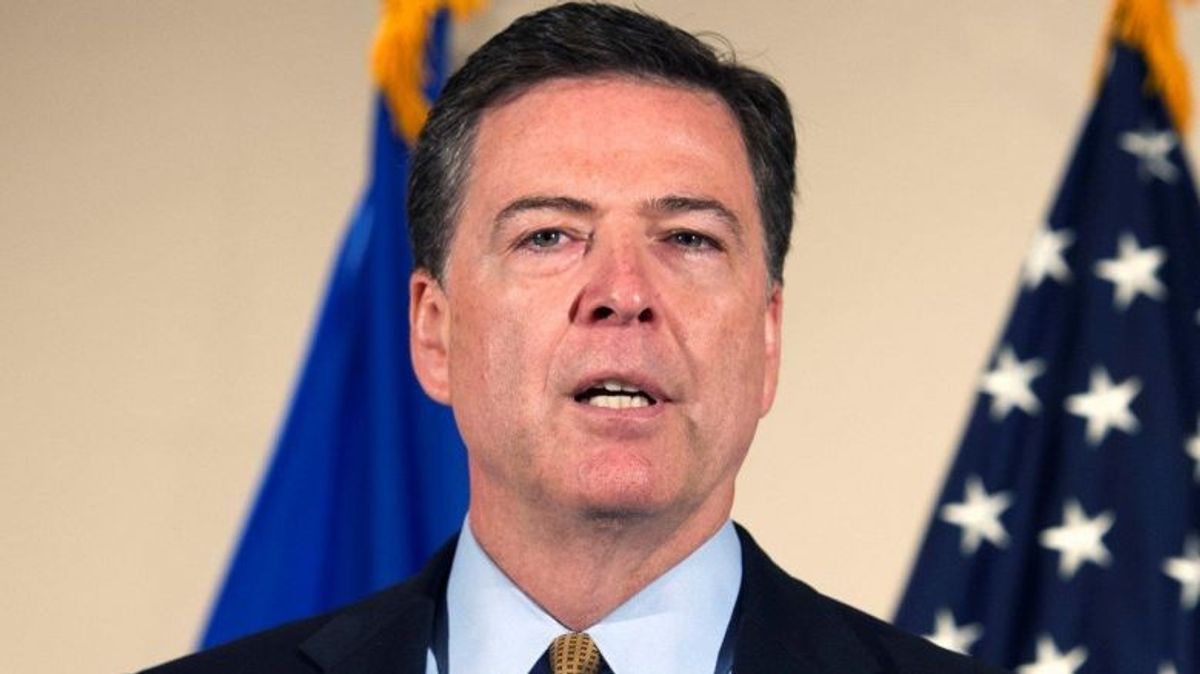 FBI Director James Comey announcing a recommendations of no criminal charges against Hillary Clinton in Washington, D.C. on Tuesday
--

"They do not know what I am about to say," FBI Director James Comey said at the start of a previously unannounced press briefing Tuesday, ensuring viewers that his department's investigation into the handling of email use at the State Department under Hillary Clinton's tenure remained independent of political influence.

Remarkably, without any major leaks, Comey made his final recommendations to the Department of Justice only days after a three-hour interview with the former secretary of state and a week after a widely controversial "chance meeting" between Attorney General Loretta Lynch and former president Bill Clinton.

"Although there is evidence of potential violations of the statutes regarding the handling of classified information," Comey said, "our judgment is that no reasonable prosecutor would bring such a case."

"To be clear, this is not to suggest that in similar circumstances, a person who engaged in this activity would face no consequences," Comey clarified. "To the contrary, those individuals are often subject to security or administrative sanctions."

Comey said, however, that the FBI "found no evidence that any of the additional work-related e-mails were intentionally deleted in an effort to conceal them":

Our assessment is that, like many e-mail users, Secretary Clinton periodically deleted e-mails or e-mails were purged from the system when devices were changed. Because she was not using a government account—or even a commercial account like Gmail—there was no archiving at all of her e-mails, so it is not surprising that we discovered e-mails that were not on Secretary Clinton’s system in 2014, when she produced the 30,000 e-mails to the State Department.

Either Clinton, or the government employees with whom she was corresponding, "should have known that an unclassified system was no place for that conversation," Comey said on Tuesday:

None of these e-mails should have been on any kind of unclassified system, but their presence is especially concerning because all of these e-mails were housed on unclassified personal servers not even supported by full-time security staff, like those found at Departments and Agencies of the U.S. Government—or even with a commercial service like Gmail.

Because Clinton's servers were not secured, Comey said that "it is possible that hostile actors gained access to Secretary Clinton’s personal e-mail account."

"In looking back at our investigations into mishandling or removal of classified information," however, Comey said, "we cannot find a case that would support bringing criminal charges on these facts. All the cases prosecuted involved some combination of: clearly intentional and willful mishandling of classified information; or vast quantities of materials exposed in such a way as to support an inference of intentional misconduct; or indications of disloyalty to the United States; or efforts to obstruct justice."

"We do not see those things here."

FBI to recommend DOJ not bring charges in Clinton email case "although there is evidence of potential violations." https://t.co/KdWtjIna6A