No charges, but still plenty of questions: 3 big takeaways from FBI's announcement on Hillary's emails 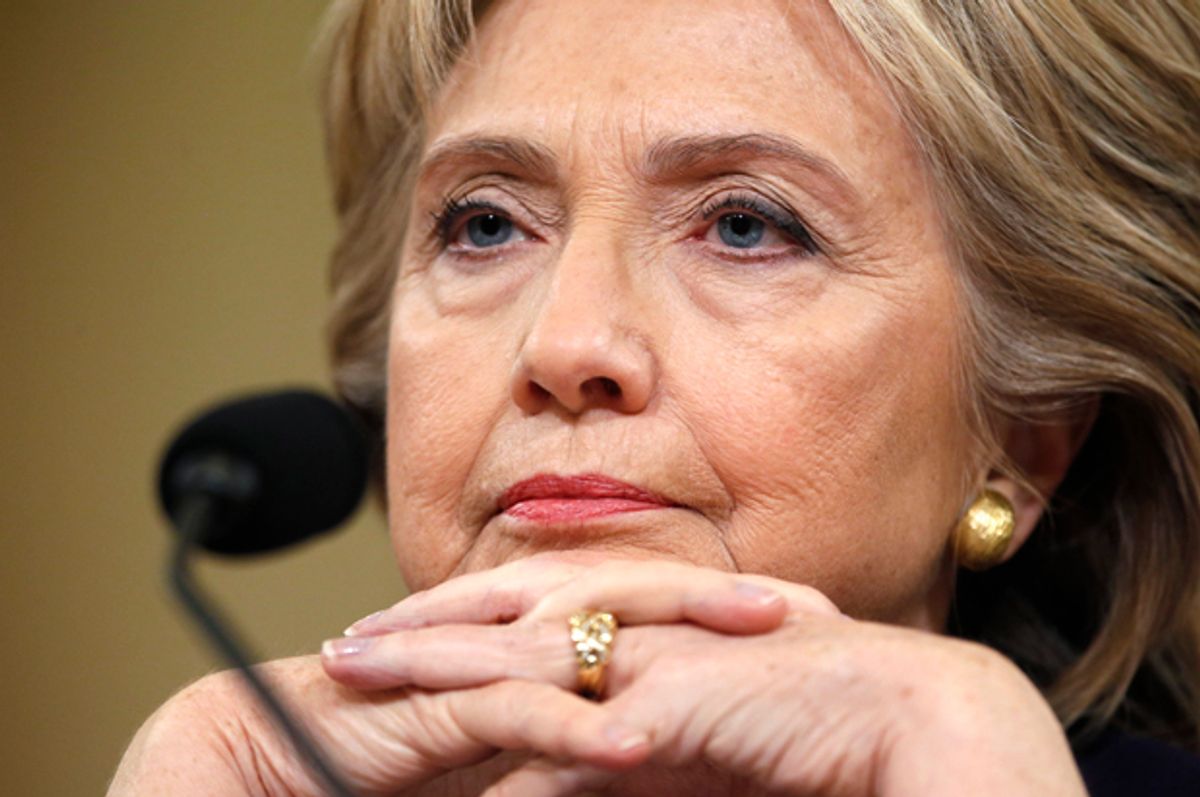 FBI Director James Comey announced Tuesday that the FBI would not recommend charges against Hillary Clinton stemming from her use of a private email server while serving as secretary of state. Though Comey was sharply critical of Clinton and her staff, calling their conduct "extremely careless," he said that, based on the FBI's investigation, bringing charges would be inappropriate and that "no reasonable prosecutor" would elect to indict Clinton.

Attorney General Loretta Lynch said last week that the Department of Justice would accept the FBI's recommendation about whether to bring charges, meaning that Clinton's presidential campaign is likely to continue unencumbered by the spectre of potential criminal charges related to her handling of classified information on the personal server.

Though Comey's press conference was most notable for what it lacked — a recommendation to prosecute — the FBI director's remarks did contain a number of revealing and potentially consequential bits of information.

1. Clinton's main talking point on the email scandal is false.

Clinton has said throughout the FBI's investigation — and as recently as last week — that while using her private server she "did not send nor receive information that was marked classified at the time."

Note that Clinton's statement refers to information "marked" classified, while Comey's does not. As Politifact pointed out recently, Clinton's phrasing was revealing because, under scrutiny, it left open the possibility that Clinton's emails might have included information that was classified but inappropriately left unmarked. This appears to have been the case with the majority of the 110 classified emails Comey referenced.

2. The FBI isn't really sure how much Clinton didn't hand over from her private server

Before Clinton handed over 30,000 work-related emails from her private server to the State Department in 2014, her lawyers deleted roughly 30,000 other emails containing information they deemed personal in nature. After this process was complete, Comey explained, Clinton's lawyers "then cleaned their devices in such a way as to preclude complete forensic recovery."

"I have provided all of my work-related emails," Clinton told ABC News in May. The FBI's investigation revealed that, knowingly or not, a significant number of Clinton's work-related emails were not actually handed over by her staff.

Comey explained that in the course of its investigation, the FBI was able to recover "several thousand" work-related emails that were not among the 30,000 that Clinton and her staff produced to the State department in 2014, three of which contained information that was classified at the time they were sent. Comey said it is "highly likely" that additional work-related emails were deleted by Clinton's lawyers but not subsequently recovered by the FBI.

Though Comey said that the FBI has "no evidence that any of the additional work-related emails were intentionally deleted in an effort to conceal them in some way," his remarks revealed that the FBI's investigation lacked "complete visibility" because it relied so heavily on the sorting process employed by Clinton's lawyers. That is to say, the FBI acknowledges the existence of what Donald Rumsfeld might refer to as "known unknowns" in its investigation.

3. The FBI doesn't know if Clinton's personal server was hacked

Critics have long claimed that the Clinton's use of a private email server unprotected by government security standards put classified information at risk of being accessed by foreign states or actors.

"In my opinion there is a 100% chance that all emails sent and received by her, including all the electronic correspondence stored on her server in her Chappaqua residence, were targeted and collected by the Russian equivalent of NSA," a former CIA case officer told the Associated Press last summer.

Comey said that while the FBI "did not find direct evidence" that hostile actors had successfully hacked Clinton's email, the bureau would be unlikely to find such evidence even if a breach had occurred.

"She also used her personal e-mail extensively while outside of the United States, including sending and receiving work-related emails in the territory of sophisticated adversaries," Comey said. "Given that combination of factors, we assess it is possible that hostile actors gained access to Secretary Clinton's personal email account."