Rep. Jason Chaffetz confirmed Comey will come to Capitol Hill on Thursday to explain why no charges against Clinton 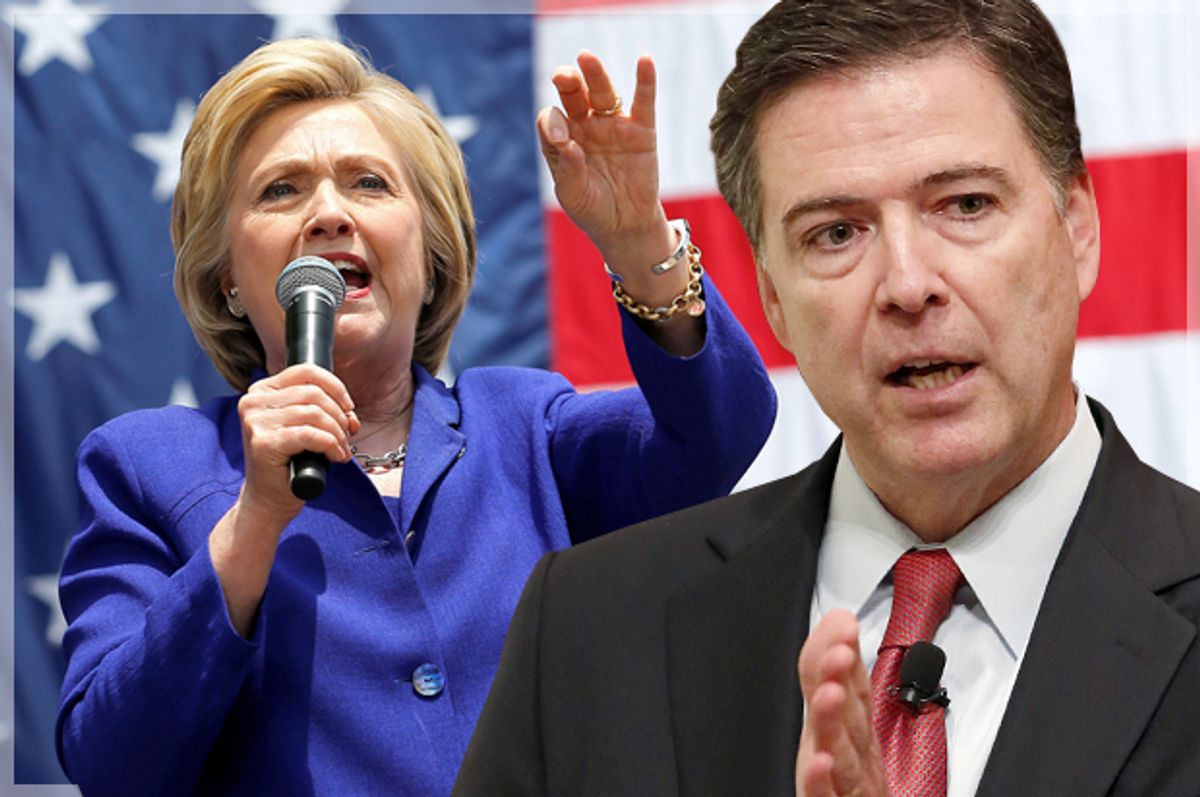 And just like that, we are off to the races.

Less than 24 hours after FBI Director James Comey announced that although his department's investigation found former secretary of state Hillary Clinton's use of a private email server "extremely careless," it was not criminal, House Republicans have demanded that he testify about his investigation and recommendation on Capitol Hill this week.

The head of the House Oversight Committee, Utah Republican Jason Chaffetz, announced on Wednesday that Comey will testify before his committee on Thursday morning.

"The FBI's recommendation is surprising and confusing," Chaffetz said in a statement. "Congress and the American people have a right to understand the depth and breadth of the FBI's investigation.”

“I thank Director Comey for accepting the invitation to publicly answer these important questions."

Chaffetz was quick to express his dismay with Comey's decision on Fox News only hours after the FBI director made his surprise announcement on Tuesday:

Comey, a longtime Republican who donated to both John McCain's and Mitt Romney's presidential campaigns even as he was kept on as FBI head by President Obama, swiftly came under withering criticism from his fellow party members -- many of whom praised his integrity while the FBI's investigation was ongoing.

MSNBC's Joe Scarborough said that while, "I don't question James Comey's integrity. I question his courage."