We need more democracy: Our best hope for political reform is to push for a more inclusive system

As we are witnessing, when voters feel their voices aren't heard, they often make choices out of desperation 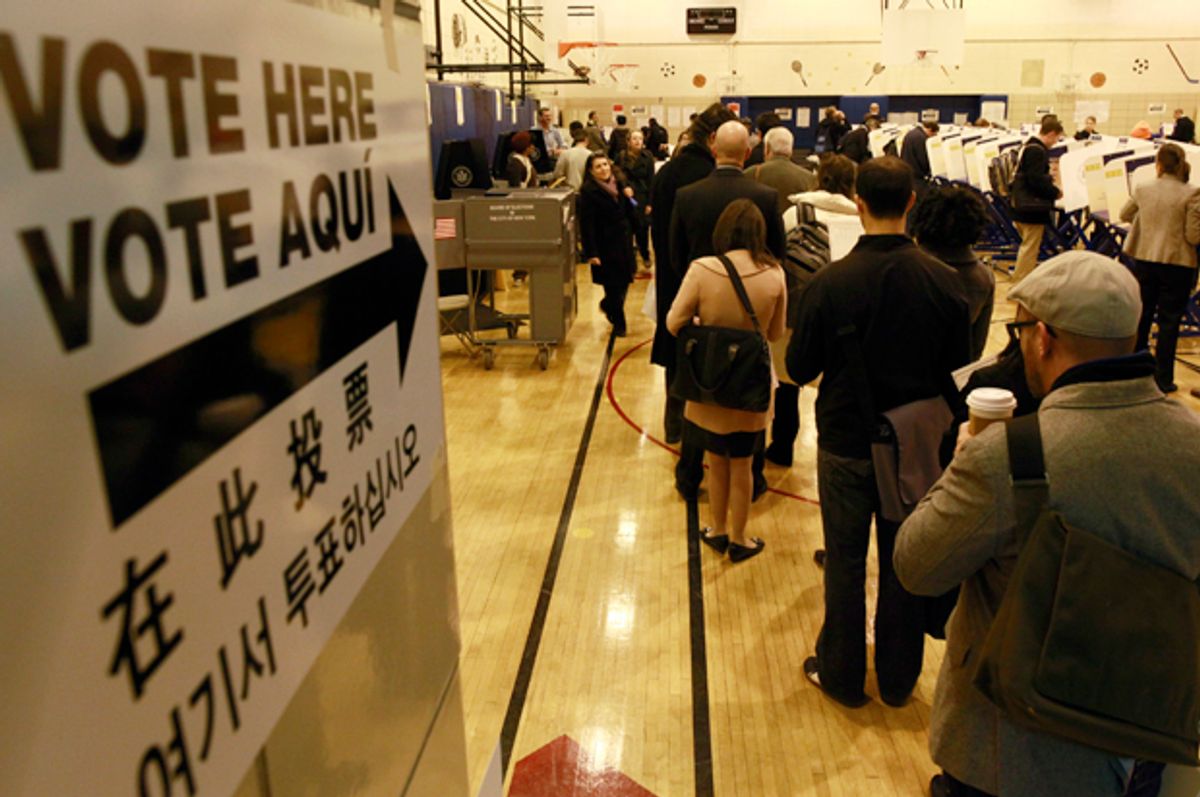 We are living in dark days — so dark, indeed, that in America, the upcoming presidential election between Hillary Clinton and Donald Trump has 13 percent of Americans admitting that they would rather vote for a giant meteor hitting the earth and effectively ending humanity than either of the two main candidates, according to a recent survey from Public Policy Polling.

Trump and Clinton are the most unpopular and disliked presidential candidates in modern times — both with shockingly bad favorability ratings (though Trump, unsurprisingly, edges out Clinton). And it is not only in America where centrism and right-wing populism are clashing heads, but in Europe — most notably the United Kingdom, which voted to leave the European Union late last month after Trump’s British counterparts Boris Johnson and Nigel Farage convinced a majority to vote leave after shameful fear-mongering.

With Brexit in the U.K. and Donald Trump in the U.S., those of us on the left who champion democratic and egalitarian principles must now more than ever explore the dangers of an uninformed, irrational and impulsive populace and its susceptibility to demagoguery. The U.K. referendum was, after all, an exercise in direct democracy — the will of the people.

Of course, it was a self-destructive and foolish vote, and according to a recent study, more than a million of those who voted to leave immediately regretted their decision — an unsurprising development when you consider the economic and political fallout. Moreover, surveys indicate widespread ignorance on issues related to the EU and immigration (a main factor for many).

Similarly in the United States, Donald Trump has run a virtually fact-free campaign. On PolitiFact, for example, only 2 percent of his statements have been ruled “true,” while 41 percent have been ruled “false” and 19 percent “pants on fire.” While the billionaire has painted the Obama administration as weak on illegal immigration, the reality is that more undocumented immigrants have been deported under Obama than under any of his predecessors.

And yet, ignorance abound, these lies and fabrications have done little harm to his campaign, while the falsehoods spouted by Boris Johnson and company swayed a majority of Britons.

What does this mean for democracy? Was the famously elitist Alexander Hamilton correct when he said that “the ancient democracies in which the people themselves deliberated never possessed one good feature of government. Their very character was tyranny; their figure deformity.”

Are the people too ignorant, too prejudiced, too irrational and too impulsive to be trusted in governing? Is Plato’s philosopher king preferable to a self-interested and ignorant majority? (I’d be lying if I said I didn’t flirt with this notion myself while reading Nietzsche and Plato in college).

The answer, in short, is no.

Let us look briefly at the history of democracy in America. Throughout it’s existence, the country grew increasingly democratic with the passage of time — and this didn’t happen in a vacuum. Political, economic and cultural circumstances made it so. America at the dawn of the 20th century would be unrecognizable to inhabitants at the dawn of the 19th  — owing to industrialization, the abolition of slavery, the westward expansion, the inflow of immigrants, etc.

Economic and political elites did not concede power to the people because it was the noble and moral thing to do, but because the people became increasingly organized and defiant (or, as Hamilton might have said, the rabble formed a mobocracy) — whether it be factory workers creating labor unions or women coming together and demanding suffrage. More democratic inclusivity in the West has, for the most part, always been followed by more progressive and liberal reform -- and this is hardly coincidental.

So what is going on today? Have the people gone mad? For technocratic elites, this is a consoling thought.

But of course, the revolt against neoliberalism isn’t just coming from the right. On the other side of the political aisle, progressive leaders like Sen. Bernie Sanders and Labour Party’s Jeremy Corbyn have argued the very opposite of what elites postulate — that there is not enough democracy.

One cannot investigate the rise of populism today without understanding the past forty years of neoliberalism (and for this, George Monbiot has a very good primer in The Guardian). America has largely regressed economically over the past several decades (in terms of economic mobility, inequality, and regulatory oversight) while democratic government has degenerated markedly. Since the financial crisis, the majority of Americans have seen their wages stagnate or decline and millions have lost their homes, while Wall Street banks were bailed out and the wealth of billionaires soared.

Simply put, modern America is more a plutocracy than a democracy. In a genuine democratic republic voters would have more than two viable candidates to choose from for the head of state (true, there are candidates from other parties running for president, but these are protest candidates and the undemocratic electoral system guarantees their failure). When voters are forced to support a lesser-evil candidate (or party) every single election, have seen their government and elected officials corrupted by special interests, and have felt their own economic circumstances decline, they may react in an irrational and self-destructive way. Desperation can make people do foolish things — and we are witnessing this right now.