"It is so painful": Black lawmakers use GOP grilling of FBI director to highlight police shootings 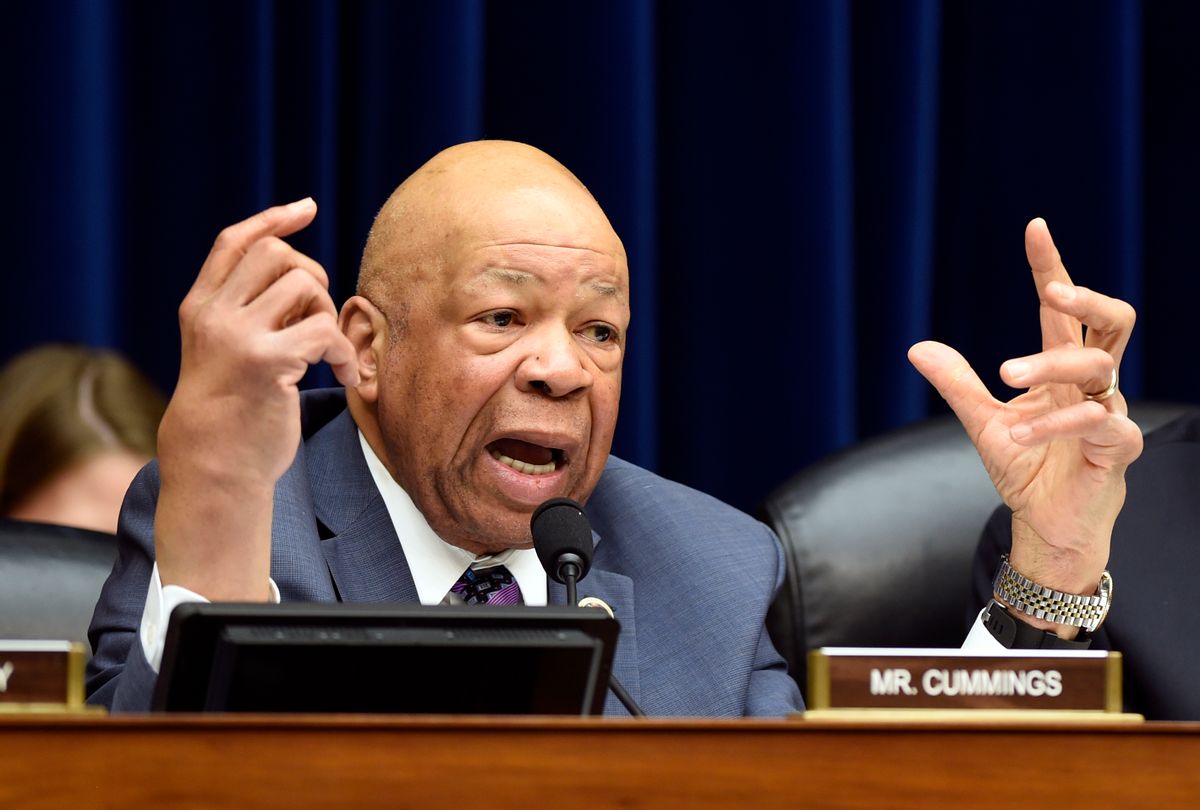 The Congressional Black Caucus is demanding to meet with Attorney General Loretta Lynch, FBI Director James Comey and the nation's top law enforcement groups over the fatal shootings of two black men by police officers this week. And some CBC member used their rare opportunity to question Comey live on at least three cable news stations to highlight the deaths of Alton Sterling and Philando

"[I]s it not important that we saved their names to remind people of the loss of a Tamir Rice to an Eric Garner to an Alton Sterling to a John Crawford to a Michael Brown to a Walter Scott and even a Sandra Bland," New Jersey Congresswoman Bonnie Watson Coleman asked Comey during the House Oversight Committee hearing on Thursday.

Committee Chairman Jason Chaffetz, a Utah Republican, called the FBI director to Capitol Hill to explain his recommendation not to criminally charge the former secretary of state Hillary Clinton for her use of a private email server only two days after Comey announced the findings of his investigation.

For some House Democrats, the audacity of House Republicans rushing to investigate the nation's top investigator while remaining mum on the rash of cop shootings of black men was too much to bare hours after the release of another graphic video.

"I am concerned about another issue that I think really is resonating with the people in this country and that issue has to do with experiences that we had just the last two day," Rep. Watson Coleman told Comey when she got her time at to question him.

"This morning we woke up to another graphic and deeply disturbing video that actually brought me to tears when my staff played it for me," Watson Coleman said, referring to the shooting of Philando Castile.

"Do you feel that you have the sufficient resources from the legal imperative to the funding to address these cases and what seems to be a disturbing pattern in our country today," she asked the FBI head.

Saying he was inspired by Watson Coleman's questioning, the ranking Democrat on the committee, Elijah Cummings, a member of the CBC, revealed to Comey that he woke up Thursday morning “to my wife literally crying” while watching a video of Baton Rouge black man Anton Sterling being shot by a police officer.

“I hope you watch them,” he told Comey. “There’s something wrong with this picture.”

“As an African American man in this country, 66 years old, moving toward the twilight of my life, we cannot allow black men to continue being slaughtered,” Cummings emotionally testified.

“Mr. Director, if you do nothing else in your 2,000-plus days left, you have to go help us get a hold of this issue,” Cummings said. “It is so painful. I can’t even begin to tell you.”

For their part, House Republicans spent the day dodging both the issue of police violence and guns.

After vowing to finally allow a floor vote on moderate background check legislation, House Speaker Paul Ryan suddenly cancelled the vote Thursday, telling reporters "we're not going to rush it. We're going to get it right."

"When you see these shootings, does it make you think that maybe that's a better discussion to be having right now than the politics of email?"