"Let it gooooooo": Trump roundly mocked after attacking "Frozen" to defend his Star of David tweet 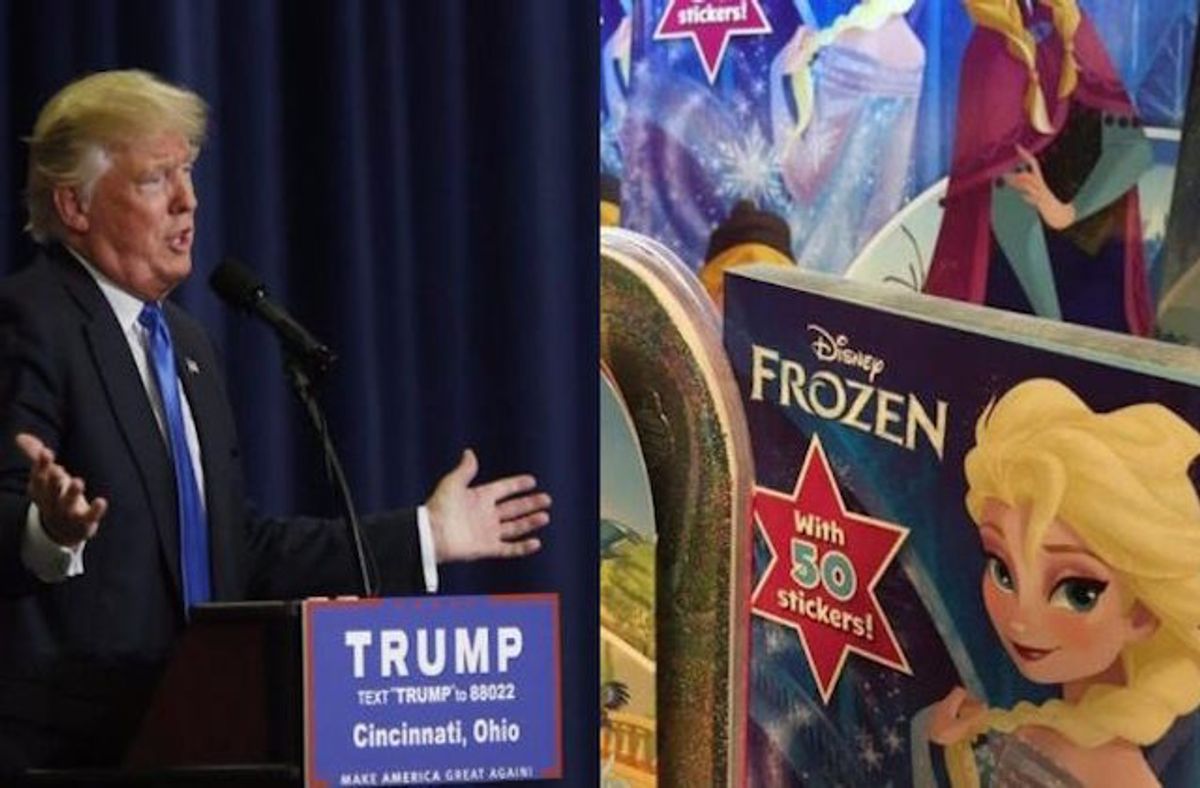 Days after he came under widespread criticism for an anti-Clinton tweet that featured a Star of David over a pile of cash, the fact that the notoriously thin-skinned candidate can't seem to let it go and move on was a quip too good for many on Twitter to pass up.

“Where is the outrage for this Disney book? Is this the ‘Star of David’ also?” Trump tweeted on Wednesday night alongside a photo of two children’s books about Disney’s popular “Frozen” movie. The books’ covers each feature a red, six-pointed star. “With 50 stickers!” the text within the stars declares. “Dishonest media!” he added, using the hashtag #Frozen.

Aside from the blank stare emojis, one of the most common retorts to Trump's comparison was a reference to the Disney film's theme song:

"Do you want to build a strawman?" she tweeted, a reference to a song from the movie.