What was Bill Clinton up to with his visit to Loretta Lynch? Three theories to explain his audacious gambit

The FBI investigation into Hillary is over, but the questions over Bill's visit to Loretta Lynch's plane remain 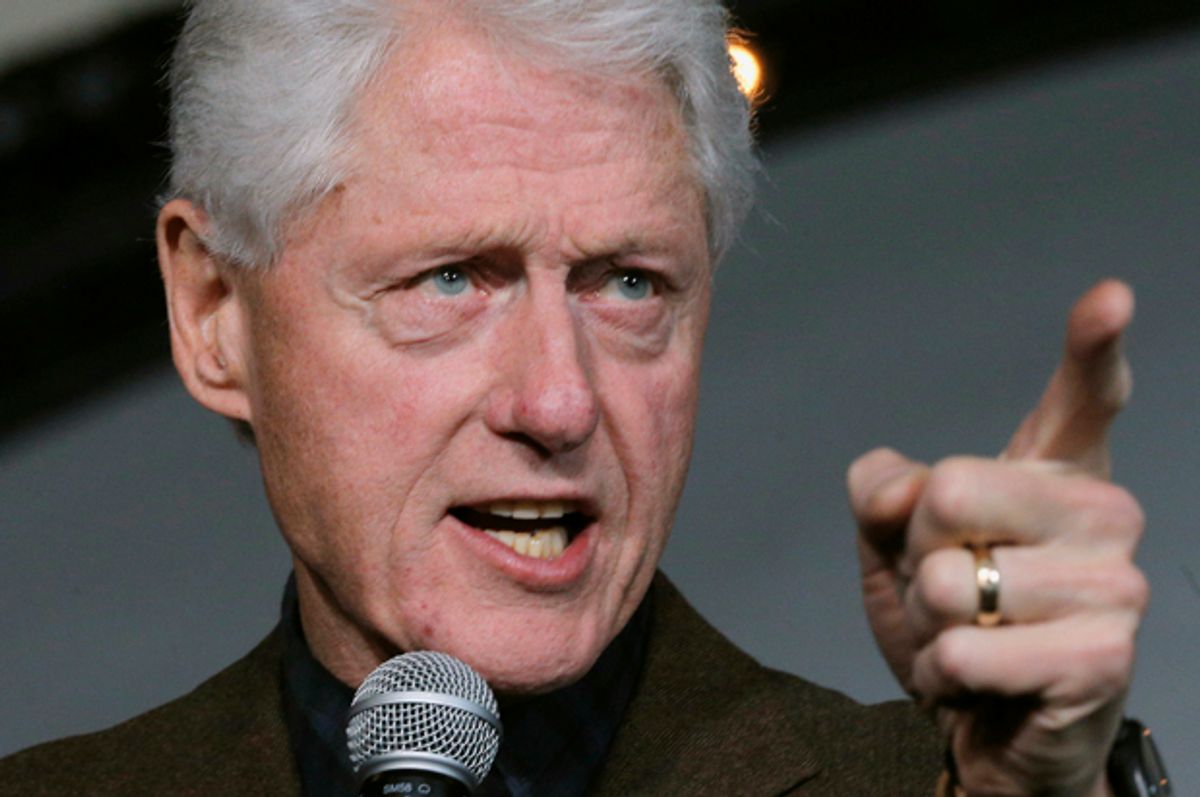 Now that the FBI has announced that it will not recommend bringing criminal charges against Hillary Clinton for her handling of State Department emails, the mystery of Bill Clinton’s behavior on the campaign trail has only deepened.

Clinton is both a very smart and a very politically savvy man.  It follows that one theory regarding why he chose to board Attorney General Loretta Lynch’s plane last week to hold a private meeting with her is completely implausible.  That would be the idea that he was merely being thoughtless and naïve, and didn’t realize how terrible the meeting would look, given that it’s Lynch’s job to make the ultimate decision regarding whether to charge his wife over the email imbroglio.

Clinton knew exactly what he was doing, and he was well aware that his behavior would set off a firestorm of criticism.  So why did he do it?  Here are three possible explanations:

On this account, Bill Clinton was trying to bring subtle psychological pressure on Lynch, apparently through the sheer force of his personality.  What’s attractive about this theory is that it’s the simplest and most straightforward explanation for his behavior.  What’s problematic about it is that it would be a really stupid thing to try to do, and again, Bill Clinton is a lot of things, but he’s always been a long ways from stupid:

If Bill Clinton was trying even subtly to influence the investigation, his attempt has backfired spectacularly. The disclosure of the meeting has raised questions about the integrity of the investigation. Lynch’s promise to accept without modification the recommendations of the F.B.I. has removed a potentially sympathetic voice from the process. And the enormous publicity over the event will increase the pressure on investigators not to show any leniency in the case. Whatever Bill Clinton thought he was doing, he has cast a pall over what should have been his wife’s most triumphant moment in politics.

Ultimately, this theory doesn’t hold water precisely because the political world’s reaction to the meeting was so predictable.  Clinton knew perfectly well that getting onto Lynch’s plane would set off a furor, and would certainly not help get his wife off the legal hook, but he did it anyway.  Why?

Bill and Hillary Clinton like winning elections, but they clearly also like something else just as much if not more: yanking the chains of their many political enemies.  On this account, Bill’s decision to have a friendly off the cuff chat with the woman who will soon have to decide whether or not to indict his wife was just a classic “fuck you” to the legions of people who are almost literally driven crazy by the mere thought of the Clintons being back in the White House.

On this account, the fact that Bill’s behavior in this situation was so grotesquely improper – something that, as a former Attorney General himself, he realized perfectly well at the time – was the whole point.  It was Bill’s way of metaphorically flipping off, among others, the Republican party, which is stuck with such a ludicrous presumptive candidate in Donald Trump that it pretty much doesn’t matter what Bill or Hillary do between now and November: they’re still going to win.

Theory #3: Scenes from a marriage

Bill may well have been indulging his taste for impish misbehavior and right wing trolling, but in the end this little stunt hurt his wife politically. After all, she’s not the POTUS yet, even though the GOP presidential campaign seems to be in full self-destruct mode.

Which brings us to a darker possibility. It would be fair to say that Bill and Hillary Clinton remain in what seems to be a complicated relationship, even by the standards of forty-year political marriages.  It would also be fair to speculate that there is a part of Bill’s psyche that is not thrilled with the idea of Hillary ascending to his old job, which, if not for that pesky 22nd amendment, he probably thinks he could still be doing.

That Bill may well be somewhat ambivalent about his wife becoming president would help explain a lot of his less than helpful behavior on the campaign trail over the past few months.  This latest incident may just be the most spectacular example of that ambivalence working itself out.

To paraphrase Bette Davis: fasten your seatbelts, it’s going to be a bumpy ride.