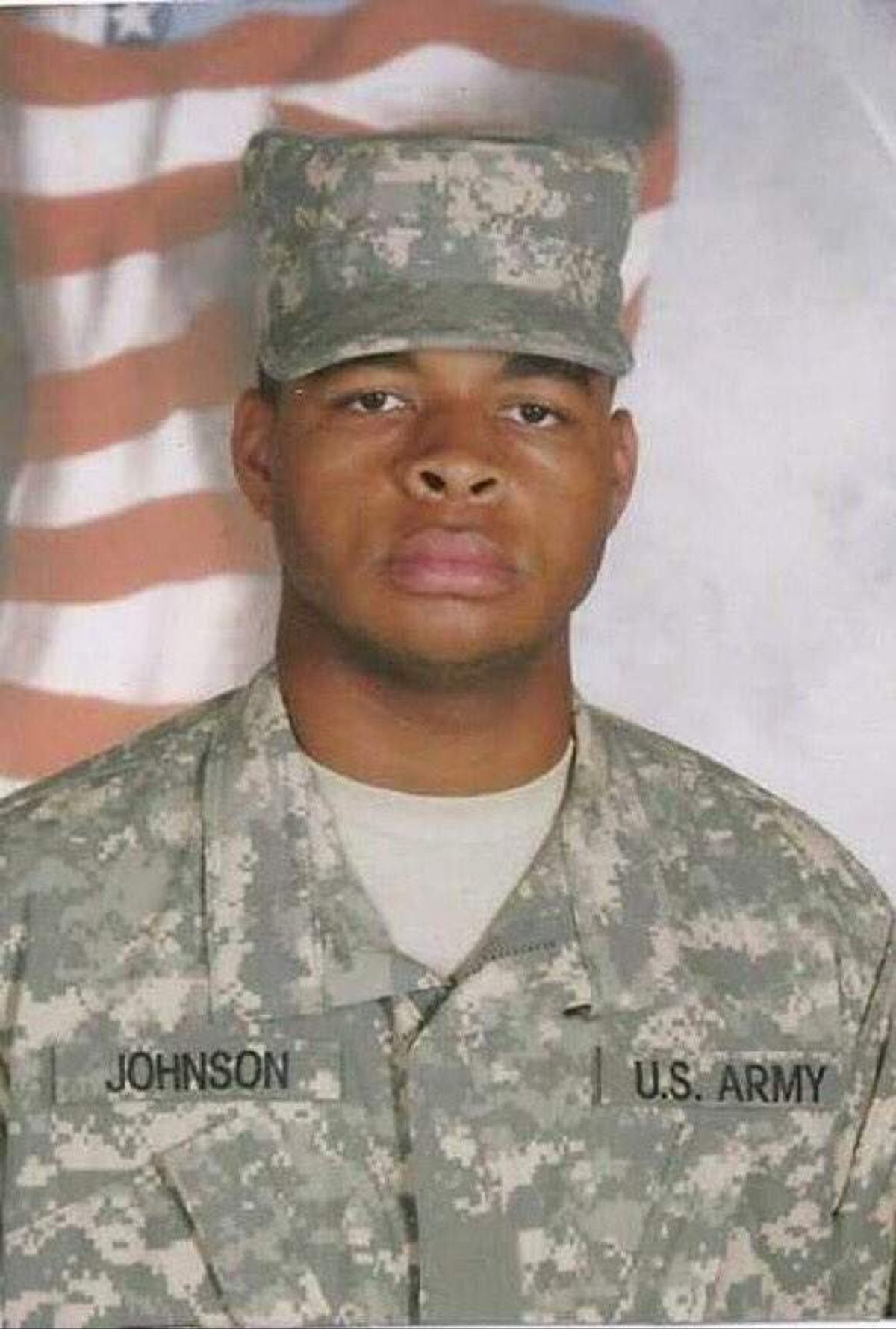 At a Friday morning press conference, Dallas Police Chief David Brown confirmed that one gunman who ambushed police in an hours long standoff had been killed by a police "bomb robot."

Multiple outlets are now reporting that the suspect was 25-year-old Micah Xavier Johnson, of Mesquite, Texas, just east of Dallas. According to the Los Angeles Times, Johnson had no known criminal history or ties to terror groups.

Five police officers were killed and seven were wounded, officials said. Two civilians were also wounded in the shootings.

According to reports and his Facebook page, Johnson was a former Army reservist. A U.S. defense official told The Daily Beast that Johnson served as a corporal in the Army Reserve as part of the 284th Engineering Company out of Santa Fe, New Mexico. He previously deployed to Afghanistan. According to NBC News, Johnson served from March of 2009 until April of 2015.

The local NBC News affiliate reports that a black SUV found at the scene of the shootings was listed as registered to Delphene Johnson, also of Mesquite, and there are reports that the shooter lived with his mother. Neighbors called the deceased gunman a "recluse" who "keeps to himself," according to CNN.

Law enforcement officials told the Los Angeles Times that authorities were investigating Johnson's ties to an informal gun club and a so-called Black Power Political Organization that has claimed responsibility for the attack.

On Facebook, Johnson featured the Pan-African flag as his cover photo and recently posted an image of a “Black Power” poster, one of the few images on his page:

"We can't get into the head of a person that would do something like this. We negotiated with this person that seemed lucid during the negotiation. He wanted to kill officers, and he expressed killing white people, he expressed killing white officers, he expressed anger for Black Lives Matter. None of that makes sense," Brown said. "None of that is a reason, a legitimate reason, to do harm to anyone. So the rest of it would just be speculating on what his motivations were. We just know what he said."

No word on additional suspects.