"Do you have a boyfriend?" he asked a single female, "Well, what do you think about me?" 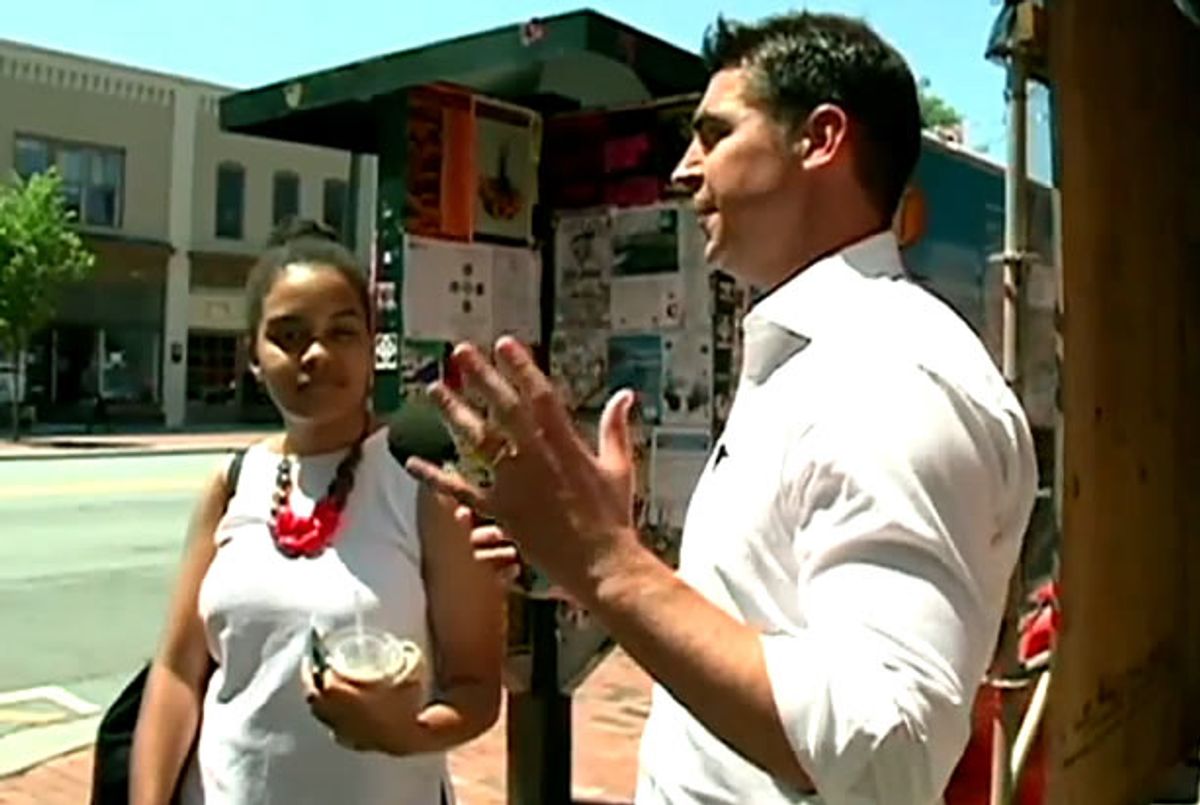 On "The O'Reilly Factor" Thursday evening, host Bill O'Reilly sent his lapdog Jesse Watters to "investigate" the recommendations made by a University of North Carolina committee designed to reduce hostility on campus by making students aware of microaggressions.

Given that Watters is, himself, a collection of microaggressions in a popped collar polo and a pair of Dockers, O'Reilly's decision was manifestly a poor one -- a point Watters almost immediately proved when he began to hit on the college-aged students he was meant to interview.

He asked one student if she was single -- presumably as part of a sequence of questions about the policy's recommendation to ask about people's "spouses" instead of assuming cis gender norms -- and she replied that she was. "Well, what do you think about me?" he asked.

The student did get the better of him, however, saying that while he was "attractive as a human being," he was "too old."

Watters later invaded the office of Sharbari Dey, the Assistant Director of Education and Special Initiatives, hoping to ask her about the microaggression guidelines, but Dey requested him to leave. "Was I being too aggressive?" he asked.

Instead of leaving, he continued to pepper her with questions about the guidelines. "Some of these things seems a little ridiculous," he said, "we just wanted to find out what was going on."

"I really have nothing to say to you," Dey replied, "but thank you for coming in."

Watters responded by asking her one of the questions highlighted in the guidelines as offensive, because he is, after all, Jesse Watters.