"Brain on horror": How Diamond Reynolds stayed calm in the moments after her boyfriend's murder 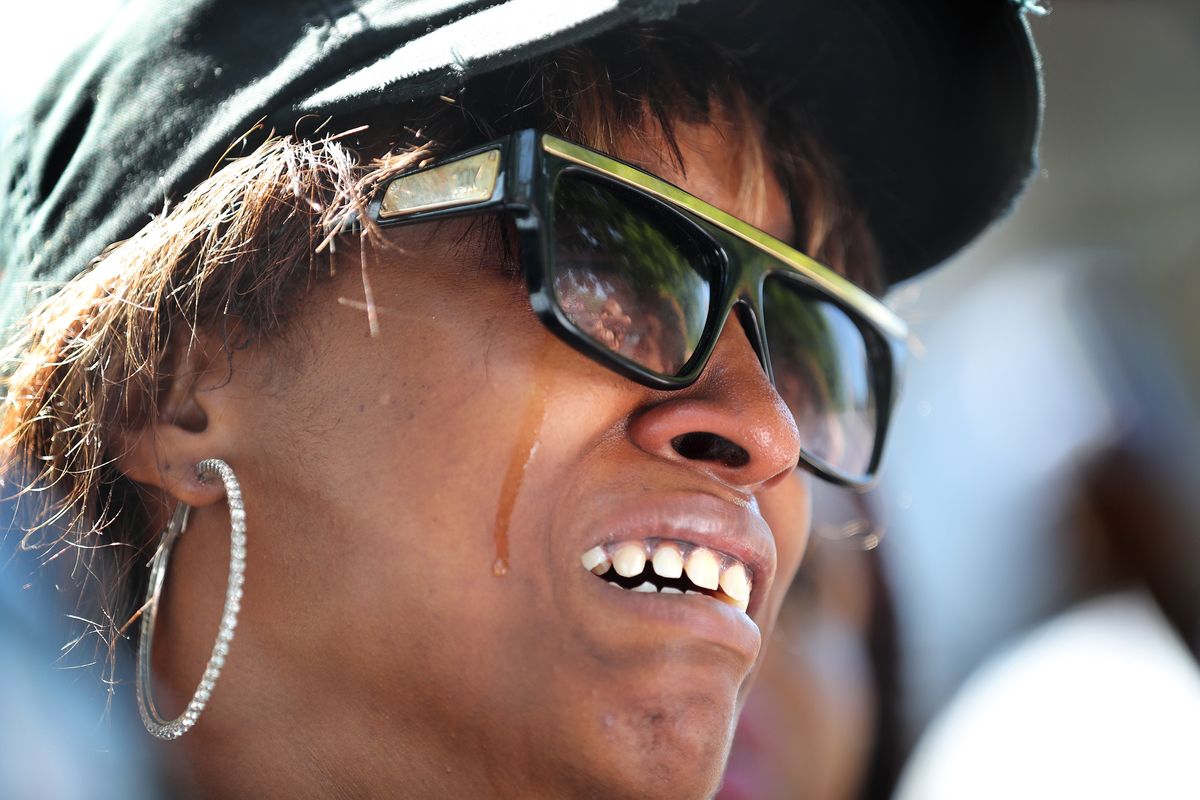 Diamond Reynolds, the girlfriend of Philando Castile, weeps during a press conference at the Governor'sResidence in St. Paul, Minn., Thursday, July 7, 2016. Philando Castile was shot in a car Wednesday night by police in the St. Paul suburb of Falcon Heights. Police have said the incident began when an officer initiated a traffic stop in suburban Falcon Heights but have not further explained what led to the shooting. (Leila Navidi/Star Tribune via AP)
--

Millions watched the video Diamond Reynolds livestreamed of her boyfriend, Philando Castile, bleeding in the driver's seat of his car after being shot by a police officer. One of the most stunning features of the 10-minute video is just how composed she stays throughout the filming, even as the police officer kept his gun pointed toward the car that contained herself and her four-year-old daughter.

“Ma’am, keep your hands where they are,” one officer says to Reynolds.

“I will sir, no worries, I will,” Reynolds responds, before calmly explaining to the Facebook livestream viewers that the cop “just shot his arm off.” It’s not until several minutes later, sitting in the back of a police car, that Reynolds finally breaks down.

“I can’t believe they just did this I’m—," Reynolds says before letting out a scream.

“It’s okay, I’m right here with you,” her daughter, sitting calmly beside her in the cop car, replies.

Speaking to reporters Thursday, Reynolds said her daughter gave her the strength to remain calm, even as the same police officer who shot her boyfriend frantically cursed while his gun was pointed at the victim’s bleeding body.

“People are literally not feeling in their body what’s going on,” Harvard Medical School psychology professor Jim Hopper said. “That circuitry can basically shut down."

Monnica Williams, director of the Center for Mental Health Disparities at the University of Louisville and an expert on the brain, said Reynolds' reaction could also have been informed by a fear of police.

"This becomes something that you might even expect," Williams said. "All you have to do is turn on the television and see another black man has been shot."

“Being able to stay calm in a crisis — you preserve your life and protect your loved ones,” Williams added.

Reynolds’ dedication to recording the aftermath and broadcasting it to the world may have also kept her calm by allowing her to focus on something other than the immediate crisis at hand, Hopper said.

“She’s grasping for dear life to these phrases, to this phone," Hopper said. "You can think of it as a life raft to try to get through this.”

Reynolds herself alluded to Hopper’s point. Speaking to reporters, she said her motivation behind filming the aftermath of the shooting was that she "wanted it to go viral so the people could see.”

"I wanted the people to determine who was right and who was wrong,” she said. "They took my lifeline. That was my best friend."