The right wing's projection and obsession: Their hunger to pervert Black Lives Matter rises after Dallas 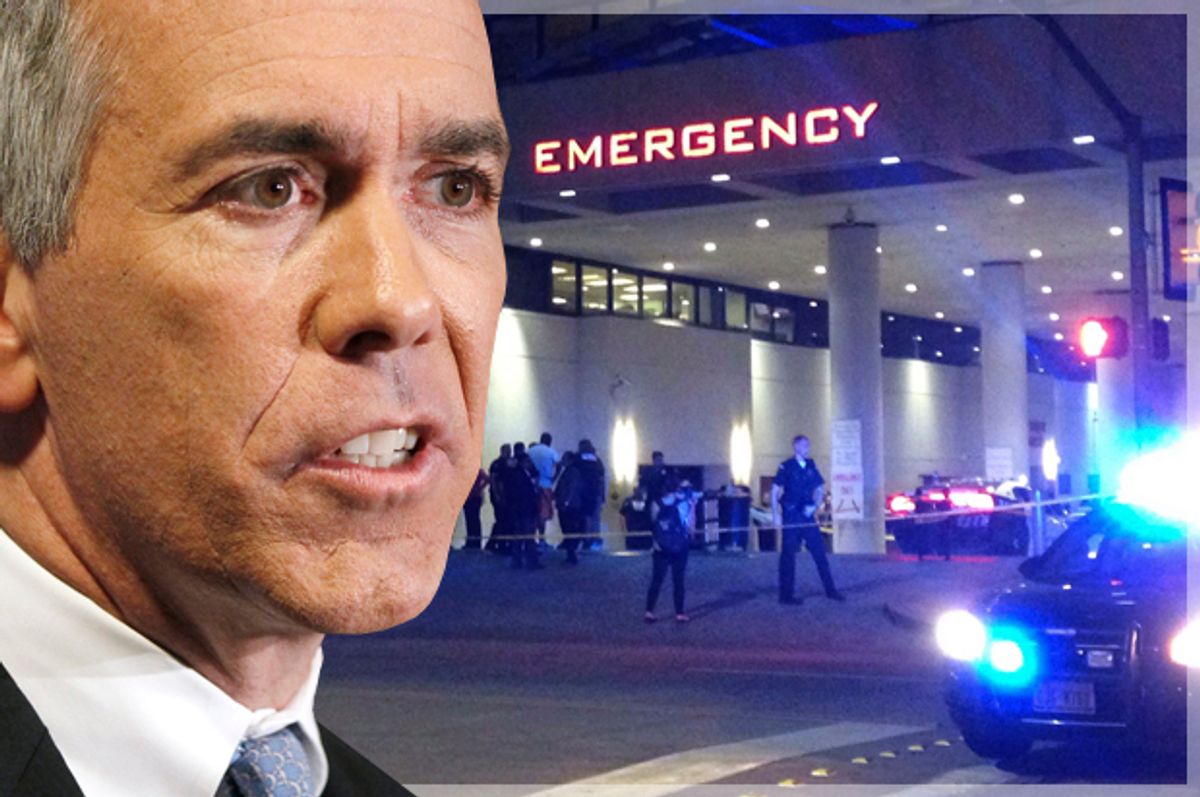 On Thursday, there were peaceful marches and vigils across the United States to protest the video-recorded killings of Alton Sterling and Philando Castile, as well as the broader pattern of unwarranted violence and abuse by the country’s police officers against African-Americans and other people of color.

Unfortunately, one such march in Dallas descended into chaos and death when a sniper launched a coordinated attack on the police officers working the event. Five police officers were subsequently killed and seven wounded. Two members of the public, including Shetamia Taylor, who was hit while shielding her four children from the fusillade of bullets, were also wounded.

One of the suspected snipers, Micah Xavier Johnson, apparently told police that his motivations for committing this act of domestic terrorism were “to kill white people…especially cops." Johnson would later be killed by a Dallas police department SWAT team.

The right-wing media, as well as other conservative opinion leaders, immediately pounced on the tragic events in Dallas. The images of police being fired upon by snipers, black and brown protesters, and a deep hostility to the Black Lives Matter movement are an intoxicating political cocktail that racially resentful, bigoted and authoritarian conservatives seem unable to resist.

"This is now war. Watch out Obama. Watch out black lives matter punks. Real America is coming after you,"

After deleting this message, Walsh continued with:

"I wasn't calling for violence, against Obama or anyone. Obama's words & BLM's deeds have gotten cops killed. Time for us to defend our cops."

The semiotics of Walsh’s missives is not complicated. The “us” and the “our” are thinly veiled references to white, right-wing Christians. The suggestion that America’s heavily armed and militarized police, a group rarely held accountable for their misdeeds, need “defending” begs the question, “from whom?”

Walsh’s efforts to link President Barack Obama and the Black Lives Matter movement to the violent actions of Micah Xavier Johnson and his confederates is delusional, unfounded, and a product of the right-wing conspiracy-paranoid imagination.

In all, these are none too subtle efforts to inspire fear and terror about a fictional “race war” by black people against White America and the excreta of white supremacist novels such as the infamous Turner Diaries repackaged as faux “journalism” and “analysis” by the right-wing chattering classes.

These responses by the right-wing media to the tragic events in Dallas are also acts of projection and obsession.

The obsession can be seen in how from (at least) the 1960s onward to the present moment of Donald Trump, movement conservatives have used the language of “black crime” and images of “urban riots” to scare the white “silent majority” in order to win elections.

Bill O’Reilly and other commentators at Fox News and elsewhere are obsessed with depicting the Black Lives Matter movement as “violent terrorists” who “hate the police,” are “anti-white,” and are also “un-American.”

They are also obsessed with the so-called “Ferguson Effect."

These obsessions are based on lies and falsehoods.

Black Lives Matter is a multiracial and peaceful civil rights movement and network of activists and social change workers. It does not use or endorse violence.

There is no reliable, systematic evidence to support the existence of the “Ferguson Effect”; There is no “war” on America’s police.

Racial violence and terrorism in the United States has almost exclusively been waged by white people as a group against people of color. This pattern is part of the foundational character and history of a country that was born into existence by the genocide of First Nations peoples and the enslavement of blacks.

The Ku Klux Klan was and likely remains the largest terrorist group in American history. From the end of the Civil War through to Reconstruction and the 25 years that followed, it is estimated that the Ku Klux Klan and other white terrorists killed 50,000 black Americans across the South.

After World War I, white Americans participated in racial pogroms and other acts of mass violence against black Americans in cities such as Chicago, Tulsa, East Saint Louis, Washington, D.C., and Rosewood, Florida. This violence does not include the hundreds of black communities and neighborhoods that were subjected to white ethnic cleansing across the United States during the 19th and 20th centuries.

Almost 100 years later, blacks and other people of color remain much more likely to be the victims of racially motivated hate crimes than are whites.

To move forward after the Dallas shootings and the video-recorded killings of Alton Sterling and Philando Castile requires that the American people reject the lies and obsessions that are being spun out of whole cloth by a right-wing media that is more interested in ginning up racial animosity and violence for profits and attention than it is in acting responsibly.

White conservatives are quite fond of the slogan “All Lives Matter." This slogan is fundamentally dishonest because it dismisses the unique perils and existential threats that black and brown people experience in the United States. But perhaps, “All Lives Matter” could be salvaged in service to the common good.

In the aftermath of the Dallas sniper attacks, and the police killings this week of Alton Sterling and Philando Castile, “All Lives Matter” could be used to remind the general public that the lives of America’s police officers and its citizens should have equal weight and value. Anything less is unjust, anti-democratic, and will only further an immoral state of affairs where too many of America’s police treat people of color and members of other marginalized groups as second-class citizens in their own country.