There will be another Trump: His views alienate some, but the ideas behind them represent every American's worst fears 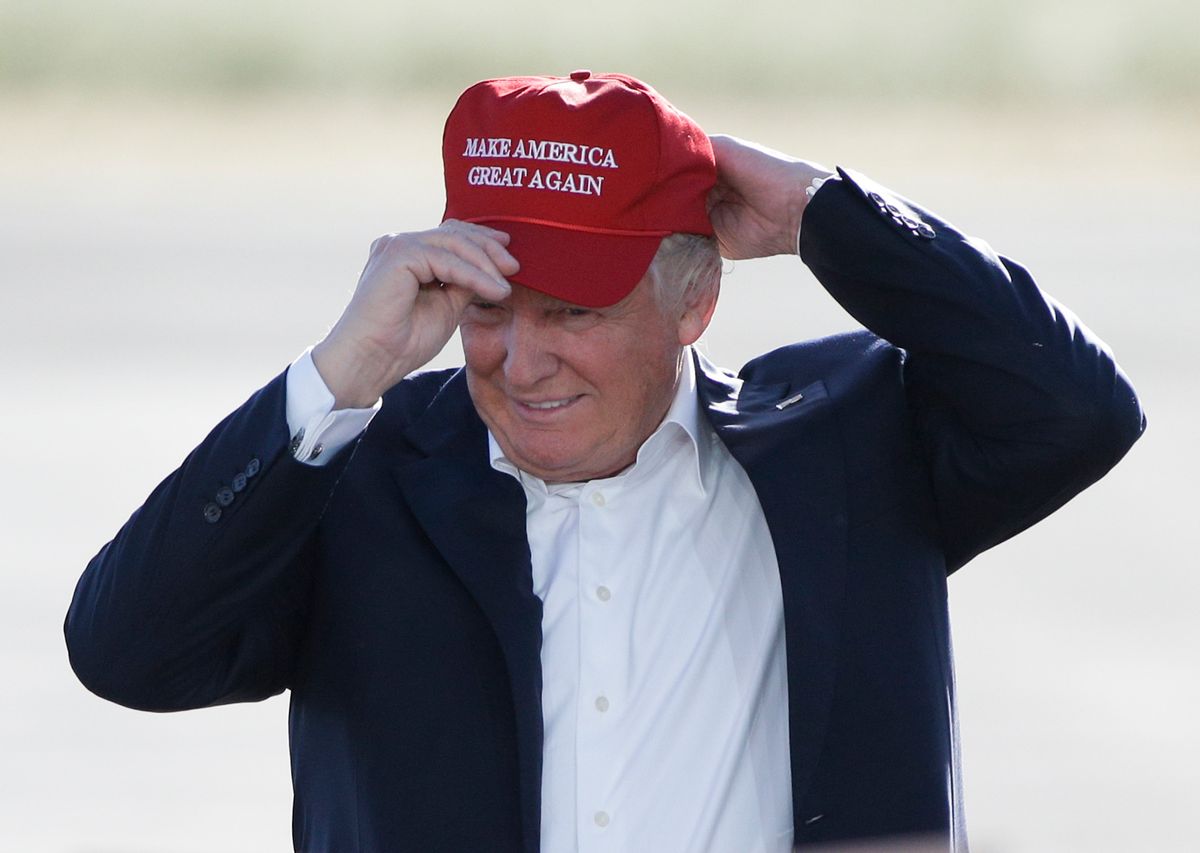 June was not kind to Donald Trump. After a brief bump in the polls when he secured the status of presumptive nominee, The Donald’s numbers began their march to the basement. He now finds himself in a deeply unenviable position. An increasing number of pundits (and, judging by the numbers of them avoiding the upcoming party convention in Cleveland, politicians) are suggesting Trump’s candidacy could be a disaster on par with Republican Barry Goldwater’s landslide defeat in 1964 or Democrat George McGovern’s in 1972.

Writing off Trump might be presumptuous at this point, especially since the media and other experts missed almost every salient facet of Trump’s seemingly improbable rise. Yet even if his campaign encounters electoral bankruptcy in November, the specter of another Trumpian figure emerging in the future remains highly probable.

Consider the numbers: Between 1928 and 1979, the top 1 percent’s economic share declined in every single state, and between 1979 and 2007, the share of income going to the top earners increased in every state. In 19 states the top 1 percent of earners took in at least half of the total growth in income. The consequences of the 2007-08 financial crisis further exacerbated the situation: Between 2007 and 2010, median family income declined by almost 8 percent in real terms. Median net worth fell by almost 40 percent.

Yet with the stock market rebounding nicely (at least, until the Brexit) and unemployment seemingly on the decline, politicos saw nothing to disrupt a predictable genteel war between the Clinton and Bush dynasties — instead, the face behind "The Apprentice," a businessman seemingly straight out of the Gordon Gekko era of the 1980s, emerged to trounce one of the largest fields of candidates in recent GOP history. He’s now the second-most likely person to become our next president. And while (not undeservedly) a large measure of reporting fixates on Trump’s wild remarks and nativist proposals, the economic dynamics that led to Trump’s candidacy are under-appreciated.

As Trump expertly demolished the GOP field, a coterie of the conservative establishment rushed to denigrate not just The Donald’s quixotic quest, but also his base (Kevin Williamson of National Review singled out) — a large chunk of the white electorate.

“The white middle class may like the idea of Trump as a giant pulsing humanoid middle finger held up in the face of the Cathedral, they may sing hymns to Trump the destroyer and whisper darkly about ‘globalists’ and — odious, stupid term — ‘the Establishment,’ but nobody did this to them,” Williamson wrote. “They failed themselves.”

Did they? Or did the people for whom they voted fail them? Starting with Ronald Reagan and continuing through the administrations of Bill Clinton and Barack Obama, recent presidents of both political parties arguably have championed America’s globalizing business interests over those of its workers.

While the recovery passes up wide swaths of America, the professional class of the Democratic Party looks to the stock market and to the select parts of the country where life is good and incomes are on the rise. For evidence, we need only to look to President Obama’s reassuring (albeit also self-serving) remark in his final State of the Union address: “Let me start with the economy, and a basic fact: The United States of America, right now, has the strongest, most durable economy in the world … anyone claiming that America’s economy is in decline is peddling fiction.”

The fact is that for Trump’s voters — and perhaps voters who have yet to decide how they will cast their ballots — that worldview is not fiction at all.

While the American economy is indeed a relative bastion of stability compared with much of the world, a large portion of the population is experiencing a marked reversal of fortune. This is true both in the United States where labor, a traditional part of the Democratic base, is on the decline, and also throughout Europe, especially in places such as the Rust Belt towns of Great Britain that voted for “Brexit.” As economist Branko Milanovic points out, “For simplicity, these people may be called ‘the lower middle class of the rich world.’ And they are certainly not the winners of globalization.”

Thomas Frank’s poignant analysis captures the class divide for the Democrats: “Inequality is the reason that some people find such incredible significance in the ceiling height of an entrance foyer, or the hop content of a beer, while other people will never believe in anything again.”

That kind of despondency has fueled Trump’s apocalyptic populism. And despite his many repugnant policy positions, he’s hit the pulse of a large portion of America that is aware, quite correctly, that the middle class is fading — the real growing middle classes are in Asia today. When Trump says he’ll turn the GOP into a “worker’s party” and that NAFTA will be ended or renegotiated, economically left-behind workers in many states listen.

Trump’s voters can be found in regions of the country almost entirely bypassed by the post-Great Recession recovery. This covers a lot of territory: Between 2010 and 2014, almost 60 percent of counties witnessed more businesses closing than opening. That contrasts sharply with the period following the recession of 1990-91, when only 17 percent of counties continued to see declines in business establishments. In the aftermath of the Great Recession, a mere 20 counties produced half of the growth in new businesses.

The real danger is that the Democrats will win a runaway victory in November and fail to heed any of the lessons behind Trump’s rise. With Clinton’s campaign actively wooing disaffected Republicans, chances are considerable that the populist strands of both Trump and Bernie Sanders’s campaigns will receive little lip service. “If Hillary Clinton goes for the Republican support,” remarked longtime journalist Robert Scheer, “she will not be better. And then four years from now what Trump represents will be stronger.” Paul Ryan’s doubling down on austerity politics — the same ones thoroughly rejected by Republican voters in the primaries — will add fuel to the fire.

With the recent decision by Great Britain to leave the European Union, it seems that reactionary populism in the West has won a major victory — it should perhaps come as no surprise. A recent study by the Center for Economic Policy Research found that far-right parties gain the most politically in the wake of major financial crises. While the research focuses on Europe, it’s clear that the mix of populism and nativism brewing there is echoed by Trump here. And even if he loses in November, without a major change from both parties, someone else will tap into the vein of anger and discontentment that he’s so expertly mined.