Joe Walsh made a despicable threat toward Obama, while Bill O'Reilly railed against BLM 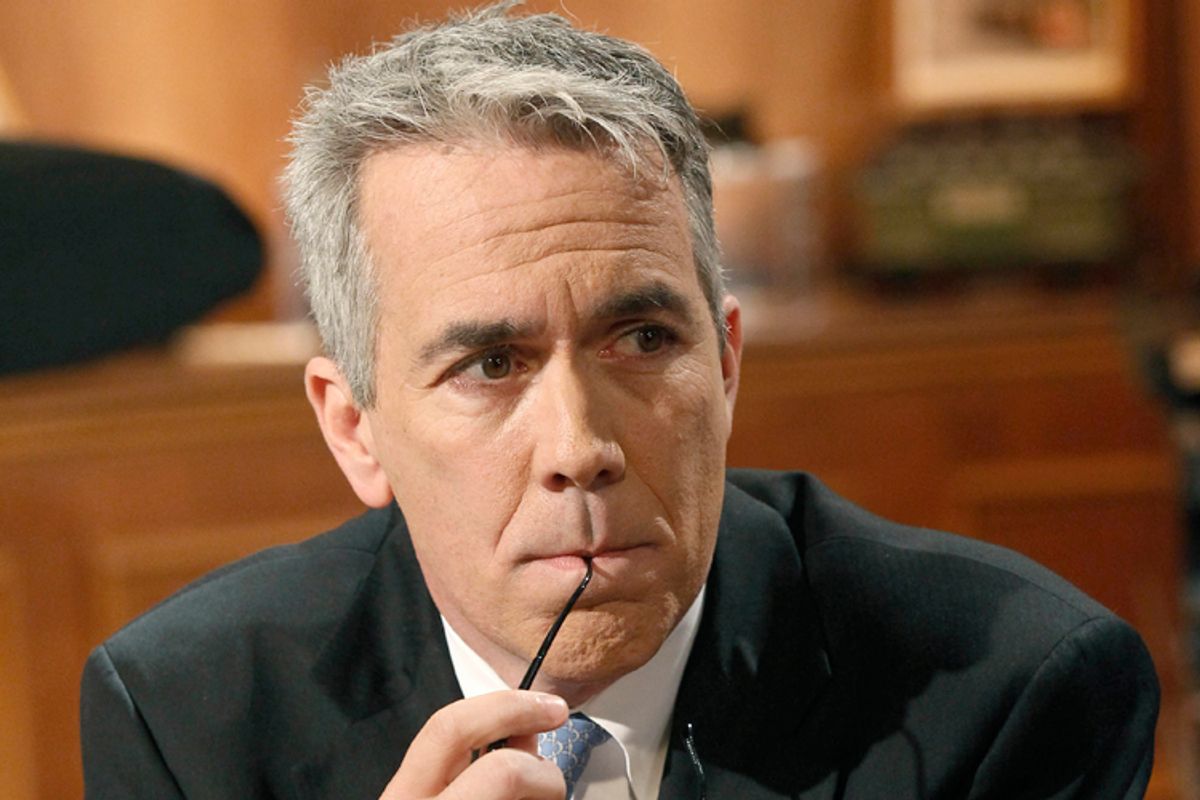 This truly sad and horrifying week produced two types of reactions. There was President Obama calming a frightened nation, expressing sorrow over all the lives lost. There was Hillary Clinton speaking of respect, love and kindness, and calling on, “white people to understand how African Americans feel every day.” There was one of the organizers of the peaceful protest in Dallas saying, yes, blue lives matter and we grieve for their loss.

Then there was a slew of divisive, hate-filled rhetoric emerging from, you guessed it, the lovely rightward flank of our hurting nation.

Like the rest of the Fox News organization, Bill O’Reilly insists that everyone must hate and fear Black Lives Matter immediately. He and other Fox Newsians spent a good deal of their post-Dallas airtime this week whipping up as much hysteria and anger as possible against a group that has a name and a message no sane person can argue with. But sane people do not sit at Fox roundtables, as an episode of “Outnumbered" clearly shows. Meanwhile, colleagues Megyn Kelly and racist ex-cop Mark Fuhrman took it upon themselves to lecture black people to stop exaggerating about problems with police. You got that, Philando Castile, Eric Garner and Alton Sterling?

But O’Reilly is just so sick and tired of black people not listening to him when he tells them what is good for them. Speaking to his guest, NAACP director Hilary Shelton on Friday, O’Reilly said, “So, you know what I think? I think that if you really want, if African Americans really want to bring the country together and have good racial relations, they have to distance themselves from Black Lives Matter. Am I wrong?”

Yeah, you’re wrong, Shelton said, explaining that the Black Lives Matter marches are occurring for a very good reason. And lots of people understand that.

Shelton carried on saying reasonable things that are in the spirit of bringing people together, among other things pointing out that people of all races join Black Lives Matter marches and believe in the movement and in justice for all Americans.

All on deaf ears. O’Reilly was just too busy breaking the douchebag-o-meter.

It took about a nanosecond for the right wing to coalesce around the view that the violence in Dallas was the fault of peaceful Black Lives Matters protesters and activists. (Unless they were blaming Hillary Clinton or Barack Obama.) Texas Republican Lieutenant Governor Dan Patrick jumped aboard the anti-BLM bandwagon lickety-split, adding his own rhetorical flourish.

“What hypocrites," he told Fox News. "All those protesters last night, they ran the other way, expecting the men and women in blue to turn around and protect them.”

Continuing his extremely subtle understanding of the nature of the Black Lives Matter movement, "I understand the First Amendment. I understand freedom of speech, and I defend it. It is in our constitution and is in our soul, but you can't go out on social media and mainstream media and everywhere else and say that the police are racist or police are hateful or the police are killers."

Well, technically, you can. That is precisely what the First Amendment means.

Other people Patrick blames for the shootings include Jesse Jackson. The concern about police violence has to stop, he argued, because he as a white man, who has never had to deal with police profiling, is “sick and tired” of it.

Former Tea Party congressman, current far-right radio host Joe Walsh expressed his deep and abiding love for law and order as events were unfolding in Dallas...by tweeting a threat. His exact words (at about midnight the night of the shooting): “This is now war. Watch out Obama. Watch out black lives matter punks. Real America is coming after you.” (Real America is the name of his radio show, for the lucky uninitiated.)

The next day, he claimed not to be calling for any violence. Odd, the phrase “coming after you” must carry a different meaning in his addled right-wing brain than it does to other sentient beings.

So, he's just spreading the love all around.

4. Donald Trump tried to seduce but reminded us of his horribleness.

Someone clearly helped Trump with his post-Dallas statement. Uncharacteristically, it contained no crowing about how he had predicted such events would happen. Unlike in the past, he did not say that rhetoric against police brutality had caused the shootings. Nor did he blame the deaths of five police officers on Barack Obama or Hillary Clinton.

He even called the deaths of Alton Sterling in Baton Rouge and Philando Castile in Minnesota “senseless,” horrifying some of his right-wing constituents.

Was he feeling all right?

We trust that the Donald will be back to his old self soon. He showed some of his usual flair when he cynically asked for a photo op with the NYPD in the wake of the tragedy and was roundly rebuffed. And lest we forget, he began his week by praising Saddam Hussein for being so very adept at killing terrorists. “He did that so good,” Donald kvelled. “They didn't read them the rights. They didn't talk.”

Truly, his kind of guy.

After Hillary Clinton was exonerated by the FBI  and the Justice Department for her use of a private email server, every Republican in the land immediately set about trying to find a way to keep the scandal alive in perpetuity. One thing we can promise you is that it will never ever die.

Eric Fehrnstrom, Mitt Romney’s 2012 communications director, best known for his inane and cynical theory that everything Romney had said during the primary season could be erased like an Etch-a-Sketch during the general election, swung his nimble tongue into action this week to comment on the matter.

In an op-ed penned for the Boston Globe, Fehrnstrom began: "Hillary Clinton is the new O.J. Simpson. She may have gotten off, but everyone knows what she did was wrong."

Oddly, he proceeds not to justify that attention-grabbing hyperbole, or in any way explain how using a private e-mail server is at all comparable to being accused of a horrific double murder. In fact, he never mentions it again.

His work is done. No doubt the attack ad is already underway.