Rep. Dana Rohrabacher responds to Salon article about his dealings with the Taliban

"What pains me ... is to see one who covers national politics bearing false witness so egregiously," the rep writes 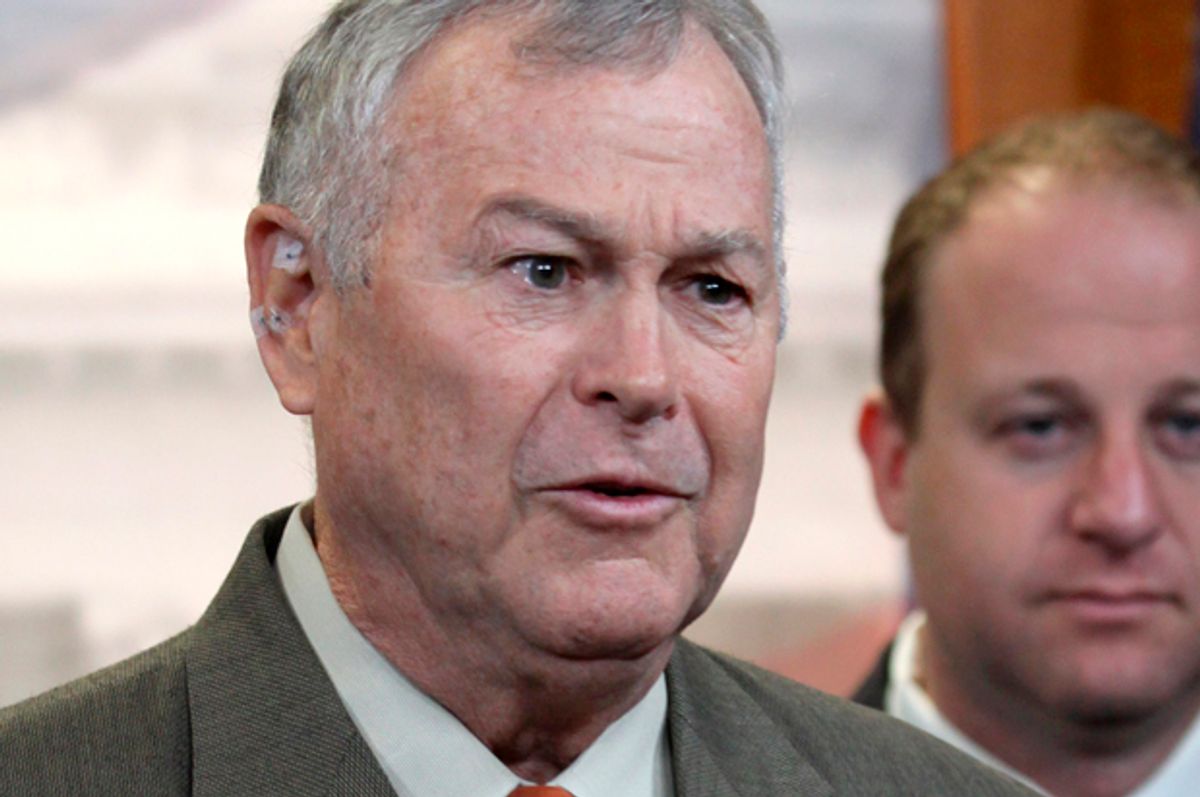 Published below, in full, is a letter from Rep. Dana Rohrabacher (R-California) in response to Heather Digby Parton's July 6, 2016 Salon article "Dana and Donald: The California rep would be a match made in twisted-politics heaven for Trump":

To the editors of Salon:

Re Heather Digby Parton’s fantasy (“Dana and Donald: The California rep would be a match made in twisted-politics heaven for Trump,” Salon, June 6):

I am happy to be the subject of an occasional exercise in journalistic whimsy, still happier to be described as an “individualist,” which, if Ms. Parton would think about it, makes it highly unlikely I would ever find myself in such lockstep as to be a vice presidential running mate for our presumptive nominee.

What pains me as a former journalist is to see one who covers national politics bearing false witness so egregiously. In this case, doing no original research, she simply repeated a scandalously misreported and politically tendentious story from a disreputable throwaway known to have fabricated stories about me and my family.

Did she never learn the need to tell the whole truth?
As an example of her sloppiness – and this should have been a tip-off to Salon’s editors – she linked to a 2002 specimen of journalistic malpractice that appeared in said publication, The O.C. Weekly. But her link itself said it appeared in a more reputable newspaper, “the Orange County register” (lower case hers), my own onetime employer.

A small matter next to the Big Canard, namely that because of a pre-9/11 meeting with the Taliban’s foreign minister I had somehow misread the Islamic fundamentalists’ terrorist intentions, perhaps even felt an “affection” for them. In Ms. Parton’s uncomplicated worldview, out-of-step congressmen apparently are given to such antic and reckless behavior.

Of course, being a serious journalist, she could, nay should, have called me and taken down a far more interesting account. Upon the emergence of the Taliban, then solidifying control over Afghanistan, there was some premature hope, quickly dispelled, that the Taliban would create stability in the aftermath of the Soviet withdrawal. The Taliban, in fact, made a number of commitments to respect human rights and refrain from any involvement in Islamist movements in the region. It took only a few weeks to become clear that those pledges were meaningless and that the Taliban was an evil force.

In a matter of days, I was organizing opposition to the Taliban, especially from remnants of the Mujahedeen and leaders such as the late Commander Masood, who was assassinated two days before the attacks on New York and Washington. My efforts came to fruition after 9/11. Those Afghan leaders became the core of the Northern Alliance, which drove the Taliban from power. Unfortunately, American incompetence has allowed that victory to go to waste.

As far as my meeting with the Taliban foreign minister during that earlier time period, it gave me a chance to demand the Taliban hold free elections and urge them to bring back King Zahir Shah, an Islamic moderate beloved of his people. Such a move would have precluded the folly of installing the corrupt government of Hamid Karzai.

If Ms. Parton thinks congressmen don’t gather information by such means, then she is staggeringly naïve. The pity for her (and for Salon) is this: By settling for a trashy account in a disreputable publication, she stopped short of discovering a more interesting narrative, albeit one diametrically at odds with the impression she wanted to leave.

For Salon’s part, a little more shoe leather, a little more telephone dialing -- or even emailing – and a lot less reporting-by-googling – and you would have been able to publish a far more honest piece on a most serious topic.

The information on which this piece was based came from a series of investigative articles published  in 2002 by R. Scott Moxley of the Orange County Weekly, a journalist who has followed Congressman Rohrabacher's career closely over many years.  As it happens, on June 28th 2016, Mr. Moxley was named Journalist of the Year and won first place for Commentary by the LA Press Club so Congressman Rohrabacher's characterization of the OC Weekly as a "disreputable throwaway" is not a widely held opinion in Los Angeles area journalism circles.

This particular story was picked up and discussed at the time by such diverse publications as the right leaning Frontpage Magazine and the left leaning Talking Points Memo. Joshua Marshall, editor of the latter, did some additional investigating and wrote, "I did a little research on this and based on my interviews and wire reports I've read, the story is actually true." I stand by my recitation of these events as reported on the public record. Mr. Moxley has responded to Congressman Rohrabacher's comments on them as recently as 2011 and would likely be happy to do so again.