Can Pokémon Go stay on top? 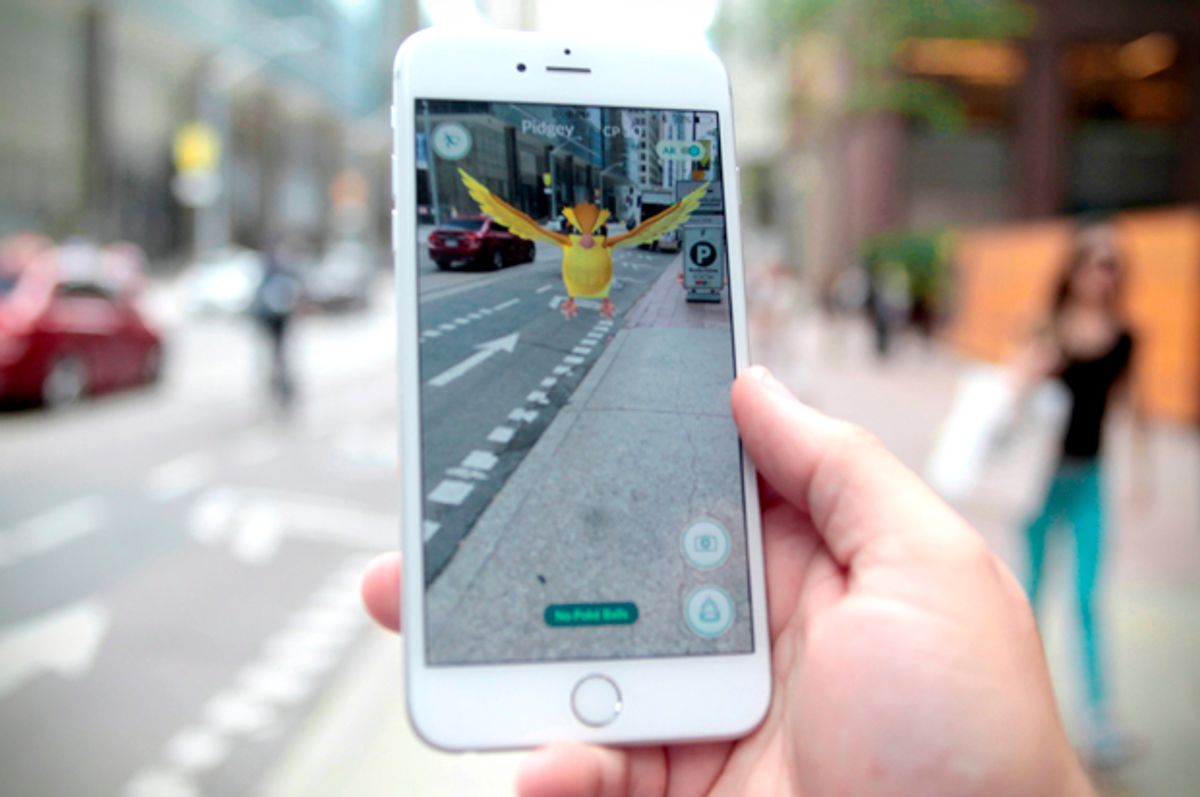 A "Pidgey" Pokemon is seen on the screen of the Pokemon Go mobile app. (Reuters/Chris Helgren)
--

Pokémon Go has taken over millions of phones across the U.S. and the world in just a week. It almost immediately became the most-downloaded and highest-grossing mobile app where it's available, according to app business analysis company App Annie. Just a few days after Pokémon Go launched, it was installed on more Android phones than the popular dating app Tinder, and it's on track to surpass Twitter soon, if not at this very moment. By another measure, people are logging more minutes playing Pokémon Go each day than Instagram or Facebookers are using those apps. It's a bona-fide sensation, with a rate of growth that's totally unprecedented.

The success of Pokémon Go sent Nintendo's stock price soaring, boosting the company's value by $9 billion. Nintendo did not develop the game, but partnered with the Google/Alphabet Inc. spinoff Niantic and Pokemon Co., which is 32 percent owned by Nintendo, to make it.  But how much that growth is based on actual revenue being generated by the game, and whether it's sustainable, is not so clear.

Playing Pokémon Go since it launched has been enough to highlight serious limitations in the gameplay that could result in players losing interest, resulting in a rapid fall after the initial burst of enthusiasm. This might not come to pass, especially if Niantic adds more features to the game, like the highly-anticipated ability to trade Pokemon with other players.

Pokémon Go could still turn out to be a lasting cultural phenomenon, showing game and app developers the moneymaking potential of augmented reality, with millions of regular users. But for now the fact remains that there's just not much to do in the game, especially for casual players, players in rural areas, and anyone not willing to shell out real money to be the very best.

Pokémon Go is perfectly designed to grab new players, especially anyone with a nostalgic connection to the previous games, toys, trading cards, movies, or TV shows. Even for someone without those cultural touchstones, the augmented reality aspect of the game brings out the magic of Pokémon in a way no other medium really could.

The world, it turns out, is populated by fantastic creatures, and all you need is your phone's camera to enter that hidden world. Your desk at work, the line at the DMV, your regular old neighborhood; all are brought to life by vivid creatures that you can catch and make your own.

The fact that the game requires players to go out into the world and walk around has also proven popular. Players have shared their experiences getting exercise, going outside, and meeting new people more often than usual, all in the pursuit of catching Pokemon. Video games have always come with some related anxiety that they encourage withdrawal from the "real world," a sedentary lifestyle, and anti-sociality. The fact that Pokemon Go has an answer to those fears has surely helped its popularity.

Catching 'em All, Over And Over Again

In essence, Pokémon Go is very simple. You catch Pokémon, make them more powerful, then use them to claim gyms for your team. But it's the mechanics behind that that don't bode well for its staying power.

You don't just walk around and catch one of each of the 151 Pokémon that exist in this game. Step two in the process is catching many, many more of each Pokémon you already have, and sending them off to Professor Willow, which lets you power up your existing Pokémon.

In essence, it becomes a grind. It's great catching your first one of each of the Pokémon around your neighborhood and on your commute to work, and even catching the same one for the fourth or fifth time can be fun. But after catching a pinser for the dozenth time to upgrade one to CP 652, all but the most dedicated trainers might start getting bored.

After you catch a bunch of the same Pokémon to make one really powerful, you bring it to a gym to fight for your team, and seize the gym from the other teams. Or if you visit a gym owned by your team, you can train your Pokémon there. Fighting is simple but chaotic. You just tap the other Pokémon to attack and swipe side to side to dodge.

For reasons it's difficult to guess, Niantic got rid of the level system that's been in Pokémon since the series began and replaced it with "CP" which might stand for challenge points, or combat points. I'm not totally sure. But it measures how good a Pokemon is at fighting. Most Pokemon you catch will be around 10 to 100 CP for the first several levels, getting higher as you gain levels as a trainer, which is its own thing.

Aside: One interesting thing about the game is that none of the above is really explained to the player. There are a few in-game tips that are short and cryptic. I've had to read articles online to figure out many of the basic functions of the game. This has probably helped hook some players. It does give you the feeling you're exploring something unknown. But it gives a false sense of depth. when I realized I had seen much of what the game had to offer a few days in, it was disappointing.

And too bad about your CP 652 pinser, which took days of playing to build up. If you live in an area where Pokémon Go is popular, everyone at nearby gyms is way more powerful. And imagine how powerful everyone else will be in a few more weeks.

This all adds up to a system that isn't very friendly to casual pokemasters, anyone who gets into the game late, or even rural players, who report finding nearly no pokémon around. That's not to mention the technical issues that have plagued the game since launch due to its popularity. Temporary unavailability might encourage players who want to see what all the fuss is about to keep trying for a while, but eventually an annoying experience is going to be too much to put up with. Since the game is free, players could be particularly fleeting. They've invested nothing but time into the game, and have little reason to keep playing if they get bored.

Jan Dawson, an analyst at Jackdaw Research, told CNET the initial wave of nostalgia-driven enthusiasm might not last for such a time-consuming game. "It's hard to imagine that being sustainable, especially once we get past the summer and people's lives get busier again," Pat said.

Pokémon Go could overcome these problems and keep its incredible popularity for months or even years. New features from the developers, or tweaks to keep the game fun for more casual players and rural denizens could go a long way towards retaining players. And despite the fact that I'm raising these concerns, and I'm nowhere near powerful enough to compete for a gym, something's keeping me playing. And that surely counts for something.