Don't worry about the markets, they're fine—it's all these investors who are the problem

They're easily spooked, chained to the news-cycle, and seem more powerful than ever 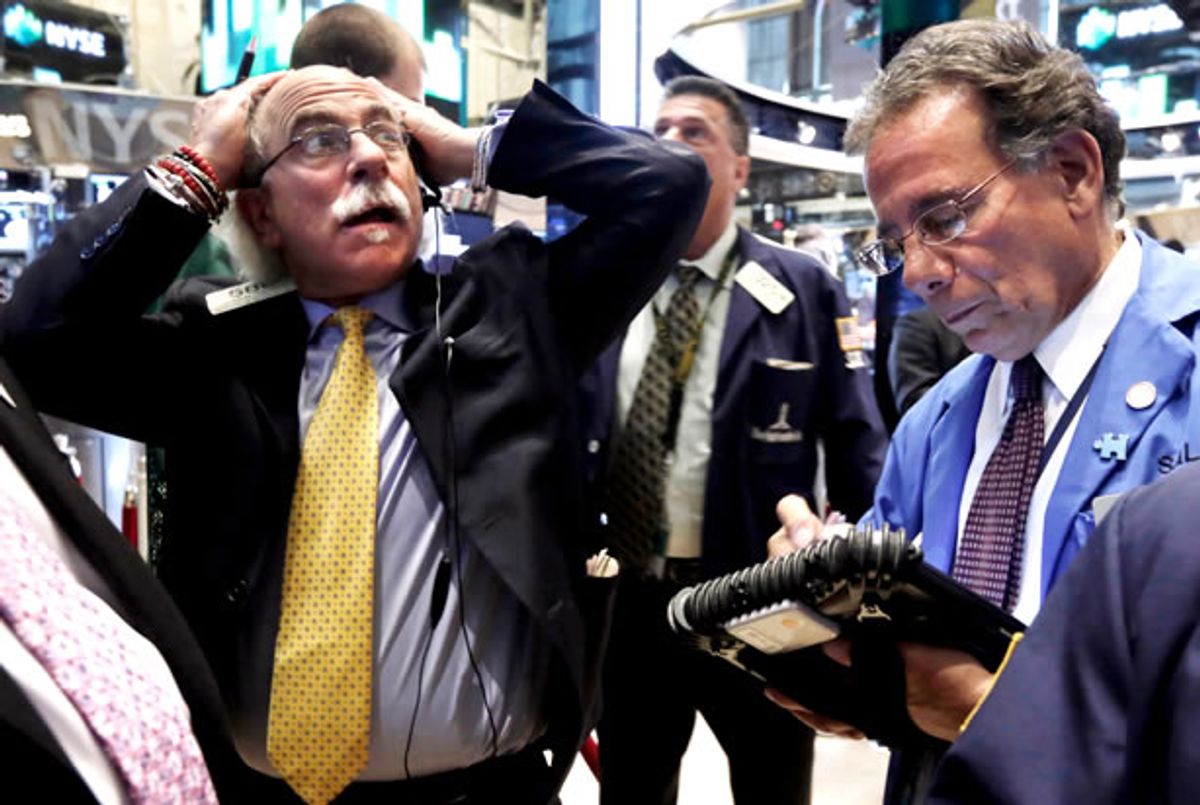 Global markets initially panicked after England announced its decision to abandon the European Union -- for example, the Dow Jones Industrial Average dropped 870 in two days -- but in the weeks since, those same markets haven't merely recovered, they have soared to record highs. The reason behind this is deceptively simple, but one that has been lost since the early days of economics -- human psychology isn't necessarily, or even largely, driven by rational impulses.

As Nobel Prize winners Daniel Kahneman and Amos Tversky demonstrated, the pleasure associated with profiting off a financial transaction pales in comparison to the pain associated with losing money, meaning that even when risk becomes rational in a given economic environment, many investors will still avoid it. This temperament leads to what behavioral economists consider to be a fear-driven gap between the perception of market conditions and the actual conditions themselves.

At the moment, many investors are still too shell-shocked by the recent financial crises to sensibly respond to geopolitical events, be it Brexit or the possibility of Donald Trump winning the White House. Easily spooked and chained to the news cycle, they back out constantly so as to avoid the pain of losing money, but are unclear when to dive back in. Over-valuing the so-called "bird in the hand" leads to selling when the markets are low, and buying as they begin to rise -- essentially the opposite of the sort of winning strategy a rational economic would employ.

Which only highlights how irrational most economic actors are, as well as the discrepancy between the behavior of those fearful actors and the markets in which they operate. To their mind, every "seismic" geopolitical shift becomes a "Lehman moment," which if nothing else frames the debate about the future in the roil of potential crisis -- even though stock indexes indicate that the markets are fundamentally sound.

The overabundance of information -- news-cycle driven investing -- is partly responsible for these swings of 10 to 12 percent in currency and equity markets is not the sort of behavior that should exist in "normal" operating conditions -- they persist only in those still driven by fear of the next financial crisis.

Or as Nobel Laureate Robert Shiller predicted in 2015, investors are becoming increasingly, and irrationally, crisis-averse. If the bubbles that precipitated the previous financial disasters were driven by "extravagant expectations for the future," what is at work here is a congenital pessimism.

When investors "see the market dropping, they begin to fear that others have the same doubts, and so many of them hurry up, trying to sell before the others do. So, the downswing can be surprisingly fast, recalling the bursting of a bubble, even if it is not quite as sudden as that."

In short, investors have trained themselves to see bubbles where none exist and over-react to everything, be it the latest news out of China, or the concessions they imagine Hillary Clinton must have made to win the endorsement of that socialist Bernie Sanders.