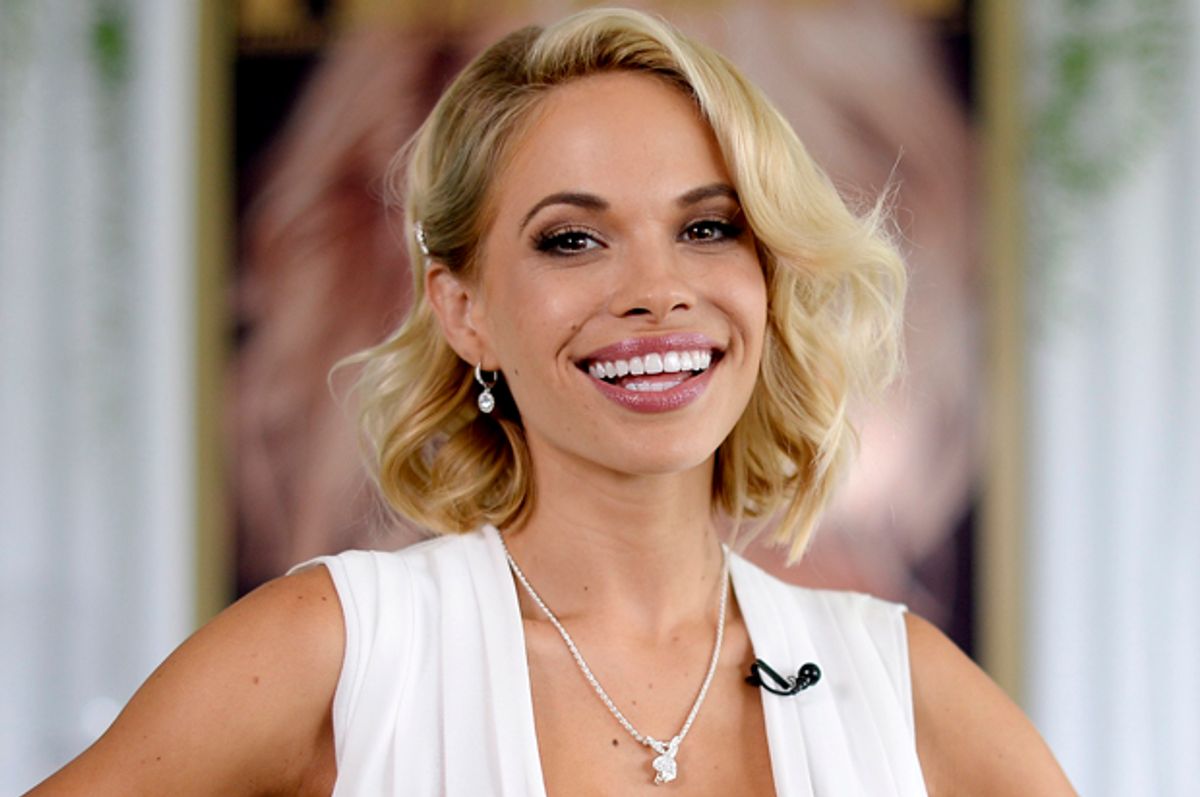 Playboy playmate Dani Mathers was banned from all L.A. Fitness locations on Friday after she posted a Snapchat mocking another woman using the gym's showers. Mathers captioned the snap, "If I can't unsee this then you can't either."

L.A. Fitness told TMZ — who originally broke the story — that it had filed a police report against Mathers.

In addition to her L.A. Fitness ban, Mathers has been suspended indefinitely from her regular guest-host spot on "The Heidi & Frank Show" on Los Angeles radio station KLOS, TMZ reported.

Mathers then posted an apology video — also on Snapchat — in which she said the picture was meant as part of a "personal conversation with a girlfriend and because I am new to Snapchat, I really didn't realize that I had posted it."

"I have chosen to do what I do for a living because I love the female body," she explained. "And I know that body-shaming is wrong and that's not what I'm about. That's not the type of person that I am."