As she put it on Twitter, it's "breaking the mattress of America" 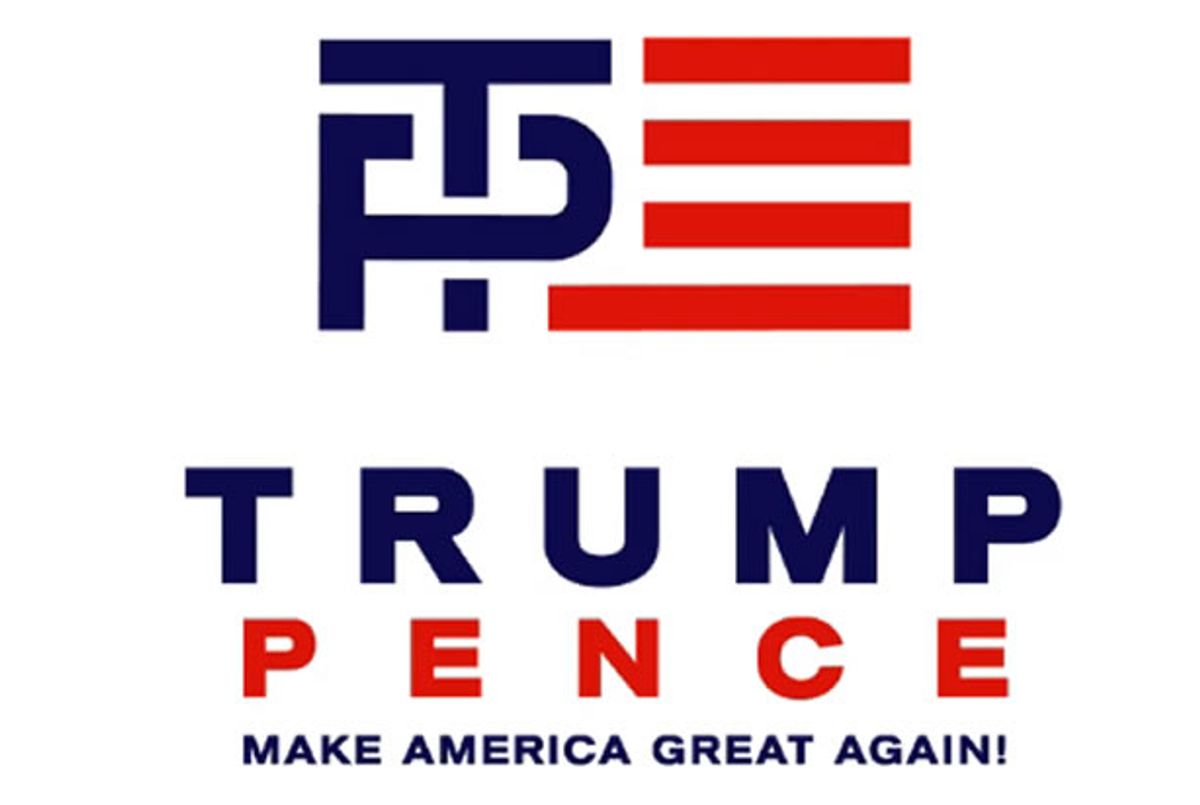 In the email announcing that he had selected Indiana Governor Mike Pence as his running mate, Donald Trump also included the pair's logo:

Even though it's far more sedate an image than one might expect from someone as fond as his name as Trump is -- an interlocking blue "T" and "P" alongside red and white stripes reminiscent of the American flag -- it only took Samantha Bee and her staff a little under three hours to find the horrifying hidden meaning behind it: