Heat is the No.1 weather-related killer, and as carbon pollution continues, global temperatures will keep climbing 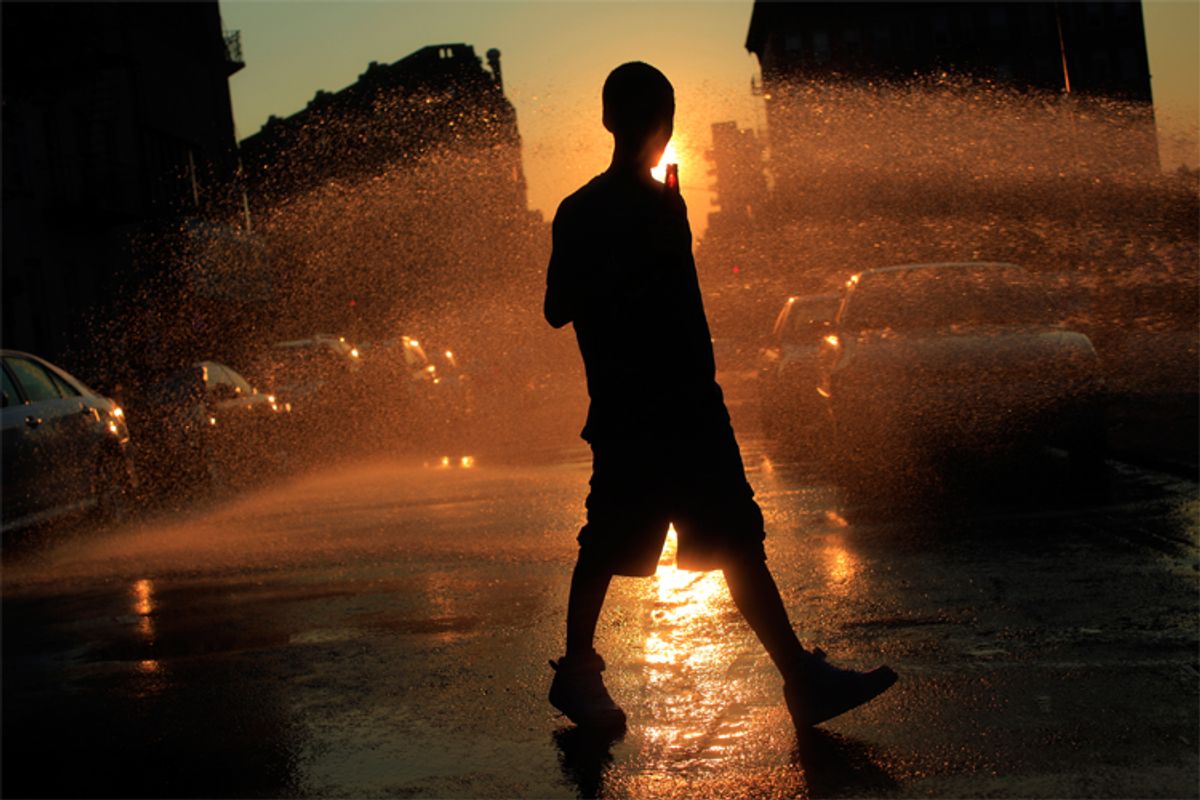 Across the United States, we’ve hit the dog days of summer. Most regions are now seeing their hottest temperatures of the year, and the combination of heat and high humidity sends most people running for a cold drink, some shade or an air conditioner.

Heat is the No.1 weather-related killer, and as carbon pollution continues, global temperatures will keep climbing, bringing hotter summers and more dangerous heat.

Climate Central's States at Risk project analyzed historic trends in summer temperatures since 1970 as well as projections for future extreme heat for hundreds of metro areas across the lower 48 states. Using several measures, our findings show that most U.S. cities have already experienced large increases in extreme summer heat and absolute humidity, which together can cause serious heat-related health problems.

We found that scores of U.S. cities home to tens of millions of people will face dramatic increases in dangerous and extreme heat days by the middle of this century if current greenhouse gas emissions trends continue.

The hottest parts of the country, including Texas, the Southwest and Florida, have already experienced large increases in extreme heat days, including days over 90°F, 95°F and 100°F, as well as rising levels of humidity that make hot days feel miserable and extremely hot days downright dangerous. Cities in those same states are facing the biggest projected increases in dangerous heat over the next several decades. Extreme heat and the combination of high heat and humidity pose serious risks for human health. According to the National Weather Service, heat is the No.1 weather-related killer in the United States — more than tornados, floods and hurricanes — and it is estimated that between 600 and 1,500 heat-related deaths occur in an average summer. Individual heat waves can be even more deadly. The 1995 heat wave in Chicago is estimated to have led to more than 700 deaths and in excess of 1,000 more hospital admissions than normal.

This deadly risk is not likely to go away. By the end of the century, heat-related deaths are projected to increase by thousands to tens-of-thousands each year in the country. Those most at risk of heat-related health impacts are infants and young children, elderly over 65, those already ill, athletes and outdoor workers. But everyone is potentially at risk.

Elevated heat, especially along with high humidity, makes it difficult for the body to cool itself. In addition to increasing the risk of mortality, heat can cause problems throughout the body. It can range from dehydration, cramps, exhaustion, dizziness, vomiting and heat rash to more serious issues involving kidney failure, heart issues and exacerbation of respiratory issues. These heat impacts also provide a challenge to the healthcare industry with increased hospitalizations, doctors’ visits and insurance claims.

The combination of hot temperatures and high humidity creates dangerous conditions for humans. The National Weather Service defines as dangerous any day when the heat index exceeds 104°F. Under these conditions, sunstroke and heat exhaustion are likely, and physical activity or being outside for long periods is risky, potentially leading to heat stroke. These dangerous heat days pose the greatest threat to kids, the elderly and people who don’t have easy access to air conditioning.

We analyzed 360 of the biggest U.S. cities to see how the average number of danger days is projected to increase in the coming decades. The projections draw on 29 global climate models that have been downscaled across the continental U.S. to represent local climate conditions. The 25 U.S. cities projected to see the biggest increase in danger days over current conditions are: Even in the absence of high humidity, extremely hot days pose a considerable health threat, particularly under prolonged exposure. Across most of the country, temperatures have increasingly been exceeding 90°F, 95°F and 100°F since 1970.

The top 25 cities that have seen the biggest increase in annual average days above 90°F since 1970: The top 25 cities that have seen the biggest increase in annual average days above 95°F since 1970: The top 10 cities that have seen the biggest increase in 100°F days are: Since 1970, summers have been warming in 45 of the lower 48 states. In many of these states, this warming is driven largely by nighttime temperatures getting hotter. As temperatures rise, evaporation increases, causing increased water vapor in the air. That extra moisture makes the air feel muggier and can make it a lot more difficult to tolerate the heat because our bodies have a harder time keeping cool through perspiration. As summers warm across the country from increasing greenhouse gases, cities are also getting sticker.

Climate Central analyzed how the average summer dew point has changed in 200 major U.S. cities since 1970 (the dew point is a measure of how much moisture is in the air). We found that 87 percent of those cities have experienced an overall increase in their average summer dew point over the past 46 years, indicating that there is typically more moisture in the air on hot summer days now than there used to be.

The top 25 cities seeing the largest increase in summer air moisture since the 1970s are (several of which are among the fastest warming cities in the country): If greenhouse gas emissions continue unabated, global warming over the rest of this century is projected to make summers across the entire country much hotter. Climate Central analyzed how hot average daily summer high temperatures are projected to climb by 2100 and compared those future temperatures to today’s locations. Examining 1,001 cities, we found that summer heat is projected to increase 7-10°F, but some cities could see summers an average of 12°F warmer than today.