5 delusional right-wing moments this week: The lunacies of Pence and Gingrich

Donald Trump maintains his power to shock and amaze us, while Megyn Kelly continues to be racist 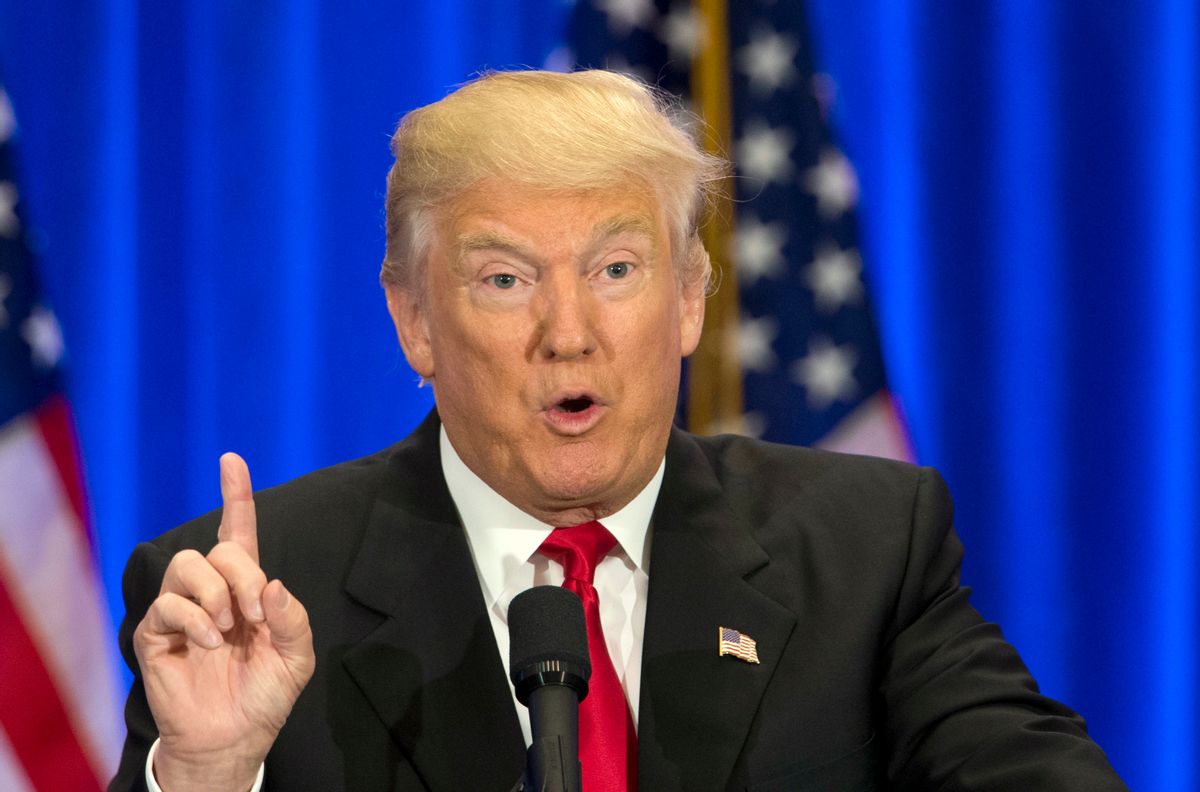 The absurd spectacle of the Donald Trump veepstakes played out on a canvas of carnage, from Baton Rouge, Louisiana to Nice, France. The travesties and the tragedies brought out the loons, who more or less tripped over one another to say the craziest, most irresponsible things. Trump grew quieter as the week wore on — the whole running mate thing seemed to have him pretty stumped. Why should he share the spotlight? It's not fair. One seemingly sane thing he did: not inviting Sarah Palin to speak. Alaska, as it turns out, is far from Cleveland. She can't even see it from her house. Sarah may have been quiet. These clowns, alas, were not.

1. Newt must have thought he still had a shot.

In a way, we’re almost sad that the Newtster didn’t get the nod in Trump’s veepstakes this week. Think of the dumpster fire around which we’d all be warming our hands by now.

Gingrich did manage to use his brief moments of recent relevance to good effect, reminding us all how this atrocious idiot needs to be jettisoned to his rightful place on history’s dust heap ASAP. Still apparently auditioning for the job he did not get, Gingrich took to the airwaves before the dead in Nice had even been covered in sheets Thursday night, and called for thought policing Muslims in America. Because that’ll show the terorrists.

"Let me be as blunt and direct as I can be: Western civilization is in a war. We should frankly test every person here who is of a Muslim background, and if they believe in Sharia, they should be deported," Gingrich told Fox bobblehead Sean Hannity. "Sharia is incompatible with Western civilization. Modern Muslims who have given up Sharia, glad to have them as citizens. Perfectly happy to have them next door."

Seriously? Do these two idiot boxes really think that will work?

No less hysterically, Trump confirmed that we are indeed at war, and that blaming innocent people fleeing actual war is the right way to go. "We're dealing with people without uniforms ... we are allowing people into our country — we have no idea where they are coming from. They have no paperwork, no documentation," Trump told buddy-boy Bill O’Reilly. "This may be the great Trojan Horse of all time."

This is the calm (but tiny) hand that wants to steer our ship of state.

By Friday, Gingrich was acknowledging his idea was a little unrealistic and a little unconstitutional, and tried to assuage the fears of Muslims, saying, "This is not about targeting a particular religion or targeting people who practice in a particular way."

2. Mike Pence takes leave of his or any human’s senses.

Mike Pence already has so many adorable personality quirks, having pushed legislation to discriminate against gay people, long denied both evolution and climate science, and done his level best to deprive women of choice and health care.

But what makes him such a good running mate for Trump is that he is willing to smooch the orange one’s behind to an even greater extent than sad sack, hopefully soon-to-be-indicted Chris Christie. How else can you explain Pence introducing Trump thusly, at a recent campaign event?

“You know, Donald Trump understands the frustrations and the hopes of the American people like no other American leader in my lifetime since Ronald Reagan…Donald Trump gets it. Donald Trump hears the voice of the American people. He’s been successful on Wall Street but he’s never turned his back on Main Street. He’s never forgotten or forsaken the people who work with their hands, who grow the food, build our roads and bridges, tend to our sick, teach our kids.”

And for his trouble, Pence got the most wonderful logo for his new job and a totally convincing tweet from his new boss: “My first choice from the start!” Trump asserted unconvincingly.

3. Donald Trump is so funny.

On the eve of his Cleveland carnival, presumptive GOP nominee Trump took some time out from being awful about every issue and utterly inept about choosing his running mate just to be a total cartoon of a caricature.

His buddy Bill O’Reilly spent so much of his week lecturing black people about how wrong they are on matters of race and racism, how they should hate Black Lives Matter, because white people like him do, and also how he knows better than anyone else what Martin Luther King Jr. would do and think if he were alive.

That’s right. Trump proclaimed himself as much a victim — maybe more — of the system than black people, who he’d rather not talk about except as they relate to him, not that they do.

O’Reilly was visibly shaken: “Yeah, but that’s not going to lift anybody’s spirits.” He wondered if Trump had understood the question.  Everyone did.

Trump would not play, insisting that because of all the terribly unfair things that have happened to him — the inheritance, the wives, the gold-plated logo, the hand-size thing, the terribly mean press — he understands the African-American experience. “I can relate it really very much to myself,” he said.

Veteran political reporter E. J. Dionne once wrote that the challenge with covering the Trump candidacy would be maintaining the ability to be shocked. We’re not having a problem with that.

4. Even if she isn’t defending Roger Ailes, Megyn Kelly is still awful.

Megyn Kelly gets no points from us for being one of the few Fox Newsians not to speak out in defense of her boss Roger Ailes in his sexual harassment case with Gretchen Carlson. Kelly remains so consistently horrible on race issues that we’re not quite sure where she’ll work once she presumably finally does stop working for Fox.

Her ploy of inviting black people on her show in order to shout them down about racism will be hard to place at another network, one would hope. This week, Kelly very much tried to do that with comedian D. L. Hughley, who came on to discuss the shooting of Philando Castile by a police officer in Minnesota.

Megyn Kelly was pretty sure there was no racism involved. She’s sure of this even as she lectured Hughley about how not all the information about the incident is known.

This got Kelly’s back up. Where did he get off? “That’s insulting,” she shouted. “You just insulted millions of people watching this channel.”

Hughley clearly didn't care. “And I’m insulted by the things I hear on this network, so we’re even,” he said. “I couldn't care less about insulting people that insult me on a daily basis.”

Can we get an amen.

Funny, Kelly did not shout at or interrupt racist former cop and perjurer Mark Fuhrman, who she had invited on to comment before Hughley.

5. Fox’s Stuart Varney rants and raves when confronted with the truth.

Fox Business’ Stuart Varney ranks among our least favorite British imports. The stalwart defender of the global elite, basher of Obama, taxes and fairness was left sputtering like a deranged maniac when confronted this week with some uncomfortable truths. The deliverer of these truth bombs was Occidental College political scientist Caroline Heldman, who informed Varney of a couple of things: first, there was the fact that Republican administrations tend to run up more debt and that higher taxes on the rich don’t actually stunt the economy.

Blasphemy, Varney roared. "Where has this ever worked? Can you show me an economy which does what you have said it should do..."

Actually, she could. It was called, “the '90s and Bill Clinton."

Varney at one point began ranting and lying about taxes, which he shockingly doesn’t like much. "You're paying over half of your income in taxes to the city, state and federal government. Over half! I say that's immoral. Flat out immoral..."

"It's the strivers that make income in America!" Varney sputtered.

Anyway, everyone knows that the rich don’t pay that much in taxes, because as Heldman says, “We all know how tax havens work. We don't pay 50% of our wealth in taxes. Give me a break."

Grrr, the truth makes Varney so mad, he could just spit.