“It’s like a nightmare that just won’t go away”: The Corinthian Colleges scam demonstrates the madness of student debt 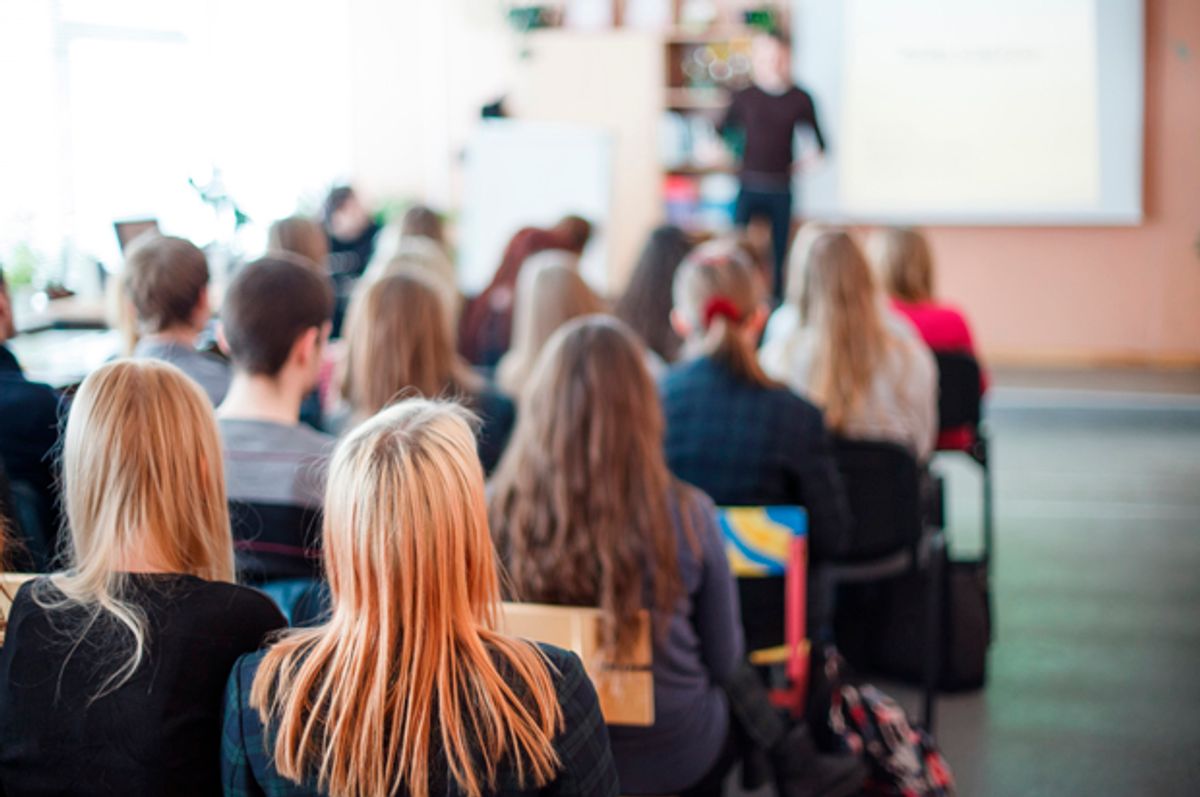 Debt is one of the few products we still manufacture in this country. According to one incredible analysis, one in three U.S. adults have outstanding debt that has been placed into the hands of a collection agency. And any market that big becomes a target for financial operators to trade and re-trade. Whether the debt is even legal matters less than whether you can make money from it.

A class-action lawsuit on behalf of students who attended the predatory (and now defunct) for-profit Corinthian Colleges seeks to cancel debt from private student loans, known as Genesis loans, that Corinthian sold to third parties. Many of these students have already seen their federal loans forgiven, and a federal court has already deemed the Genesis loans fraudulent. But collection agencies still harass student borrowers for payment, the illegal debt acting like a zombie that you cannot kill. The class-action case seeks to finish the debt off once and for all.

“These students have just been victimized at every level of the process,” said Anne Richardson of the Consumer Law Project at Public Counsel, the firm initiating the lawsuit. “They were trying to educate themselves, lift themselves out of poverty, and they’ve just been hit at every level.”

The Corinthian saga is by now well-known. The network of for-profit colleges lied to students about job placement, inducing them to enroll in expensive programs that cost up to 10 times as much as a community college degree. The educational experience was suspect; students got exam credit for playing board games, and work study credit for “externships” at fast-food restaurants. In the end, Corinthian granted meaningless diplomas that did nothing for students’ career prospects. The scheme eventually fell apart; Corinthian filed for bankruptcy in May 2014, closing all of its campuses.

Corinthian feasted on taxpayer dollars. They swallowed up state and federal grant money, and had students take out billions in loans, most of them issued by the Department of Education. But in order to qualify for federal student loans, Corinthian had to pass the “90/10 rule,” meaning that at least 10 percent of their income had to come from sources outside the U.S. government.

So they set up Genesis, a private loan program that students were cajoled into taking out. The interest rates on these loans were typically double of what federal student loans offered, and they had to be paid back in part before graduation. But staffers would routinely pull students out of class and even withhold diplomas to force them into Genesis loans, according to a September 2014 complaint of the Consumer Financial Protection Bureau (CFPB).

Sixty percent of those Genesis loans defaulted within three years. And by August 2014, Corinthian passed on $505 million in this debt to Turnstile Capital Management, a debt collector specializing in defaulted loans, at four cents on the dollar. Those loans were put into an entity called the Balboa Student Loan Trust, and University Accounting Service, a third company, engaged in the daily harassment of borrowers to pay back the debt.

At the time that these three entities got involved with the Genesis loans, Corinthian had already been under investigation by state attorneys general for four years, and by CFPB for two. In fact, CFPB got a judgment in October 2015 in federal court, ruling that Corinthian broke the law by deceiving 115,111 students into taking out Genesis loans.

Judge Gary Feinerman said that Corinthian must pay students back $531 million in restitution for the illegal Genesis loans. However, with Corinthian bankrupt at the time, there was no mechanism to get the company or its former executives to pay up.

That’s what makes this case so egregious. Turnstile and its partners continue to try to collect on loans that have been deemed fraudulent in federal court. Students report being continually harassed for payment on Genesis loans, even though they are a proven sham.

“They’re relentless,” said Dawn Thompson, a student at Corinthian from 2003-2011 who now works as a legal assistant and a secretary. “They call probably every month, at least twice a month. They send postal mail, email. They threatened to turn me over to collections.”

The government has begun to forgive many of the federal Education Department loans Corinthian students took out. Under the law, students are supposed to have student debts forgiven if they were issued fraudulently. After years of stalling, the Obama Administration has forgiven about $171 million from over 11,000 students. This is a small portion of the $3.6 billion in outstanding debt on federal loans with Corinthian, and activists are agitating to get it all discharged.

But even if all the federal loans get canceled, that wouldn’t include the private Genesis loans no longer in the hands of Corinthian, but this web of debt collectors. “It’s clearly proven that these loans are fraudulent,” said Laura Hanna of the Debt Collective, a group organizing on behalf of student debtors. “People are being victimized by predatory lending. Why is it that these loans are still out there?”

In a video released by Public Counsel, Deborah Terrell, the lead plaintiff in the lawsuit and a former student at one of Corinthian’s Everest campuses, explained she made less money now than before she attended the college. “My federal loans got discharged, although my private loan is still in effect,” Terrell said. The lawsuit details Terrell’s monthly collection letters on the Genesis debt, including mail and telephone harassment several times a week. Collectors told Terrell that the company would “come after [her] house” or garnish her wages over the outstanding debt. “It’s like a nightmare that just won’t go away,” Terrell said.

Public Counsel argues that Turnstile and its partners knew that the debt they purchased was based on fraudulent conduct, but they collected on it anyway. They want all the Genesis loans discharged, and all the money students have paid on them to be returned. They also want damages for abusive and unfair debt collection practices by University Accounting Services, the lead collector, which wasn’t allowed to threaten wage garnishment or home repossession on these debts.

The case shows the terrible consequences that can result from the trading of debt as an asset. Even if that debt was illegal, shifting it around from buyer to buyer disconnects it from that illegal action. And as a result, borrowers have to beg courts to get the collections stopped, when the debt should never be collected in the first place.  “These private lenders are victimizing these students a second time by continuing to try and collect on debt that was incurred through fraud and deceit," said Anne Richardson of Public Counsel in a statement.

It’s appalling that the $530 million ordered by a federal judge against Corinthian over demonstrably fraudulent Genesis loans cannot be collected, but the $4,900 Deborah Terrell took out in Genesis loans can. Policymakers should consider how to fix this, so borrowers don’t have to pay fraudulent debts, regardless of if they get sold to a third party. “From my perspective it’s an absolute outrage,” said Laura Hanna of the Debt Collective. “This is low-hanging fruit that we should have taken care of a long time ago.”